TymeBank: What it takes to go digital 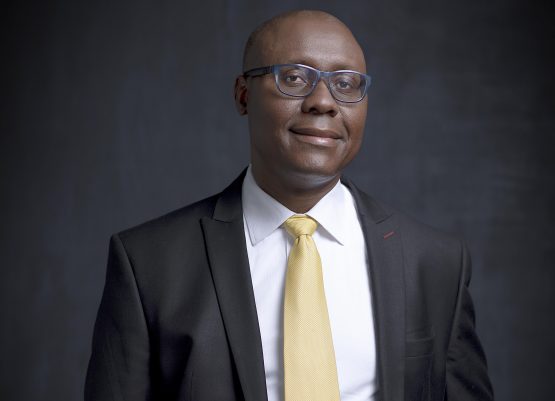 The South African banking sector is efficient and safe, but unfortunately also expensive.

“If you look at the world, in no other place do we make close to half the money out of transactions,” says Dr Johan van Zyl, co-CEO of African Rainbow Capital (ARC). “In fact, in most parts of the world, the transaction part of banking is close to being free.”

ARC’s new digital banking child, TymeBank, hopes to change this by offering cheap transactional (see below) and other banking services through self-service kiosks at Pick n Pay and Boxer stores. The bank doesn’t have any physical branches. Since its soft launch in November 2018, roughly 80 000 customers have signed up. The bank has 500 kiosks, which it aims to grow to 730 in the next few weeks. Customers can open an account and get a debit card issued in their name at a kiosk in less than five minutes.

Van Zyl estimates that TymeBank will be able to save the two million South Africans who receive pensions from Sanlam, Alexander Forbes and other businesses linked to the ARC stable around R4 billion in transaction fees each year, if they open a TymeBank account. The calculation assumes a reduction in banking cost of around R150 to R200 a month for 12 months (R2 000 a year for two million people).

“[That is] of course if we get them [as banking customers]. So that is the challenge.”

The bank is primarily targeting people 16 years and older who fall into LSM 5 to 7 and who are underserved by traditional banks. This means that they may have banking products, but are not using them as they were intended. TymeBank deputy CEO Tauriq Keraan says out of a total addressable market of 21 million customers, roughly 17 million are underserved.

Yet the pilot phase has shown that the offering has also appealed to those outside the targeted LSM band. Roughly 20% of its customer base is between the ages of 46 and 65 and have presumably had a banking relationship with one or multiple banks for at least 20 years.

“At the highest level, we want to focus on consumers as well as the SME sector,” says CEO Sandile Shabalala.

The bank is deliberate about this, he adds, as it believes these segments are “extremely underserved”.

The graphic below shows the services it currently offers. Services that will only be launched at a future date are highlighted in yellow.

The move to digital

But what does it take to get a digital bank off the ground?

Coen Jonker, co-founder and chairman, says the structure of banking and financial services in South Africa is still largely designed to serve the privileged classes.

“We believed that it was possible to change that. We knew we needed the help of government. We needed the help of regulators, but we knew that the initiative in the first place would have to come from the private sector and that is the challenge that we took on.”

As every new bank can attest, the end game everyone is working towards is to do everything from a phone.

But to achieve true accessibility, several key practical, operational and technology problems had to be solved.

In moving from branch banking to pure online and phone banking, the first challenge is physical access to opening an account and offering basic low-cost services that don’t require a branch.

Jonker says the bank went through several iterations of creating retail infrastructure that would enable customers to open an account, get a debit card and walk away with a live account without using any paper. The kiosks at Pick n Pay and Boxer stores are the result.

The second problem was cash deposits. It overcame this by turning Pick n Pay and Boxer till points into cash deposit taking points.

To improve financial access, fees also had to come down. One of the biggest expenses for traditional banks is salaries.

“We run this bank today with 125 permanent employees and we believe that that number will not change substantially at scale …” Jonker says.

Another major expense for banks is technology. To address this, TymeBank had to use cloud services. Although technology has matured over the last seven years, Jonker admits that this has been a challenging process. Another way it reduced costs was to link into its retail partners’ technology.

“We’ve become really good at APIs [application programming interfaces], technology integration and building for ourselves an architecture that is very flexible and [which] enables us to change things in and out, very cheaply.”

Finally, it also had to look at the cost of lending.

Jonker says this boils down to finding the best customers and pricing for risk effectively. It has invested heavily in data analytics, machine learning and artificial intelligence (AI) technologies to build what it believes is a superior data analytics capability.

Its 10-year partnership with PnP and Boxer also provides it with access to SmartShopper data, which will provide it with better insight into these customers than merely looking at credit scores and other traditional risk metrics.

TymeBank’s current business model projects that it will break even in 2022, with an active customer base of two million customers once it starts lending to 6% of that base.

The question is how realistic this is.

Keraan says the focus is to make the partnership with Pick n Pay and Boxer work and it will be leveraging the footfall in these stores to attract new customers.

The bank has reached a daily run rate of five new customers per active kiosk, which suggests that it could attract over 100 000 new customers per month in the coming months before its starts leveraging other distribution opportunities, he adds.

TymeBank, maybe this is your chance to take on all the orphan accounts from Bosassa, that was closed by other commercial banks.

Would such a move be possible/allowed?

“”The South African banking sector is efficient and safe, but unfortunately also expensive.””
Expensive, yes. Efficient and safe???? not so sure!
Ask the clients who lost at VBS!!!!

Safe?- keep on hearing about simswops, scams, unauthorised Dt. orders and banks shrugging their shoulders, saying ‘not my problem’. The Supreme court had to step in to protect homeowners where they forfeited their houses to the banks and were badly done in when the houses were auctioned. The traditional banks carry a mark of shame on them for this heinous history.

It will soon be Tyme Out for Tyme Bank!!!

Where can i get the shares for this? This might be the next Capitec. Its gaining momentum and a lot of their target LSM is going for it as they don’t have time to go to traditional banks and most do not have proof of residence. The target market find traditional banks too complex and intimidating for them but Tyme Bank concept might be more simplistic for them. If you find many stokvels in the townships still distributing hard cash amongst members instead of using EFT/ewallet etc. then just know there is an untamed market.

As far as I know you can’t buy shares in ThymeBank yet, you will have to buy shares in the holding company (African Rainbow Capital Investments, sharecode AIL).

This would then be similar to buying PSG shares before Capitec was unbundled.

Should ARCInvest ever decide to unbundle ThymeBank and list it seperately, you will then receive shares in Thymebank for each share of AIL you own (the management will decide and announce how many shares in ThymeBank you receive per AIL share), similar to how Naspers investors received MultiChoice shares (“for free”) when MultiChoice was unbundled.

How does Tyme monetize this this business?
What interest rates do they give for savings if at all?

Perhaps this is the biggest catch.

How this is humanly possible for 10% interest really baffles the mind. Are they major risks with deposits or purely shifting their interest earned from Everyday accounts to pay the Goalsave accounts? This needs explanation.

Seems to good to be true.