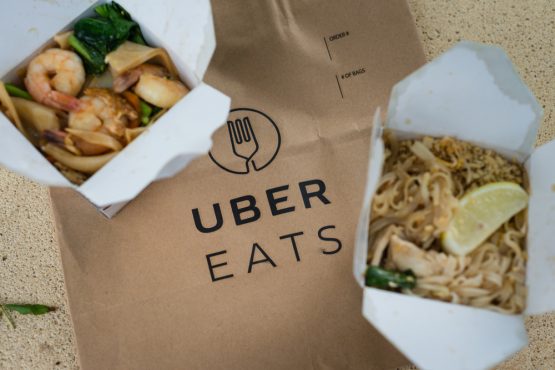 Uber, whose shares are down 22% from their 2019 IPO price, says it will continue to expand its core Indian business after unloading Eats. Image: Shutterstock

Uber Technologies will sell Uber Eats in India to local rival Zomato in a $172 million deal, according to a person familiar with the transaction, underscoring the ride-hailing giant’s effort to cut back on loss-making operations.

Uber agreed to offload the business in return for 9.99% of the Indian startup, maintaining a foothold in one of the world’s fastest-growing internet arenas, the companies said in a statement. As part of the deal, the US company will shutter operations but direct all restaurants, delivery companies and diners to Zomato. Neither company offered up financial details but the person said the value of the Zomato shares Uber gets is estimated at about $172 million — the Indian startup was last valued at $2.2 billion.

The deal marks yet another leg in a wave of consolidation sweeping the food delivery sector. Uber, which is trading well below its IPO price, seeks to hive off loss-making operations to achieve its goal of being profitable on an Ebitda basis by 2021. While it will continue to vie with Ola — also backed by SoftBank Group — in ride-hailing, exiting the food business can help staunch bleeding in one of the most competitive markets in the region. SoftBank founder Masayoshi Son has impressed upon the companies within his massive portfolio the need to curtail excess and focus on the bottom line.

“The competition in this space is going to continue to be intense, and the food delivery category is still very small compared to the overall food service market in India,” Zomato founder Deepinder Goyal said in a blogpost. “Through this deal, Uber Eats India users now become Zomato users. I want to assure Uber Eats India users that their user experience won’t be compromised in any way – if at all, the scale gives us higher density to make our deliveries faster.”

Uber’s sale of its Eats business in India makes sense, and echoes a similar step in South Korea as it cuts ties with unprofitable markets. Pulling out of India could kick up a 500 basis-point headwind to the Eats segment’s sales growth yet deliver a 10 percentage-point boost to its Ebitda margin, which remains substantially lower than those of peers such as Just Eat and Grubhub.  Mandeep Singh, analyst

Uber started its food-delivery business in India in 2017 with much fanfare and a huge marketing budget. The San Francisco-based company has since poured resources into the operations to lure users with bargain food deals delivered to the doorstep, but it’s pitted against competitors with powerful investors.

Uber, whose shares are down 22% from their 2019 IPO price, said it will continue to expand its core Indian business after unloading Eats. Employees that lose their jobs as a result of the deal can reapply for other roles within the company, the person said.

“India remains an exceptionally important market to Uber and we will continue to invest in growing our local rides business,” Uber chief executive officer Dara Khosrowshahi said in the statement.