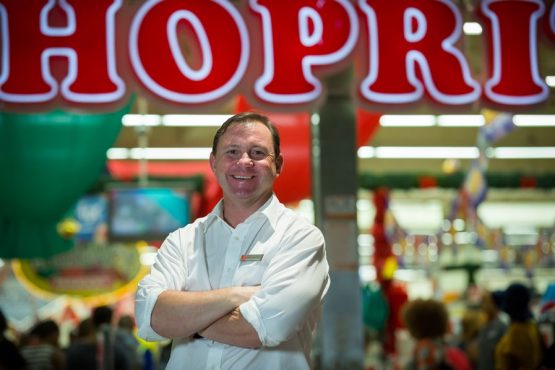 Shoprite Holdings, which has been under significant pressure on executive pay in recent years, will overhaul the remuneration of its top managers. However, the changes will only be implemented next year.

Read: The ABCs of remuneration terminology

The changes come following the astonishing result at its last AGM where 73% of ordinary shareholders voted against the group’s remuneration policy and 69% against its implementation.

The detailed votes on resolutions were disclosed by the group for the first time in April. Previously, it would publish only a single result that is distorted by the high-voting deferred shares under the control of chair Christo Wiese’s Thibault Square Financial Services. The group says its remuneration committee, “together with executives and the company secretary, led the engagement with dissenting shareholders [following the AGM] to understand their concerns”.

The result is a fundamental overhaul of the group’s remuneration policy, a process being steered by new lead independent director, Professor Shirley Zinn. Zinn joined the board in August 2018. Following the departure of Edward Kieswetter (who returned to the South African Revenue Service last year), she took over as lead director and chair of the group’s remuneration committee.

From 2020, short-term incentives will now be measured on an expanded set of “performance criteria that will apply to 11 executives, including the CEO and CFO”. Elsewhere in the remuneration report, the group says there will now be five criteria, without detailing what these are.

“For 2020, we will revise the performance criteria and adjust the designs relating to long- and short-term incentives,” it adds.

“These changes will first affect executives and senior management before being rolled out to additional eligible employees in 2021.”

Comprehensive changes to the long-term incentive scheme will be finalised during the coming year and presented to shareholders for approval at the next AGM.

The group further proposes increasing the number of remuneration committee meetings per year. In 2019, it held just two.

The PIC says it “voted against the implementation as a result of not endorsing the company’s remuneration policy”.

“Even though the implementation report does contain the details of the remuneration awarded during the reporting period, the remuneration was awarded based on the principles that we do not support as disclosed in the company’s remuneration policy.”

One further change is that the proposed remuneration for chair Christo Wiese for the past year, if approved, will be implemented retrospectively. The group proposes that Wiese’s director fees more than double to R1.209 million for 2019. Defending this, the group says “the median remuneration for the board chairperson at comparator companies is R1 456 269 (PwC Shoprite Holdings Ltd: Non-executive directors remuneration benchmark, June 2019)”.

If approved at the November AGM, Wiese’s fees will have increased by 205% in the past two years.

The group will also align the fees paid to the chair of the remuneration committee (Zinn) to what it calls “comparator companies”.

The group says benchmarking by PwC found the “median remuneration for the remuneration committee chairs” was R193 679. If approved, Zinn’s fees for this role will increase by 146% to R193 000 for 2019.

This incestuous practice of compensation being decided amongst themselves by a cabal of like-minded greedy pigs at the trough, is fueling the inequality in our land to dangerous levels.

Instead, compensation for ALL levels should be decided by the opinions of ALL the employees.

And the shareholders can decide on the total size of the compensation pot.

Implemented with great success by Ricardo Semler in Brazil. See his seminal book “Maverick” on this very subject.

Feel free to do that with a business you started and capitalised. Leave our stuff to us.

Huh? What a pathetic response.

By Gawd, I’d also smile like a chipmunk for that salary… (and they can overhaul things next year, so what).

By all accounts Shoprite is in some trouble, as its debt to equity is 60% that is high. The remuneration of the excecutive team and senior management is also at odds with this.
Corporates in general tend to set very attainable or insignificant targets relating to bonus payouts and the like! Targets should be stretched targets that is only attainable by exceeding expectations.

60%???? Please send me the link to the financial statements you looked at?

“Targets should be stretched targets”

Recursion error. You haven’t thought this through. Maybe why you stay in the cubicle?

Shame. Uncle Christoffel really does need the money! Poor guys net worth has dropped from around $5.6bn to $0.3bn – in less than a year. According to Forbes.

Meanwhile I see some other poor guy counting out coppers ‘n coins in the queue to buy a loaf of bread and a pack of brined frozen chicken. True story.