Absa will expand its footprint across Africa and lend in sectors such as infrastructure projects, trade and commodity finance.
By Roxanne Henderson, Bloomberg 21 Aug 2018  11:05 Absa's separation from Barclays will enable it to determine its own path, says co-CEO. Picture: Waldo Swiegers, Bloomberg

Absa’s corporate and investment banking unit is targeting new African markets in a bid to boost earnings and deliver on Chief Executive Officer Maria Ramos’ mission to reboot the lender.

Following a split from its former parent Barclays, Absa has rebranded its operations in South Africa, reshuffled management and refreshed its strategy with the ambition of doubling its market share in Africa and regaining lost ground at home. For CIB, this means finding opportunities better suited to the group’s new identity, unshackled from the London-based lender, the unit’s co-CEO Mike Harvey said in an interview.

“This was one of the businesses that was impacted by the separation given it was so closely aligned to Barclays when we first built it out,” Harvey said. “It’s really about building a pan-African corporate and investment bank. The separation now allows us to determine our own path.”

Harvey, who looks after the investment bank, and Temi Ofong, who oversees the corporate-banking division, are focusing on serving the lender’s offshore client base by opening an office in London next month and another in New York in 2019. Absa has a presence in 11 African countries that together represent a third of the continent’s gross domestic product. The division, which accounted for 15% of Absa’s first-half income, will also expand its footprint across the rest of Africa and lend in sectors such as infrastructure projects, trade and commodity finance, Harvey said, areas that weren’t a big focus for Barclays.

“For Africa, we know it’s important to be in that space and we know we can grow in that space,” he said. The group will also focus on expanding its commercial property finance and financial markets businesses, Harvey said.

To achieve this growth it is seeking opportunities for partnerships and acquisitions in its existing territories, like Nigeria, and markets where it doesn’t have a direct presence such as Angola, Egypt and Ivory Coast, the co-CEO said.

“Both options will be available to us,” Harvey said, adding that potential partners have been knocking on Absa’s door since the Barclays divorce was announced.

With the financial services industry facing increasing competition from digital and mobile-phone services, the group will not limit its acquisitions and partner institutions to traditional banks, but will also scout for opportunities among telecommunications firms, insurers and companies that hold large data deposits, as it intends to build a payments hub across Africa, Harvey said.

Plans to boost CIB come as Ramos shops for a new chief executive to head the segment, which was one of Absa’s poorer performers so far this year. It reported a 6% decline in earnings before one-time items in the first half of the year, mainly due to a write-off related to one of its clients. Shares in Absa have declined 11% this year, the worst performer after Capitec Bank in the six-member FTSE/JSE Africa Banks Index.

This will be the unit’s second leadership change since the departure in 2016 of Stephen van Coller, who went on to head digital services at mobile-phone operation MTN before being appointed to head technology firm EOH.

“There’s a lot of momentum in the business,” he said. As the country enters a coronavirus resurgence driven by the omicron variant. 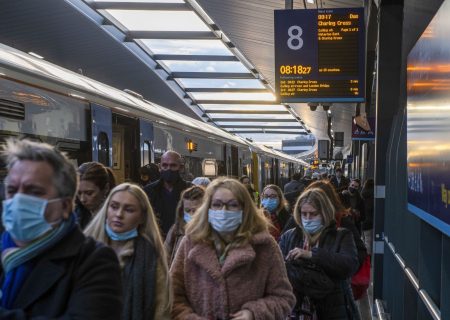