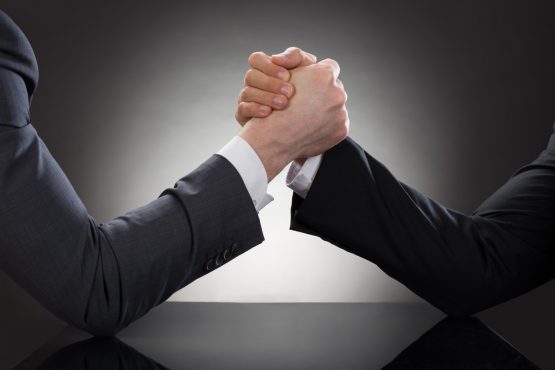 So, Walmart is slowly but steadily unwinding the ill-considered and poorly executed growth strategy that was pursued by Massmart in the decade or more before the latter was rescued by the giant US retailer’s executives.

If executives, corporate advisors, bankers and lawyers were forced to return all the fees earned as a result of acquisitions, when those acquisitions had to be unwound, shareholders would be faced with the consequences of far fewer value-destroying deals. Indeed we should add fund managers, who voted in favour of big acquisitions, to the list of parties forced to return fees.

As it is, only the beneficial owners of those shares – the millions of investors and pensioners – are forced to carry the costs associated with this chase for size and fees.

It seems no one involved with large listed companies has to take responsibility for value-destruction, which is probably why it’s never-ending.

Hopefully at Massmart the ‘brand-shedding’ will soon come to an end and management and its employees will be able to focus on growing the business organically.

On a similar note, last week Woolworths announced it had completed the sale of the valuable David Jones property on Elizabeth Street in Sydney. This has enabled the retailer to take a significant step towards unwinding the funding arrangements between David Jones and Country Road Group, which will be a relief to shareholders.

Wouldn’t you love to know what fees Woolies paid to what advisors since 2014?

Well done to Anglo American for upgrading last year’s hopelessly inadequate annual general meeting (AGM) format. Last week the global mining giant announced that physical attendance at its upcoming AGM (May 5) will again be limited to the minimum number required to form a quorum and that shareholders are not likely to be permitted to attend in person. However this year Anglo intends to live-stream the meeting and to enable questions relating to the AGM resolutions to be submitted in advance of, and, during the meeting.

Some of those questions might relate to the generous allocation of share-based awards to a plethora of executives, more of which were announced in the last few days. Mind you, there’s unlikely to be vehement opposition given the current near-record share price level.

Meanwhile at another London-listed entity with SA ties, we had a brief and tantalising glimpse at what happens when two powerful boardroom characters go head-to-head. The less powerful one withdraws before too much damage is wreaked. Last week former Rembrandt executive Jan du Plessis announced he was retiring as chairman of BT (formerly known as British Telecom) after less than four years in the position. It’s been a fairly turbulent four years for the former state-owned monopoly, with Du Plessis implementing wide-spread changes to the struggling company’s top management and board.

In 2018, under pressure from shareholders, Du Plessis decided a new CEO was needed and appointed Philip Jansen to the job. Just three years later and the ‘thankless’ Jansen is reported to have threatened to resign unless Du Plessis quit. Unsurprisingly BT denies there’s any tension in the boardroom and says Du Plessis decided the time was right to step down “and focus on other interests”.

Speculation is that Jansen wanted to boost the flagging BT share price by selling a stake in its cables arm, Openreach. It was a move Du Plessis opposed.

Du Plessis, whose chairmanships also include BAT and Rio Tinto, will be best remembered in SA for his role in squeezing out a few extra rands from AB InBev. That was in 2016 when the largest beer group in the world was desperate to conclude the acquisition of SABMiller, the second largest such group – another value-destroying deal. Du Plessis had been appointed chairman of SABMiller the previous year.

Investors seem to divide into two clearly defined groups these days – those who are exhilarated by the news that online food order and delivery service Just Eat boosted revenues by 54% in 2020 and those who are utterly dismayed by news that Just Eat notched up a 67% increase in pre-tax losses over the same period. Heavily discounted or even free deliveries as well as hefty marketing costs were behind the increased losses, as the company battled against rival Deliveroo for market domination in the UK.

Whether Prosus’ failure to bag the food delivery company was extremely lucky or dismally unlucky will only be known in years to come. Perhaps when Covid-19 lockdowns are lifted across the globe there will still be a large chunk of the population that wants to stay home and eat-in. It hardly seems possible but you never know.

Of course Prosus’ challenge with the Tencent discount may diminish if the Chinese government under its emperor-for-life Xi Jinping – who emerged even stronger from the annual Two Sessions meeting in Beijing last week – continues to put the squeeze on its growth opportunities. It seems pressure to rein in China’s powerful fintech companies isn’t restricted to Alibaba, whose rather gauche figurehead, Jack Ma regularly incurred the wrath of regulators.

Tencent, whose chief Pony Ma is thought to be well-connected politically, is also in the regulator’s cross-hairs. It is not just the prospect of imposing growth-retarding strictures on its financial services – the Chinese government has now indicated unhappiness about Tencent’s equity acquisitions, which have been an extremely profitable part of its growth strategy. Last week the market regulator announced penalties on Tencent and 11 other companies for violating antimonopoly laws in its acquisition of an online education platform.

Things in China tend to happen very gradually … and then suddenly.

This means Prosus may have a few years to discover another golden goose.

The biggest problem on the JSE is that the executives think that the money the company raises through a listing is theirs.

As long as they get bonuses, then the money is in fact theirs.

Contrast and Reality 8 months ago

It comes down to simple principal, if its not your money you should look after it 1,000% more than your our own. Its radical, but it’s time the rule makers realise that those making the operating deals must be controlled. Create some sort of CEO + team minimum wage as regular retainer. You take your cake like the shareholders do when shared amongst all stake holders. Therefore if you don’t own considerable stock interest, you don’t get to run the show or make the deals either. Just look at the disaster construction sector for over 10 years its been nothing but losses, with the one exception therefore their stock value trades over R100 and all others at Rands/cents, its embarrassing how this is allowed.