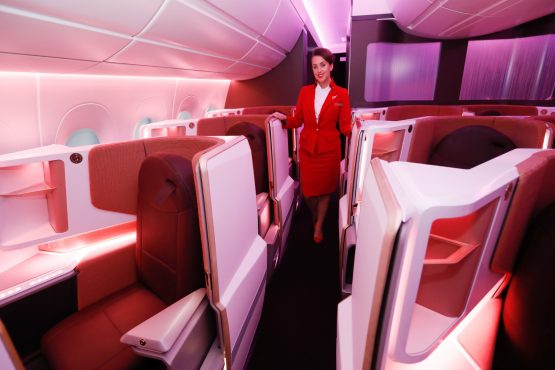 Virgin Atlantic Airways’s lineup of potential backers has narrowed as Richard Branson’s airline races the clock to secure a bailout, people with knowledge of the situation said.

Chief executive officer Shai Weiss made follow-up presentations to four remaining interested parties over the weekend, according to the people, who asked not to be named discussing a private matter. Virgin Atlantic pitched its plans for surviving the coronavirus crisis to a dozen firms earlier this month.

The airline is seeking to pin down emergency funding in the next two to three weeks, with restructuring specialist Alvarez & Marsal continuing to work on a so-called pre-packaged administration should it fail to secure support, the people said.

The trans-Atlantic specialist’s survival plan is based on securing around 750 million pounds ($925 million) to shore up liquidity, including 500 million pounds in private or state funding. In addition, the rescue package would include an injection from founder Branson, and guarantees for credit card receipts, the people said.

In an email, Virgin Atlantic said it’s “exploring all available options” to obtain external funding. Constructive discussions continue with stakeholders including the UK government, and “meanwhile the airline remains in a stable position.”

Virgin may need to ask the UK government to underwrite any private money, one of the people said.

If no offers of investment are forthcoming, Britain could alternatively provide a loan or take a direct stake in the airline, invoking the Project Birch rescue plan for strategically important companies unable to tap a Bank of England-administered fund because of their poor credit ratings, the person said.

Either measure would require a softening of the government’s stance on Virgin Atlantic, after the Department for Transport pushed back against contributing to a bailout earlier in the Covid-19 pandemic.

Since then, billionaire Branson has begun selling shares of his Virgin Galactic space venture to raise cash, while Virgin Atlantic announced that it’s cutting 3 150 jobs and shutting its London Gatwick hub to survive.

Virgin Atlantic’s existing lenders have appointed Deloitte to advise them on their financial exposure to the airline, with banks owed at least 250 million pounds, Sky News reported Sunday, citing people familiar with the matter.

The airline is also working with its creditors, the second person said.

Insolvency procedures remain a last resort, both people said, though the pre-pack model being explored by Alvarez & Marsal can allow businesses that are viable but overrun by debt to make a fresh start rather than be broken up.