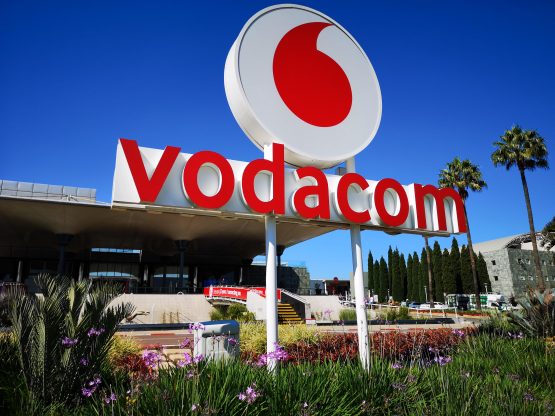 Vodacom Group is mulling a bond issue and will pay a smaller proportion of its earnings in dividends as South Africa’s market-leading wireless carrier looks to finance new growth plans.

Funds are needed to complete the acquisition of a majority stake in Vodafone Egypt — a $2.7 billion deal agreed with UK parent Vodafone Group Plc last year — and to pay for newly auctioned high-speed internet spectrum in its home market, Chief Financial Officer Raisibe Morathi said in an interview on Monday.

The Johannesburg-based company will revert to an outlay of at least 75% of headline earnings to shareholders, down from 90%, the group said earlier in its annual earnings statement.

The moves are about transforming Vodacom from a straight telecom provider to a technology firm, according to Morathi.

“We are arranging debt, and we needed a bit more fire power to support the servicing of that debt,” the CFO said. “Investors will now get 75% of a much faster-growing business.”

African carriers in particular are investing heavily in financial-technology services as more customers conduct banking and other business online. Vodacom benefits from the fast growth of M-Pesa, the Kenyan mobile-money services operated by partner Safaricom Ltd, among other products.

Vodacom’s earnings per share gained 3.6% in the year through March and sales rose 4.5% to R103 billion. The stock gained as much as 1.6% in early trade in Johannesburg.