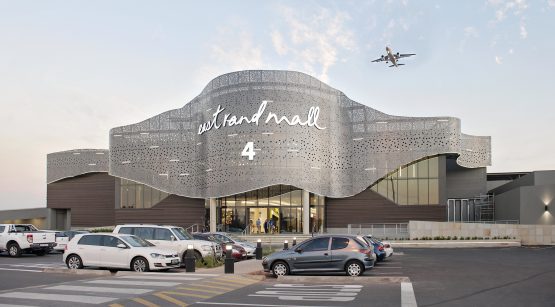 Vukile, which reported its half-year results to the end of September 2020 on Monday, is withholding its interim dividend.

Redefine is set to release its full-year results, ending August 31, 2020, on Tuesday. However, the group noted in a trading update well after markets closed on Friday that it is deferring its final dividend payment to February next year.

The market reacted badly to the news, with Redefine’s share price sliding over 8% on Monday. Vukile lost almost 3% on the day, following the release of its results.

Most Reits have opted to defer paying dividends and have also introduced payout ratios in order to retain cash and boost balance sheet strength due to pandemic pressure on revenues. Vukile has introduced a payout ratio of 75% for its current year.

The Financial Sector Conduct Authority and JSE are allowing Reits to defer dividend payments by up to two months in light of the impact of Covid-19. Listed property counters have to pay out 75% of distributable income in order to retain Reit status in South Africa.

“The decrease in headline earnings per share was primarily due to Covid-19 rent concessions. The board decided not to declare an interim distribution for the six months ended September 30, 2020 [for September 30, 2019 it declared a dividend of 80.84 cents],” Vukile noted in its JSE Sens results statement.

Laurence Rapp, Vukile’s CEO, said that the group had granted R133 million in rental relief to its tenants in South Africa and around EUR15 million in support for tenants in Spain.

“Almost all the impact of this relief is contained within the half-year period,” he said.

Vukile’s R35.7 billion in direct property assets is made up predominantly of retail centres. Some 54% of the value of its assets is now located Spain, while the balance is in Southern Africa (mainly South Africa).

Despite the impact of Covid-19, Rapp sounded chuffed about the group’s performance and is expecting a better second half even with ongoing uncertainty around the pandemic.

“We are cautiously confident that we have navigated through the worst of the crisis. Should this be the case, Vukile’s portfolio and tenants have weathered the storm much better than expected, with a solid platform for recovery,” he noted.

“Notwithstanding our extensive tenant relief in South Africa and Spain, both Vukile’s domestic portfolio and Spanish portfolio delivered sustained operational performances in tough trading environments … We are comfortable with both portfolios’ trading metrics, which show solid asset performance locally and in Spain during the most extreme months of the coronavirus crisis in both countries,” he said.

In Southern Africa, the group’s vacancies were well contained at 3%, while its rent collection rate ended the interim period at 95%. The company reported that footfalls at its retail centres had recovered to 86% of the prior year’s corresponding period.

While like-for-like trading density growth came in at 1.3%, this is for a 24-month period. It also reported a retail retention rate of 92%, with rental reversions contained at -2%.

Vukile’s Spanish portfolio, held through its 82.5% stake in subsidiary Castellana Properties SOCIMI SA, reported reduced vacancies to just 1.5%. Castellana’s rent collection rate came in at 90%, while its retail centre footfall is at 84% of last year’s. The subsidiary’s weighted average lease expired is at a strong 13.9 years.

Overall, Vukile Group reduced its debt by R1.5 billion during the period, following the sale of its stake in UK-based property fund Atlantic Leaf in August. This contributed to its group-wide loan-to-value ratio being reduced from a high of 46.1% (at its 2020 March year-end) to 44.3% at the end of September. Vukile’s interest cover ratio is strong at 3.7 times.

The Watchdog 2 months ago

Would be far better if management told the truth once in a while rather than the “spin” that Vukile serve up time and again.

So I expect nothing less that the Board members and top management to forfeit their performance bonuses.