MultiChoice clears itself of wrongdoing

None of the executives take the fall for the ANN7 and SABC scandal into alleged influence peddling.
By Ray Mahlaka 1 Feb 2018  00:01 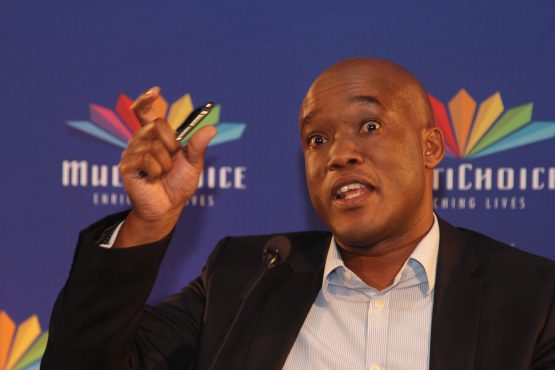 MultiChoice said it plans to cut ties with former Gupta family-owned television news channel ANN7, citing controversies around the owners of the channel.

MultiChoice and its parent company Naspers have faced criticism amid allegations that both companies entered into commercial agreements with ANN7 and the SABC to influence government’s digital migration policy on the encryption of digital terrestrial signals and set-top boxes.

Read: MultiChoice says it made mistakes, but denies corrupt conduct

The allegations include that MultiChoice paid ANN7 R141 million per annum and a once-off amount of R25 million to air the channel on its digital platform, while the SABC was paid R100 million per annum to host its 24-hour news channel.

An internal investigation – commissioned by MultiChoice’s board – cleared the company of corrupt conduct. However, MultiChoice admitted to several mistakes in its contract negotiations with ANN7.

Moneyweb sat down with Calvo Mawela, the CEO of MultiChoice, on the findings of the investigation.

1. Banks and Auditing firms stayed away from Gupta businesses ; citing reputational risk. Why did not multichoice see this?
2. A company investigating itself will always be suspect. Will they implicate Imtiaz Patel? Did Mr. Patel mention that he is friends with the Guptas ; prior to awarding the contracts? One has to look at SABC and ESKOM for example to shortcomings.

These monopolistic companies will do whatever it takes to maintain their dominance. The licence to print money is not given up easily!

The losers = the employees. Multichoice, Guptas shame on you.

“Cleared itself of wrongdoing”. Yup, we did nothing wrong because we say we didn’t.

They have nothing to say it seems about their “lobbyist” sending draft pieces of legislation to the Dept of Communication which routinely were sent for review to the Guptas to see if that it passed muster. All in a day’s work I guess, nothing at all suspicious about that.