‘We have a big, fat problem’ 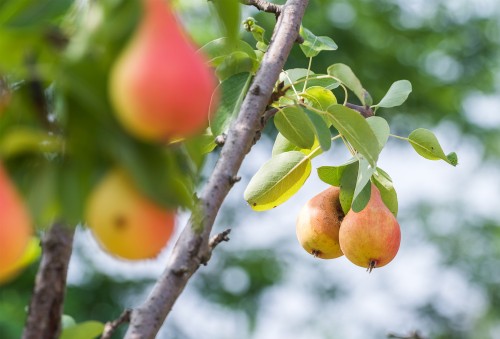 Obesity can increase healthcare costs by as much as R4 400 per person per year, data from Discovery shows, but despite the direct correlation between weight status and health outcomes, obesity in South Africa is rising faster than the global average. Speaking at the release of the Vitality ObeCity Index 2017, Dr Craig Nossel, head of Vitality Wellness, said while communicable diseases historically played a very significant role in South Africa, the country was experiencing a shift. Lifestyle diseases were increasingly having a more meaningful impact on South Africa’s healthcare system and the burden of disease.

Although the direct healthcare cost of obesity is often highlighted, there were also indirect costs to consider. The economic impact of obesity in South Africa was estimated to be roughly R700 billion per annum.

Approximately 30% of the global population – more than 2.1 billion people – are overweight or obese. If the growth rate continues at its current rate, almost half the world’s adult population will fall into this category by 2030.

“I don’t think anyone will disagree that we really do have a big fat problem.”

While obesity is a multi-faceted issue, one of the most important causes of the epidemic are changes in diets – including an increase in the consumption of sugar, salt, fat and processed foods.

According to the 2016 Global Burden of Disease Study, dietary risk factors and physical inactivity are associated with 11.7 million deaths globally.

“We are killing ourselves,” Nossel said.

The ObeCity Index is an effort to gain insight into the weight status and food purchasing behaviour of nearly half a million adult Vitality members living in Cape Town, Johannesburg, Pretoria, Durban, Bloemfontein and Port Elizabeth. The index considered their weight status, ratio of healthy food purchased at Pick n Pay and Woolworths, average fruit and vegetable portions bought and average number of teaspoons of sugar and salt purchased.

Capetonians also had the highest average healthy purchasing score at 60.3%, followed by Bloemfontein (57.2%) and Port Elizabeth (57.2%).

The Mother City also came out tops with regard to its fruit and vegetable purchases, followed by Johannesburg and Bloemfontein.

With regard to sugar and salt, Durban purchased the least amount of salt and sugar, followed by Port Elizabeth and Pretoria.

Nossel said most people want to be healthy, but are presented with various challenges. One of these is low-cost convenience food that are often unhealthy and readily available.

He stressed that it is important to understand behavioural economics – how people make decisions – in order to shift behaviour in the right direction. Incentives play a critical role in this regard. Its data showed that people were increasing their ratio of healthy food purchased by close to 10% where they received 25% of their money back for making healthier choices.

Nossel said going out for dinner used to be an indulgence, but today people could hardly drive 500 metres without a food outlet. A lot of research highlighted the health value of cooking at home. Home-cooked meals were often smaller in portion size, the type of food is healthier and people know what is going into the food.

But tackling the challenges around obesity is not only one individual’s responsibility nor that of government, Helen Kean, senior economist at Econex said. All stakeholders have to play a role, including manufacturers, retailers, consumers, doctors and regulators.

Kean said this was not necessarily something that has to be addressed through hard structural changes and legislation, although it could help. Incentives and other approaches are having a positive impact and there is scope to work with interventions that are already effective.

“There is no one policy or programme or project that is going to tackle this. It really has to be a lot of separate but collaborative efforts.”

Gabriel Eksteen, nutrition science programme manager at the Heart and Stroke Foundation South Africa, said the initial feedback on the sodium regulations that were implemented in 2016 was very good.

At the moment, a typical slice of bread has to have less than 400 milligrams of sodium per 100 grams, which would reduce to below 380 milligrams in 2019. While these regulations have probably removed roughly a gram of salt from daily diets (which would have immense health benefits), the regulations only took certain foods into account, he added.

Nossel said while early intervention could often have positive results, prescribing exercise for an obese person or talking about the patient’s diet, is largely a foreign concept.

Dr Noluthando Nematswerani, head of Discovery’s Centre for Clinical Excellence, said it was easy for doctors to write a prescription, but they were in the best position to screen patients and develop an overall wellness plan before the patient presented with medical issues related to obesity.

Dr Sundeep Ruder, clinical endocrinologist at Life Fourways Hospital, said it is important to understand the physiological processes associated with obesity, which could be silently at work for many years before the patient has any complications.

A significant percentage of non-communicable diseases could be prevented through appropriate early intervention, he argued.

Fast food chains popped up in the early 1990’s… so it doesn’t surprise me that the obesity rates increased right along with the increase in fast food consumption.

The survey results from Discovery are not reflective of the general population. Vitality members are much more health-conscious than the rest of the population.

This problem is by no means absent from the white community, but I was recently in a large mall in a non-white area, and this obesity problem was HUGELY apparent – to the point of being in your face. And particularly so amongst the women and children.

The fast-food industry is as much harmful to society as the alcohol producers. Fast foods – like cigarettes – should be compelled to come with a health warning.

Companies that focus on short-term profits, while willfully ignoring the long-term damage to their clientele and society, should be taxed at eye-watering levels, and ACTIVELY forced to change their behaviour so that they are a BENEFIT to society at large, and NOT the HARMFUL agent they presently are.

Unfortunately your arguments place the onus on the purveyors of these foodstuffs, so nanny state comes to mind. How about the actual obese people taking some action for themselves, as it is only at this point that something positive will happen

It’s not the one or the other – the responsibility lies on BOTH parties. And depending on the type of situation, not necessarily in equal shares either.

To your point that people should take the initiative themselves anyway. Undoubtedly! This is so for all walks of life – those that get ahead never wait to be told what to do.

But life is much more nuanced than that. And it’s the rest of society (you and me) that pick up the tab when the ultimate outcomes go pear-shaped in some hidden corner of society.

I have a HUGE problem with companies (led by identifiable individuals) who are WELL AWARE their products are HARMFUL to their clientele, but who nevertheless persist in DELIBERATELY structuring their deceitful and harmful products and marketing to take advantage of their customers’ naivete or ignorance. All the time feigning complete ignorance of the adverse consequences of the social situation THEY are fueling.

It doesn’t matter whether it’s financial services, or alcohol, or tobacco, or food.

Companies (and particularly the individuals that lead them) whose business model is predicated on studious indifference to the harm they do to society need to be taken to task. Vigorously!

All the harmful foods were mentioned: Sugar, salt and processed foods. Fat, however does not fall into that category per se, since the good old Prof. Tim Noakes reminded us that fat is good, except for those that you get in vegetible – and seed oils

The biggest culprit is carbohydrates, especially your simple carbohydrates, which causes insulin secretion by the pancreas and the insulin in turn, damages the artery walls.

Excersizing only will not get rid of obesity at all. You have to change your diet. Cut the carbs! Your body can survive quite comfortably on fats and proteins for energy quite easily. The secret is to get your body into ketosis. The only people who will not succumb well to a low carb diet, are those who are severely insulin resistant or Type I diabetics.

For the rest of us, eat as much fat as you like, with medium protein.

“We” do not have a problem. The fat people have the problem which they and Medical Aid now want to make my and other healthy people’s problem. Let the fatties pay more. 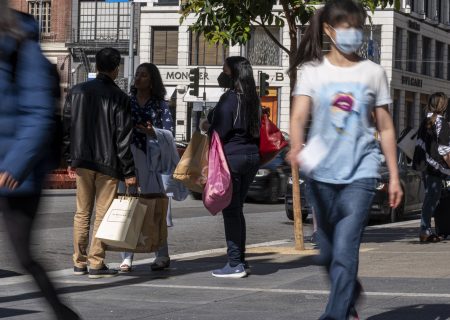