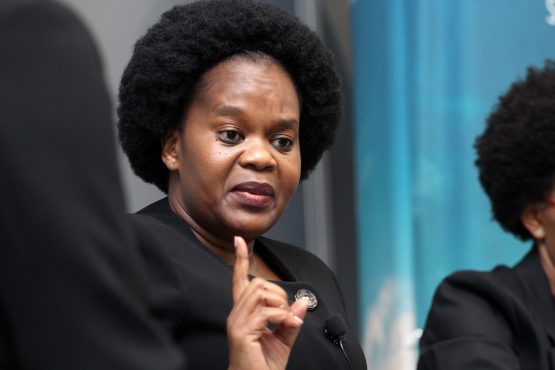 Despite Airports Company SA (Acsa) reporting a slump in operating profit of almost 59% for its full-year to March 31, acting CEO Bongiwe Mbomvu says the parastatal is in a good financial position compared to other state-owned enterprises.

“We pay dividends and don’t need bailouts,” she said during a results presentation in Sandton on Tuesday, which showed that Acsa’s profit fell by R325 million to R227 million for the year. 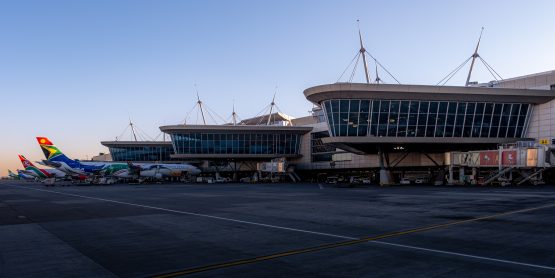 Mbomvu says Acsa has a heathy balance sheet, having paid off R10 billion in debt since 2012. This has seen its gearing fall from 63% in 2010 to 18% at the end of its latest financial year.

Following multi-billion-rand upgrades at its airports ahead of the 2010 Soccer World Cup, including spending R7.8 billion on the new airport in Durban, Acsa’s debt peaked at R17 billion in 2012. Mbomvu notes that debt is now just below R7 billion, with the group paying off R2.3 billion in its 2018/19 financial year alone.

“We entered our 2020 financial year in good shape with a strong balance sheet,” she says. “The business is stable and in good hands.

“Acsa is well positioned to now undertake its next phase of airport infrastructure upgrades, with most of the focus on Cape Town International and ORT International.”

Mbomvu tells Moneyweb that Acsa plans to spend more than R10 billion on major infrastructure expansions over the next five years. This includes R7.3 billion on Cape Town International for a new, realigned runway as well as a new international terminal and a reconfigured domestic passenger terminal.

At ORT International, Acsa’s immediate expansion project includes the construction of new remote aircraft apron stands as part of a R2.5 billion development. Acsa is also spending R887 million on the first phase of its new R4.5 billion mixed-use 180 000 m2 Western Precinct that will include office, retail and hotel space.

“We are glad to report that the first phase is fully let and will also become home to Acsa’s head office,” notes Mbomvu. “This development is expected to boost our non-aeronautical revenue significantly.”

She says another R2.2 billion project to build a new midfield cargo terminal at ORT International is in the design and planning stages, adding that this is a future development and is only likely to be built by 2026.

“In addition, there are refurbishment plans in the pipeline for both the international and domestic terminals at SA’s biggest and busiest airport.”

At King Shaka International, Acsa is investing more than R400 million in current upgrades that include extending a taxiway, construction of new remote aircraft stands and expansions to its retail offering. Moneyweb understands that plans are also in the pipeline for a new office block near the terminal building.

Meanwhile, Acsa acting chief financial officer Lindani Mukhudwani says the group has received an offer for its 10% stake in the Mumbai International Airport concession, valued at around R786 million.

“We will only pursue a fair and reasonable offer,” she said, and did not reveal the name of the potential buyer.

On the sharp decline in profits, Mukhudwani says Acsa has seen a steep increase in operating expenses, such as security and staff costs. She notes that profits were also impacted by fair value adjustments on its property assets. Acsa has also seen a small growth in passenger numbers of around 1.3%.

She reiterated Mbomvu’s comments, saying that Acsa has a strong balance sheet and is still profitable. “In fact, we paid R160 million in dividends for the year and also achieved an unqualified audit.”

Keep it that way. Don’t allow the Guptas to capture it.

The real power of a monopoly – will of course never be “investigated” by the competition commission for price gouging!! And I thought that parastatals were supposed to be cost neutral.

Too true.
I predict that an Eskom split into units will follow this same path – the main business will require continuous bail out and some islands of profitability will be artificially created by monopoly.

Yip-Easy when all done with tax money and monopoly extortion in any case and no personal risk.They got the horrors when Comair? wanted to buy the old Durban airport

When your monopoly is protected by the state, in the normal financial terms, it is basically impossible to make a loss. As we see in the rest of SOE’s however, through sheer incompetence, ignorance and criminality, the ANC cadres manage to turn a monopoly into a financial disaster.

There is only one solution for this country. We have to insulate the economy and the business environment from the freedom-fighter mindset. This is why privatization is the only solution.

Yes it is quite simple just taylor your expenses to match your income.

Seems that budgets, audits and compliance are beyond the SOE’s and Municipalities.

The philosophy is spend, steal and spend some more, treasury will come to the rescue once your long suffering customers have been milked to oblivion.

Indeed. The only monopoly they manage to run at a profit. Nothing to get overly excited about.

For a Gov’t that claims to abhor monopolies (aka white monopoly capital) it’s instructive how much it abhors any form of competition in its own affairs – and the lengths it will go to to create false monopolies (eg, organised labour) in order to buy votes from its constituents.

So to AKSA and our monopoly loving government, thanks for nothing

No mention of the treatment received by private shareholders, which include pension funds? A case history of why it is not a good idea to invest in entities where the majority shareholder is not trustworthy.

A large percentage of an airline ticket is tax, of which ACSA has a good share. No competition to worry about hence a steady income and profit which increases as more people travel and more visitors arrive. This is a good business to be in.

Try some competition before bragging in a monoply.

The ANC must be disgusted: Despite giving them so many examples these Acsa people don’t know how to do corruptions.