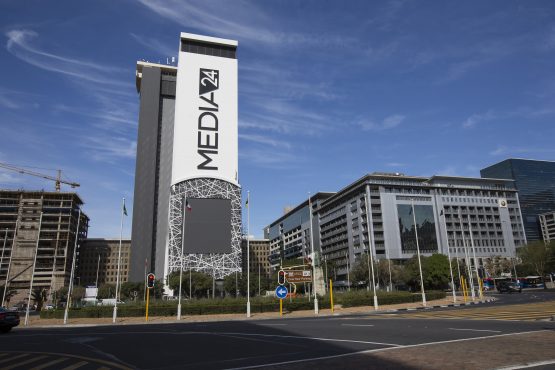 It’s not surprising that beneficiaries of the Naspers/Welkom Yizani black economic empowerment (BEE) scheme voted overwhelmingly at the recent shareholders’ meeting to accept the cash offer of R15.70 per share from Naspers to repurchase the 15% interest in Media24. The share price has been stuck around R10 for years.

Although shareholders representing only 25.5% of Welkom Yizani shares bothered to vote on the proposal last week, nearly 88% voted to take the cash. Just more than 12% voted against the necessary resolutions to implement the scheme, but there is little these shareholders can do now to block the unwinding of the BEE structure.

The Companies Act makes provision for shareholders who vote against such resolutions to force the proponents to seek court approval only if at least 15% of the total shareholders had voted against proposals of this nature.

Thus, the scheme will most probably be completed and shareholders will get their money in a few weeks’ time.

Naspers would’ve been a better bet

Whenever the subject of the Welkom Yizani BEE transaction comes up, a comparison with the phenomenal increase in Naspers’s share price is sure to follow with somebody pointing out that Welkom shareholders could have done much better by rather investing in Naspers.

An investment of R1 000 in Naspers in 2006 would have barely bought eight shares at R116 each (plus brokers’ commission), but the investment would have increased to R28 760 as the share price increased to the current R3 595 – an excellent return seeing that this simple calculation excludes dividends and the unbundling of Novus and MultiChoice, and assumes that the shareholder opted not to take some Prosus shares.

However, such arguments are flawed in many aspects.

Most importantly, looking back and saying what could have been is nonsensical – the old sayings regarding hindsight and perfect vision come to mind.

Just as important is that legislation enforcing BEE ownership is not applicable to international companies such as Tencent or Naspers’s other international investments that were subsequently split off into Prosus and listed in Amsterdam.

International companies have no obligation to sell shares on soft terms to select groups of investors in SA.

That said, Welkom Yizani shareholders didn’t do badly, despite hindsight showing that Naspers and its advisors got the sums totally wrong when they valued the Welkom shares at R50 each in 2006.

The original transaction in 2006 was structured as follows:

Even back in 2006 the printing and publishing industry was starting to decline. Nobody could have guessed that the decline would be so quick and brutal.

The Welkom share price stuck around its implied value of R10, equal to the R50 valuation minus the R40 debt. Whether the implied price of R50 reflected the true value of Media24 is anybody’s guess, given the lack in liquidity of the shares that were reserved for black investors exclusively.

While the BEE transaction was originally planned to run for a period of five years (2006 to 2011), in 2009 Naspers and Welkom Yizani shareholders agreed to restructure and extend the scheme for another two years, to 2013, when it became clear that the performance of the underlying Media24 would fail to ensure sufficient dividends to reduce the BEE debt.

The then-chair of Welkom Yizani, Jakes Gerwel, said the global recession had had a significant impact on traditional print media companies which impacted on Media24’s profitability, according to an old press release by Welkom Yizani.

“The value of the Welkom Yizani shares has not grown and the recession isn’t over,” said Gerwel. “This means that, at the end of the minimum investment period in December 2011, the loans outstanding would not have been brought down as much as was hoped for.”

He was however still positive: “By acting responsibly and proactively we hope to provide shareholders with a better opportunity to profit from their investment.”

Things never did get much better in the printing and publishing industry, with Naspers itself moving its focus and investments to online media.

This necessitated another look at the scheme, and in 2016 Naspers announced that it would forgive Welkom its debt to Naspers. The Welkom share price increased a bit on this news.

At the time, Professor Rachel Jafta, chair of Welkom Yizani and Media24, described the debt write-off as a windfall for shareholders and a big boost for the scheme that left Welkom Yizani debt-free.

Media24 once again pointed to the decline in traditional publishing and printing.

Mobasheer Patel, CFO at Media24, tells Moneyweb that Naspers has forgiven Welkom Yizani debt to a total of R764 million since 2006. “The impact of this is that the Welkom Yizani scheme is debt-free,” says Patel.

Thus Welkom Yizani shareholders effectively bought shares at 20% of their perceived value, with Naspers shareholders picking up the tab for the rest.

Luckily Naspers could afford it due to the huge appreciation in the value of its international interests.

Patel says despite “the continued structural decline in the print media industry, Media24’s ongoing investment into e-commerce and the devastating economic impact of the Covid-19 pandemic, Welkom Yizani shareholders have been paid dividends of R19.78 per share since 2006”.

“This included a special dividend of R14.79 per share when the Novus operations [previously Media24’s printing operations] were unbundled from Media24. In addition, Welkom Yizani shareholders should receive the scheme consideration of R15.70 per ordinary share,” says Patel.

“Welkom shareholders that have been invested since Welkom’s inception will realise a gross internal rate of return of 11.3% [or 3.6 times their initial investment] when the Welkom Yizani empowerment scheme ends,” says Patel.

Jafta said the scheme was started with the best intentions 14 years ago, when print media was flourishing. “However, nobody could have anticipated the rapid decline in print advertising and circulation as advertisers and readers globally shifted to online platforms.”

Ishmet Davidson, CEO of Media 24, added that the impact of the Covid-19 pandemic has accelerated the decline in print media worldwide. He says Naspers is in the process of transitioning its media business for a digital landscape, but that it will take time to deliver meaningful profits and that execution is not without significant risk.

Management notes that Welkom Yizani shareholders have been dissatisfied with the performance of the share price for years.

“The Media24 offer provides all shareholders with an equal and simultaneous opportunity to sell their shares,” says Ashoek Adhikari, independent director of Welkom Yizani. “We believe the offer price and terms are higher than that achievable through an open-market, piecemeal sale by individual shareholders, particularly when regarding the historical trading performance.

“Furthermore, there appears to be limited appreciation for the value of Media24 in the public market”, says Adhikari.

In the end, the R15.70 delivered a better return than any savings account would have, while a bit of money coming in right now will be welcomed by most of the 107 000 shareholders.

in hindsight, it was the old media dogs that were bundled into this scheme. Have any of these debt debt financed BEE share schemes been more profitable than simply buying the shares of the parent companies? (Genuine question)

At the time investors had a choice between Welcome Yizani and Phutumanathi. It was dead obvious that Phutumunathi was the one to go for. I think many people plumped for Welcome Yizani out of sheer ignorance — taking a gamble essentially. I am sure Naspers management knew that Welcome Yizani was a dog but underestimated the size of the dog.

Before we offer retrogressive prognostications about how investors in Welkom-Yizani shareholders did, let’s really ask the people who invested. My preliminary read of even the most modest widely available material online rejects assertions that ‘welkom-yizani shareholders didn’t do too badly’. Send me a survey questionnaire and compare the scheme performance to other successful schemes, and you’d have a reasonable conclusion. Not these self congratulatory assessments and issueing oneself a ‘job well done’ certificate, and hosting your own evening dinner to celebrate that. Enough already. Let’s pay the people, out so that they can either get Phuthuma-Nathi or something else which they can have a reason to celebrate after investing in.