Reiterates province’s opposition to national government’s decision to close any of its beaches.
By Suren Naidoo 18 Dec 2020  00:01

Tourism and hospitality industry hail Covid-19 Ters extension to mid-March
2021: What investment themes will we see?
The future of the office and what’s left of Altron?
CLICK THIS COMPANY MORE COMPANY NEWS SENS
CITYLDG 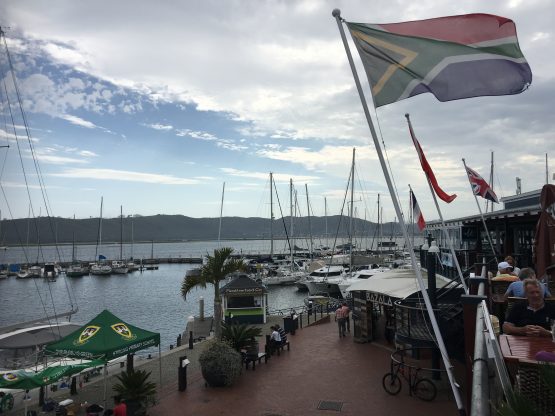 Businesses at the Knysna Waterfront and other areas along the Garden Route had been hoping the festive season would ensure their economic recovery. Image: Suren Naidoo, Moneyweb

David Maynier, Western Cape MEC of Finance and Economic Opportunities, on Thursday called for the UIF Covid-19 Temporary Employer-Employee Relief Scheme (Ters) to be extended to tourism businesses along the Garden Route and other Covid-19 hot spots that are being impacted by new beach bans and other restrictions to trade.

Maynier said he had written to Tourism Minister Mmamoloko Kubayi-Ngubane to request that national government extend the relief scheme to businesses and employees operating in the Garden Route District and other hotspots, for the duration of time the additional restrictions apply to these areas.

The Ters benefit was established to assist employees who lost income due to the coronavirus and regulations limiting economic activity during the various levels of the lockdown.

Maynier has also asked Kubayi-Ngubane’s department to consider any additional relief measures that can be provided to the hard-hit businesses.

“Without this support we fear that livelihoods of thousands of people will be in jeopardy,” he said.

“There is no doubt that the announcement by President Cyril Ramaphosa on Monday 14 December that the Garden Route District would be declared a [Covid-19] hot spot and that alongside this, all beaches would be closed in the Garden Route for the festive season will deal a devastating blow to the economy of the district which is heavily reliant on tourism for its survival,” noted Maynier.

The MEC reiterated the provincial government’s opposition to the closure of any of its beaches.

He said the province’s position on the matter “was made clear” during its consultations with national government, adding that Western Cape Premier Alan Winde and the Garden Route District are challenging this decision.

I have written to Minister @mmKubayiNgubane to request that UIF TERS support is extended to the Garden Route and other hotspots for the duration of time that the additional restrictions apply to them.

“The Western Cape government has focused on getting the balance right between preventing the spread of Covid-19 while keeping the economy as open as possible, saving both lives and livelihoods,” he said.

“This decision by the president fails to get this balance right, especially given the scientific advice that outdoor places with good ventilation are safer.”

According to the MEC, whose portfolio also covers the tourism industry, the Garden Route District had a GDP of R62.2 billion in 2019 and contributed 9.04% to the Western Cape’s GDP and 1.22% to the GDP of South Africa in 2019.

“There are an estimated 10 000 businesses [along] the Garden Route. All these businesses will be negatively impacted by the additional restrictions including the curfew and the full beach closure,” he said.

“The festive season is a critical moment for economic recovery, particularly in the tourism and hospitality sectors, which will now not be possible in the Garden Route District,” he pointed out.

Maynier stressed that, as with previous lockdown restrictions where businesses were compromised by additional restrictions, there is now again a need to ensure that affected business are given the necessary support from the government.

The DA-controlled Western Cape writing a ‘love letter’ to the arch enemy ANC, for consideration of this or that (…in the meantime, this is the unwritten ANC-agenda to hurt tourism, i.e. to sink white business, in the WC)…while the retrenched employees in such industry, pick up their Covid-grants from the ANC.

It would be so much easier for the WC just to be its own sovereign country, and rule themselves 😉

I don’t mind having to stop & have my passport stamped on the (current) inter-provincial roads.

You are spot on Michael. This is a blatant racist move by the ANC. They do not want to see the Western Cape prosper. WC beach closed. KZN only on specific days. Any logic in this?