What is going on at Central Rand Gold?

Directors are leaving amidst major troubles over whether it will be able to continue operating as a going concern.
By 14 Sep 2016  00:41 Central Rand Gold (CRG), the JSE’s worst-performing gold counter, is facing challenges from all angles. Difficulties with de-watering have prevented the company restarting underground mining operations, which have been halted since October 2014. It is also severely cash-strapped, with cash holdings down 68.5% to $175 000 in the first half of this year, and the board stating the cash and cash equivalents would be “sufficient for only the very near term”.

Now, the company has confirmed that two senior board members, Mark Austin, a nonexecutive director and head of geology, has resigned, while Nathan Taylor, the interim nonexecutive chairperson, is up for a position in a financial institution in Sydney, which precludes him holding any directorships in a public company.

Austin will continue to consult for CRG, providing geological services, while Taylor will remain an indirect shareholder in Central Rand through his investment in Redstone Capital, which is a significant shareholder of the company and the holder of the US$7.25 million senior secured convertible note.

“The board of directors has identified and invited two individuals to join the board as nonexecutive directors as soon as the necessary on-boarding paperwork has been completed. The two individuals have strong mining backgrounds as well as financial experience,” said the company in a Sens statement.

The company is yet to release interim financial statements, but in its last financial results, for the year ended December 31 2015, total liabilities amounted to $25.6 million.

The same results stated that “the ability of the group to continue as a going concern is dependent on the group securing access to sufficient additional funding and extending the repayment terms of existing loan notes or the loan note holders converting the loan notes into equity, to support the group’s cash flow projections”.

The company has been trying to generate funds, pursuing discussions with a number of sources over the availability of both debt and equity funding to provide working capital and funding for growth initiatives.

Shareholders also recently voted to forfeit their pre-emption rights, which meant the company did not have to offer them shares before making them available to anyone else. This would empower the directors to allot equity securities wholly for cash.

Monday’s statement clearly indicates that directors need to raise urgently required additional working capital to remain trading as a going concern. The company is now in talks with a shareholder to invest $4 million into the company. This investment will go towards the company’s toll treatment joint venture with an unnamed partner. This partner, supposedly delivering at rates of up to 5 000 tonnes per week to the CRG’s metallurgical plant where gold bearing material is treated.

In addition, the company is in talks with the owner of a nearby tailings deposit, which is considered to host several million tonnes of gold bearing material.

Said CRG in Monday’s Sens statement: “The directors also believe that, in the context of the current capital market environment, along with the variety of growth opportunities the company is pursuing, such as the Target Tailing Deposit, the ability to rapidly access equity funding is essential and in the best interests of shareholders.”

Mineweb attempted to get more clarity from CRG regarding the above, but the company stated it was unwilling to speak to media, saying that it was “only accountable to the Department of Mineral Resources”. New target date of 15 May set. 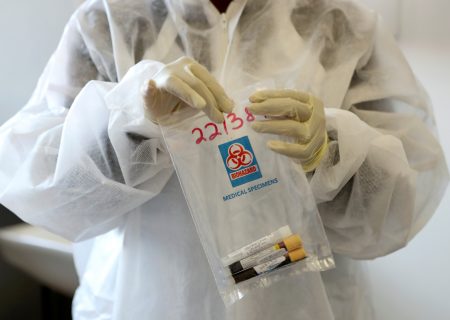