What next for TymeBank? After reaching the one million customer milestone in late November, just nine months after launch, TymeBank has set its sights on signing up two million customers by next December.

The bank’s major shareholder, African Rainbow Capital (ARC) Investments, says it is “onboarding approximately 100 000 customers per month, or between 20 000 and 30 000 customers each week”.

Of the one million customers who have opened accounts, around 40% are active. ARC Investments says “this growth rate has resulted in TymeBank being one of the fastest-growing digital banks at this stage of its lifecycle when measured against the leading digital banks across the world”.

In an update to investors in November, TymeBank revealed that 85% of customers came through its in-store channels, with the “most productive stores” being in the Eastern Cape and KwaZulu-Natal.

Customers have deposited R500 million in savings accounts (its GoalSave product) with the bank, and it says the average balance on these is R4 500.

Card swipes are the most common transaction type, with cash deposits at Pick n Pay till points the second most popular. It says “this demonstrates that cash on hand is still prevalent within the bank’s target market segment”. Half of TymeBank’s customers “earn a salary of less than R5 000 per month, and 45% of customers are older than 35”. This older segment is “more active” than its younger base.

Much of its strategy is premised on overcoming these.

Its “disruptive retail distribution model” with in-store kiosks helps solve the first issue, while its “structural cost advantage” and “simple proposition” overcome the other two barriers.

The distribution partnership with Pick n Pay (and Boxer) allows it to compete very effectively with the five other retail banks. In fact, when comparing the number of ‘outlets’, its reach is second only to that of Capitec Bank. And it achieves this with just a single “ambassador” at each outlet, plus fewer than 200 head office staff. Its rivals have tens of thousands of employees.

But it realises the limitation of the Pick n Pay and Boxer footprint. It is currently in a pilot with PostNet and this “has the potential to expand its physical points of presence by 390”. Importantly, this broadens its reach to neighbourhood or convenience centres. Additionally, it is “piloting a mobile kiosk” to expand access outside of these store networks.

TymeBank says it plans to roll out 200 mobile kiosks next year “in a long-term partnership with a large community of interest”.

Given the levels of co-operation between various Patrice Motsepe entities, it is possible that one of these will be leveraged.

Separately, there is also the potential of expanding the Pick n Pay relationship into its Pick n Pay Express convenience store network at partner BP.

The two firm plans in place for next year will take the total number of onboarding kiosks to in excess of 1 300.

The simplicity of TymeBank’s proposition was key to it disrupting the market, but it says that “very quickly customers started demanding more” than the “limited feature set” available at launch.

It highlights that USSD transacting is “still key, which may be indicative of the challenges people still face”. TymeBank currently only offers internet banking and a mobile app for Android (an iOS app will be available next year). The roll-out of USSD functionality is imminent.

Read: TymeBank: What it takes to go digital

ARC Investments says “a personal loan product” and “a low-cost bank account for small and medium businesses” are currently being piloted and prepared for public rollout to the market in early 2020.

Personal loans are slated for launch early next year, with a credit card to follow before mid-year. Fica for foreign residents will also be in place during 2020, as will international money transfer and a term deposit product.

It intends making small business accounts available by the middle of next year. By this time, Bank Zero will have launched. TymeBank says merchant-acquiring and business accounts for foreign residents will follow later in 2020.

Read: TymeBank could break even by 2022

African Rainbow Capital – via both its listed fund and directly (through FinHoldCo) – holds 65.5% of TymeBank. At the end of June, it valued this stake at R1.32 billion.

If I understood correctly, it owns 22% of Alexander Forbes, they also announced very good results. All round good news.
Maybe very worthwhile to add to one’s portfolio.

Can’t help but to think “how does Tyme Bank handles their customers’ FICA process?”

Are they exempted from FICA? (doubt it..) or did they “disrupt” that process as well?

(…would be great if all commercial banks can ‘disrupt’ their own hated FICA processes into an upload process only.) How would security / identity theft be negated?

The FICA process differs depending on the amount of money you spend in an account, not sure of the exact amounts but I think if you are depositing less than R10000 a month you only need an ID number to open an account.

Any bank could have done this but historically banks have chosen to be exceptionally conservative with how they manage the FICA process, although you have seen some banks start to allow verification through ID and selfie for example std banks shift app, I think nedbanks mobi money also allows for ID only verification

EasyEquities has been doing it for *years*.

Exactly the point. How do they not have to produce a physical address? If one adds up all the banks in Sa’s claimed customers, we must have a population of 2 billion !

The fica process exemption, could mean that the majority of the clients or no SA Nationals ?

Plus their IT costs seem low.

Too bad that their customer service is at real SA levels…non-existent.

Called their support line, and was told they will look into it. Nothing happened. Filed requests for call back on the website, and no call received…

I for one am not impressed, if they are already struggling (and this was a few months ago already), I don’t know if they can handle 1m or 2m customers without serious hardware upgrades (which cost $$$ money).

I agree with you. I tried to open an account online but I couldn’t. I tried to call their helpline and there are no agents available to help

Never heard of them.? 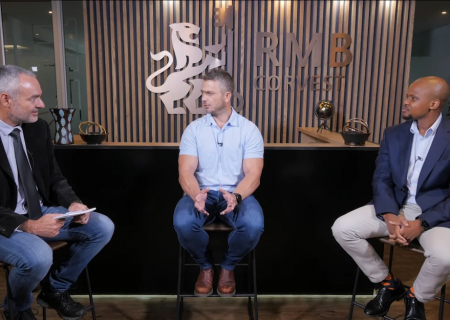