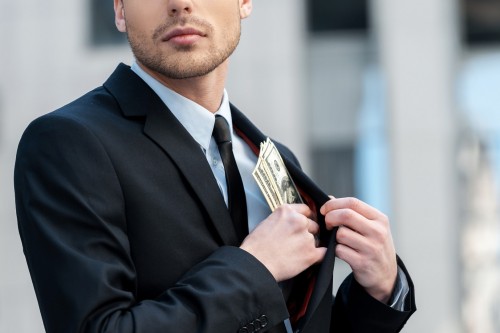 The levels of executive remuneration in the mining sector are always contentious due to labour tension in the sector and the perceived inequality that exists between the highest and lowest paid employees.

A Moneyweb analysis shows that, although there are a few outliers where CEOs earn in excess of 100 times the salary of the rank and file employees in their companies, the overwhelming majority of company leaders in the mining sector earn less than a widely accepted ratio of 50 times.

The research, conducted by Moneyweb and Profile Media, is based on the manual analysis of the annual remuneration packages of 966 executive directors of 329 listed companies, as published in the companies’ latest annual reports. The research excludes long-term incentives such as share schemes. These packages were then compared with the average salaries of employees in the respective economic sectors where the companies are plying their trade (data from Statistics South Africa) to calculate the pay gap ratio. Read here for the full methodology of the research.

This research was prompted by the new US Securities and Exchange Commission’s (SEC’s) introduction of a new pay gap ratio rule, which will force US companies from 2017 to disclose the ratio between the salaries of their executive directors and their rank and file employees.

Visit Moneyweb’s comprehensive analysis tool to analyse the salaries of all the executive directors of the 329 JSE-listed companies.

Executive remuneration will always be a contentious issue, especially in the mining industry. The industry is also under a lot of pressure from low international commodity prices, with many mines currently suffering losses.

From the research it is clear that the pay gap ratio in the broad mining sector is similar to the average ratio of all JSE-listed companies. It is also evident that the massive salaries of international mining giants Anglo American CEO Mark Cutifani (R66 926 332) and BHP Billiton CEO Andrew Mackenzie (R56 902 390) have a significant impact on the average salaries in the mining sector.

The pay gap ratios below are based on average annual salaries of R192 000 in the gold sector and R209 000 in the non-gold sector as found by StatsSA.

The tables below represent statistics for CEO remuneration.

Nic Holland, CEO of Goldfields, is the highest paid South African-based mining CEO and received a total annual package of R28.17 million in the company’s 2014 financial year. This included a basic package of R10.7 million and a bonus of R11.5 million. The pay gap ratio in Goldfields for Holland’s full package was 147 times, or 87 if his bonus is excluded.

The only other South African-based company where the pay gap ratio exceeds 100 times is Assore. Christopher Cory‘s R21.6 million package resulted in a pay gap ratio of 103 times.

The lowest paid CEO in the gold mining sector was Niel Pretorius of DRD Gold. He received a basic package of R5.5 million and he did not accept a bonus. DRD Gold’s pay gap ratio is 29.

The analysis of the annual reports also shows that several CEOs in the mining sector do not receive a salary. This list includes many smaller companies such as Atlas, Delrand, and Keaton.