Peter Moyo, Old Mutual's former CEO. The dismissal of a chief executive is seldom given such publicity as has happened in the case of Old Mutual. Image: Moneyweb

A legal battle between Old Mutual, the South African-based pan-African investment, savings and insurance group, and its chief executive officer Peter Moyo has dominated news headlines in the country for the past eight months.

The drama has involved vitriolic public attacks, numerous court cases and claims and counter claims from both parties. It is seldom that such extensive publicity is given to the dismissal of a chief executive of a listed company and to the inner conflicts in a company. These matters are usually resolved internally.

The publicity given to the Moyo saga has brought to the fore some important lessons that should be noted by company directors. The first is about what it says about directors disclosing conflicts of interest.

The second is about how tricky it is to reinstate a director once they have been dismissed. In my research I found a few cases where courts have indeed reinstated executive directors. But the process is complicated because relationships have invariably turned sour.

The other useful lesson is what the Old Mutual events tell us about the role of directors – even after they have been fired. Based on my research findings I argue that directors still owe certain duties to the company, such as loyalty, even after they are fired. And that sticking to company policies on engagement with the media is the wise thing to do.

How the saga unfolded

In the middle of last year Old Mutual dismissed Moyo as its CEO because of a breakdown of trust and conflict of business interest. The action was taken because of questions around a dividend payment by an investment firm co-founded and partly owned by Moyo.

A month later a judge ordered Moyo to be temporarily reinstated. But Old Mutual refused to allow him access to his office pending its appeal of this decision. Moyo then launched an application to hold the Old Mutual board in contempt of court.

Early this year a full bench of three judges held that Moyo had been properly dismissed.

The sorry saga isn’t over yet. Moyo is insisting on his reinstatement and is appealing the judgment. He is also continuing with an application for contractual and reputational damages, a contempt of court application and an application to declare the entire Old Mutual board delinquent.

Manuel happy to move on from Moyo drama

The Moyo saga highlights the importance of a director’s duty to disclose any conflicts of interests. The Companies Act sets out the rules relating to the disclosure of a director’s personal financial interests in the company’s business.

Directors stand in a fiduciary relationship to their company. This means that they must act with loyalty and in good faith. They must not put themselves in a position where their personal interests conflict with their duties to the company. If they have personal interests in a particular matter, they must disclose them to the board. And after disclosure they must not take part in board decisions relating to that matter.

Failure to comply could have serious consequences. For instance, it could render the entire transaction invalid.

Because of the clear breakdown in trust and confidence, the court said that there was no realistic prospect of Moyo ever being reinstated.

In another case the Constitutional Court also did not reinstate two directors who had been unlawfully dismissed by the Minister of Defence and Military Veterans because it found that their relationship had disintegrated beyond repair.

The dos and don’ts, even after leaving

The other reason Old Mutual cited for losing trust and confidence in Moyo was that he’d given public interviews to the media after his suspension in which he criticised Old Mutual. The company said these negative statements breached its media policy and harmed its reputation. It also said that Moyo acted against its interests and that he had not acted according to the standards expected of a chief executive, even though he had been suspended.

As I found, even after a director leaves his company, he still owes certain fiduciary duties to the company, such as a duty of loyalty.

Directors should be careful not to breach their company’s media policy – if there is one – even after they leave the company. They should exercise caution in the public statements they make about the company. Making negative statements can lead to the relationship breaking down even further, making their reinstatement impossible. It could also limit their chances of being appointed to other boards because of the fear that they may again harm the company’s reputation.

Directors (all of them not just the CEO) owe firstly a duty to the Company. Not to the structure of how and by who they came to be appointed. That is to me the problem : shareholders are not involved enough and by that I mean the actual owners, not the situation today where the professional investment management industry acts as proxy for the actual owners of capital.

Just illustrates the toxic environment that has developed in many SA institutions. Dodgy people in it mainly for themselves.

Agree that owners and shareholders would never behave like this.

Sanity prevails at last. No way could Moyo ever be reinstated.

If he’d won, the board would be fired and he’d be the king of old mutual. Now how could you ever get rid of him?

Absolutely, Navigator. Sound common sense (tho’ apparently not too common in this case) says that if Moyo was reinstated to a company that has made it abundantly clear they didn’t want him, how would he then operate? He would be white-anted, not given support or necessary info or the collaboration of his colleagues. In short, it simply Could. Not. Work. End of story. (To clarify, I am not waving a particular flag for OM, simply stating the logical practicalities of the situation.)

…if Moyo was reinstated to a company that has made it abundantly clear they didn’t want him, how would he then operate?

You hit the nail on the head. Moyo thought that he was appointed King.

When appointments are done more on factors other than competence and integrity, this is what happens.

Just look at the share price for 10 years and ask yourself, would I invest my hare earned money with this company?????

Businesses can apply for funding of R750 per employee per week, for a period of 15 weeks. 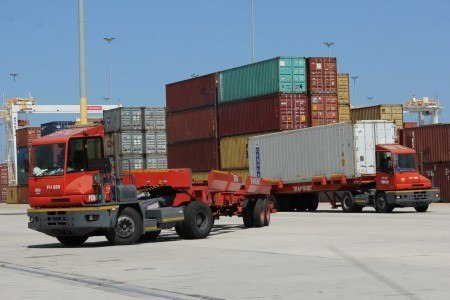