Stocks the JSE’s biggest shareholders have bought and sold

Big institutional investors pile into Naspers and out of MTN.
By Patrick Cairns 7 Sep 2016  00:30 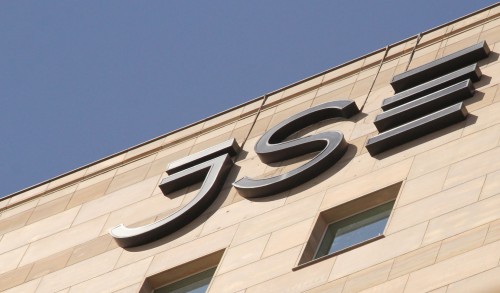 CAPE TOWN – Naspers may be trading at a price-to-earnings ratio of over 100 times, but big portfolio managers are still climbing in to the stock. According to statistics released by financial software and data company TimbukOne, Naspers was the most popular share amongst the JSE’s 100 biggest shareholders during July and August.

The data shows which counters the 100 biggest shareholders on the JSE by portfolio size bought and sold most of during these two months. These entities were net buyers of more than R2.5 billion worth of Naspers stock over this period, which is almost twice as much as the same shareholders bought of the second most popular counter, Steinhoff.

The table below shows the 20 most popular companies amongst the JSE’s largest shareholders in July and August:

It is noteworthy that there was significant interest in certain local banking shares, with FirstRand most prominent. Standard Bank and Investec were also heavily bought.

There has been significant volatility in these counters since Nenegate last year and given the continued uncertainty around Treasury and a potential credit downgrade this is likely to remain the case.

These large shareholders were also big buyers of mining stocks. The gold miners Gold Fields and AngloGold Ashanti continued to be popular as their 2016 rally continues. The two shares are up 102% and 131% respectively so far this year.

There was also strong buying of Anglo American Platinum and BHP Billiton.

Retailers TFG, Clicks and Woolworths also found favour despite growing concerns about local consumer spending. Clicks is also looking rather fully priced on a PE ratio of around 28 times.

At the other end of the scale, the table below shows the stocks the JSE’s 100 biggest shareholders sold the most of during July and August:

MTN was the company most shunned by these large shareholders. This says a lot about the troubles at company level, but the investment case for the telecoms sector as a whole is also growing less rosy as there was also fairly heavy selling of Vodacom shares.

Second on the list is SABMiller, with many asset managers exiting their positions ahead of the likely mega merger. Many have rotated into AB InBev, but others have realised profits and have elected to reinvest elsewhere.

Harmony is the lone mining stock on the list. The company’s share price is up a remarkable 225% this year, and 441% in the past 12 months, and it’s likely that some people have decided that it’s time to take some profits.

The four property counters that appear are a final point of interest. Growthpoint, Capital & Counties, Redefine and Resilient are amongst the largest locally-listed real estate investment trusts (Reits), and they have all come under pressure.

The four property counters that appear are a final point of interest. Growthpoint, Capital & Counties, Redefine and Resilient are amongst the largest locally-listed real estate investment trusts (Reits), and they have all come under pressure.-

Otherwise, the majority of local REITS are under great pressure, not doing too well.

Big fund managers sell because they think the price is too high. But the buyer thinks the share offers value, and can sell it higher in future. It is a zero sum game. The same with Naspers and the other ” popular companies “, someone thought it was time to offload the shares… Let’s watch this space !