For one thing, the ‘financial creditors’ – a third category of claimants – are set to receive the full face value of their debt.
By Ann Crotty 14 May 2021  00:01 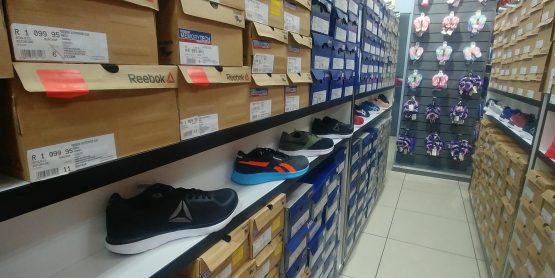 The applicants, who exchanged their stake in Tekkie Town for Steinhoff shares worth R1.85bn in 2016, say the proposed settlement offers them no ‘meaningful benefits’. Image: Moneyweb

The former owners of retail footwear and apparel company Tekkie Town have lobbed a grenade into Steinhoff’s complex plans to settle a swathe of multi-billion euro claims.

In a move that poses a major threat to Steinhoff’s financial creditors and the contractual claimants, former Tekkie Town owners – including founder Braam van Huyssteen and former CEO Bernard Mostert – have filed an urgent application in the Western Cape High Court to have Steinhoff liquidated.

In their application the former owners say that the global settlement proposed by Steinhoff offers them no “meaningful benefits” compared with the likely outcome of a liquidation.

Better off under liquidation

According to the settlement terms proposed by Steinhoff, Van Huyssteen and Mostert who are deemed ‘contractual claimants’ stand to recoup between 4.2% and 5.8% of their claim. By contrast a liquidation could be expected to generate a return of between 4.6% and 7.6%.

Read:
Sharing out the Steinhoff crumbs (Aug 2020)
Can Steinhoff be trusted? (May 10)

The court papers dismiss suggestions that a liquidation of Steinhoff would create uncertainty over the employment prospects of its tens of thousands of employees across the globe.

“The employees in the Steinhoff group are employed by the subsidiaries which are sustainable business.

“There is no reason that the position of the subsidiaries’ employees would be imperiled if the respondent is wound up,” say Van Huyssteen and Mostert.

They suggest that the number of employees might not be much more than three – namely CEO Louis du Preez, CFO Theo de Klerk and company secretary Sarah Radema.

While much has been made of the discrepancy in the settlement figures proposed for market purchase claimants versus ‘contractual claimants’ such as the former Tekkie Town owners, former chair Christo Wiese, GT Ferreira and the Du Toit trust, the liquidation application highlights the very favourable position enjoyed by a third category of claimants, the ‘financial creditors’.

Many of these creditors bought up old debt at a discounted rate from Steinhoff’s original creditors after reports of “financial irregularities” triggered a collapse in the group’s share price in December 2017.

In terms of the agreement reached with these financial creditors, who have two representatives on the litigation committee, Steinhoff will repay them the full face value of their debt.

“Accordingly, they will be receiving substantial returns on their investment,” said Tekkie Town’s former owners.

Not only will these financial creditors receive full payment, they are receiving 10% a year until that payment is made.

The generous payment to the financial creditors partly reflects the extremely strong bargaining position they held. A liquidation would fundamentally threaten that arrangement.

In a Sens statement released hours after the court application was made on Wednesday Steinhoff said it will vigorously defend any attempt to disrupt the proposed global settlement.

It also gave notice that it will likely fight the action on jurisdictional grounds, stating that the “proper forum” for any action relating to the proposed global settlement was the Dutch courts.

In its brief Sens statement Steinhoff said: “The global settlement proposal currently under consideration by the Dutch court incorporates provisions to address the disputed claims of the Tekkie Town claimants against the company.”

However the former owners of Tekkie Town state that although Steinhoff was incorporated in the Netherlands in 2015 it has no real connection to that country.

“It is a chimera created to enable a group of South African companies and individuals to export financial assets from South Africa to the perceived safer waters of the Frankfurt Stock Exchange and, notionally, to provide the respondent with means to access European financial markets.”

In their application the former Tekkie Town owners say they were fraudulently induced to sell their business to Steinhoff in 2016.

They state that the accounts on which that transaction was based were declared to have complied with all applicable accounting and financial reporting standards.

In addition Steinhoff’s former CEO Markus Jooste had stated that he knew of no facts or circumstances which, if they became known, might have a material adverse effect on the publicly traded price of the ordinary shares in Steinhoff.

The former owners sold their 59% stake in Tekkie Town in exchange for shares worth R1.85 billion at the time and agreed not to sell those shares for three years.

“In addition Steinhoff’s former CEO Markus Jooste had stated that he knew of no facts or circumstances which, if they became known, might have a material adverse effect on the publicly traded price of the ordinary shares in Steinhoff.”

with reference to the above: that says it all about steinhoff and why it is where it is right now, while the former ceo says he knew nothing about it – well what the hell as ceo was he then doing?????

Well I guess every Executive in SA has learnt the neat trick from our ANC masters about how to obfuscate, refuse responsibility and run someone else’s business with Butt’s in the air and Heads buried very deep in the ground.
Crisis – what crisis!!!!!
I did not see, hear or feel a thing as CEO/Min/DG/Dir/Pres/Chief/King of Anything Inc…..

The right thing to do because the only one that benefits is Wiese who did not do his job…. was too busy trying to get his wealth score up regardless of manner of way

Law requires proof that a liquidation must be in the interest of creditors – – this is probably what CE Du Preez is going for.

Yet, DU Preez admitted the company ins insolvent – at the AGM – as proven in the financials. Trading under these conditions are dangerous, but I suppose Du Preez wants to rescue and make name for himself that way.

I wonder, with Wiese (who sourced and ‘appointed’ Du Preez, whether his motives are as clean as he claims it to be.

Mostert and Van Huyssteen are moving the goalposts for Du Preez – he now need to tread very carefully as he may be in trouble if the liquidation is ordered and he has given undue preference to certain creditors.

Gentle reminder that the tekkie town owner van Guys steen to this day! Remains friends with markus jooste and publicly defended him on various radio interviews.

Also, still in the horse racing business and has bought and sold (still today) with markus jooste.

JUST so everyone knows who they want to support.

Also the guy who’s sole proof of the earn out agreement with Steinhoff was literally written on a piece of napkin at a restaurant. Yeah that’s not dodgy at all!

Seems to be a common refrain in S.A. . . . .”I knew nothing of the fraud”, “It wasn’t me, it was someone else”, “I didn’t realise what was going on”, “I’m not responsible for the missing millions”, “I …..”
Well I suppose that if the ANC can get away with it, so can the private sector.
And of course, still no action taken against Joote.