Why George said no to Mediclinic

Municipality (sort of) explains why it would not grant permission for the building of a new hospital.
Adriaan Kruger  /  19 September 2019 00:10
10 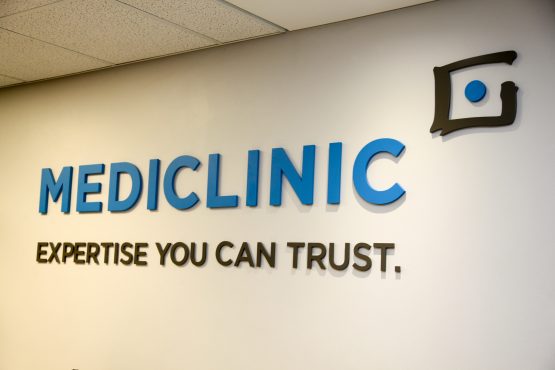 By George … the municipality seemed peeved that questions about the decision to put a R700m investment at risk were put to it at all. Image: Supplied

George Municipality only answered questions about its refusal to allow Mediclinic to build a new hospital in the city after Moneyweb published an article on the issue.

It took seven days, but the answers make for interesting reading and give an intriguing glimpse into the workings of decision-making within a municipality.

The decision effectively puts an investment of R700 million at risk, yet the municipality seemed peeved that questions about the reasons behind it were posed to the municipal manager at all.

“A quick search of the George municipal website and the local newspaper would have revealed a number of statements made by the municipality in this regard,” says Chantel Edwards-Klose from the municipality’s communications department.

However, the basis of proper journalism is not to merely copy and paste parts of other newspapers’ articles, but to ask questions, check facts and give relevant parties the opportunity to respond.

A quick look at said statement on the municipality’s website shows that pertinent questions regarding the issue are not all addressed.

It seems one of the major reasons for declining the application was that the development proposed much more than just a hospital for Mediclinic; it included other infrastructure, such as doctors’ offices and related services.

Below are the responses to our questions as answered by Delia Power, acting director of the municipality (quoted word-for-word).

Is this the final decision?

Every decision taken by the municipality is final. Once an administrative action is taken it cannot be revoked, unless challenged in a court of law.

Can Mediclinic appeal the decision?

This application has already gone on appeal, and the final decision of the appeals authority was published with reasons supporting the decision.

Why was the application rejected?

Full details of the decision and reasons are captured in the final decision and the reports of the expert advisors that were appointed to assist the appeals authority. This documentation can be made available upon receipt of an application in terms of the Promotion of Access to Information Act.

[The aim of this Act is to promote transparency and give anybody access to information from public or private bodies once they can give reasonable justification why information should be made available. A famous example was the case in 2011 when Sake24 approached the courts in terms of the act to force Eskom to disclose the price at which it sold electricity to aluminium smelters.]

Who rejected the application – officials or councillors?

The hearing took place on April 1 where the applicant, objectors and municipality were represented and were given the opportunity to submit their evidence and elaborate on their arguments. In the final decision, after consideration of all the facts, the appeal authority upheld the previous decisions taken in respect of the application. To our knowledge, no further application for review has been filed in respect of this application.

Why not allow a new hospital for the use of residents and a R700 million investment?

In our previous media statements the municipality qualified that it is not opposed to the expansion of the hospital. Several alternative sites have been identified and [were] discussed with the applicants even before inception of the application in 2016.

As is obvious in most of these cases with municipalities is that the right amounts were not received by the appointed officials before granting the requests – my own building plans took 3 years before I paid.

Red tape encourages corruption, although that is unlikely to be the case here.

This entire process takes a mininum of two years.

Of course this almost half a million rand and two years exclude possible court appeals.

What private individual or SME can afford that before earning a cent?

This article doesn’t actually explain why the application was refused. Surely the next step would be for the journalist to refer to the sources, and to use the PAIA to dig further?

What a absolutely unprofessional response from the ‘communications’ department.

Imagine been this clueless.

This is standard arrogant selfserving gobblespeak for all municipalities. Lots of words but no meaning. Very bad hostile attitude towards ratepayers and no accountability.

There is something very fishy about the planning council in George. Recently had a building project there and items that went through on the neighboring property without hitch were held up for months. In the end I don’t know if they just gave up on getting something out of it or had a random change of heart but it got approved

The irony of the hearing taking place on 1 April. This whole story sure sounds like a joke!

Maybe the same reason a community in Cape Town did not want a new school: It is the DA’s plan to disrupt the community.

The entire article is based on some legal rights etc but the real question of why it was refused is quite a simple one. It begs for a common sense answer based on ” the reasonable man ” principle. Therefore , one can only suspect a “tit-for-tat ” reaction of something that happened in the past ..right or wrong ?? If the old saw mill was not suitable and re-classified , then why is the horse riding premises not good enough ? WE smell a huge rate here. And so say most of us here in George