Why it may be an opportune time to buy Adcorp shares

Intellidex expects management to continue cost-cutting, ‘which will align affected businesses with the economic reality and help margins’.
By Orin Tambo 8 Nov 2016  00:01 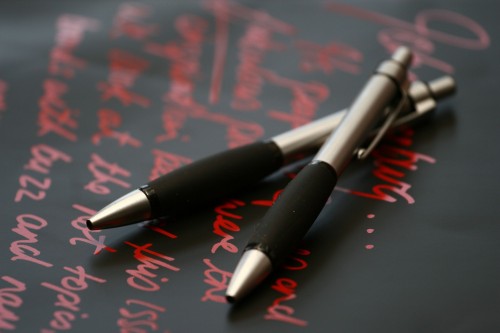 Adcorp has been a disappointing share over the past two years, with key influencing factors being the introduction of the New Labour Relations Act, the negative job growth curve in SA and the downturn in the commodity cycle.

Revenue for the six months to end-August was R8.07 billion, just 3% better than the comparable period. Operating profit fell 28%, partly due to the material swing from the prior period’s unrealised foreign exchange gain of R21.1 million to a loss of R18.9 million. The underperformance by Adcorp’s Australian subsidiary, Dare, which was acquired last year, and the group’s African operations contributed further to the lower year-on-year performance. Excluding once-off items, normalised profit was 14% lower at R218 million and normalised earnings came in at 128.1c/share (1H16: 157.3c). The dismal earnings performance has seen Adcorp’s shares plunged from a two-year high of R35.55/share to around R14/share, shedding over 61% of shareholders’ wealth in the process. The stock, which historically has an average price:earnings ratio (PE) of above 12, is now trading on a lowly PE of 5.7 times.

At this level, some value investors must be pondering whether it may be an opportune time to buy in. But before making any decision on a stock with such valuations, it is always important to identify the causes of the underperformance and determine if those factors are going to have a permanent effect on the company’s financials. Otherwise you may fall into a value trap – buying stocks that appear to be cheap but might never improve.

The depressed global oil and gas prices are hurting the profit margins of Adcorp’s international businesses. Dare and most subsidiaries operating in the rest of Africa have exposure to the oil and gas markets. Though it is difficult to see a significant recovery in oil prices in the short term, we do not view this as a permanent threat – unless the Organisation of Petroleum exporting countries (Opec) and non-Opec members agree on cutting oil output in their meeting later this month. At some point commodity prices, which are known to be cyclical, will recover and these businesses will do well.

In the short- to medium term we expect management to continue with cost-cutting measures, which will align affected businesses with the economic reality and help margins.

The South African businesses have for some time been under pressure due to the declining economic environment, but conditions were exacerbated by the new Labour Relations Act introduced at the beginning of last year. When the law was passed there was widespread confusion in terms of who – the employer (Adcorp’s client) or the temporary employment service provider (TES) – would retain the employment contract of temporary employees after the initial three months of employment. Some employers were advised that after a three-month period, temporary employees would be deemed to be their sole and permanent employee. This saw a significant number of employers taking on contract staff as permanent employees or simply terminating their contracts, which led to a plunge in volumes for Adcorp, particularly in the white-collar segment.

The ambiguity was, however, clarified when Labour Court ruled that the TES retains the employment contract. This ruling has already brought stability in the TES market with Adcorp saying that a substantial portion of lost volume has been recovered since the ruling.

Given the sizeable volume and cost shifts, we expect the above factors to force the group’s metrics to rebase in the short to medium term. We expect the full impact of lost volumes to be felt in FY17. But in the medium to long term we think margins will settle at 0.2% to 0.3%, lower than the group’s historical average of around 3%. Based on those projections we see the group’s fair value at R15.86/share, which tells us it’s the right time to buy in.

Thanks for the opportunistic advice. Next time you write a similar article, put the “Nature of the business” first, not last.