Why Peter Moyo pitched his damages claim at R250m

The axed-but-reinstated CEO says Old Mutual might have paid him a similar amount over four years if he wasn’t fired.
By Ray Mahlaka 3 Oct 2019  00:01 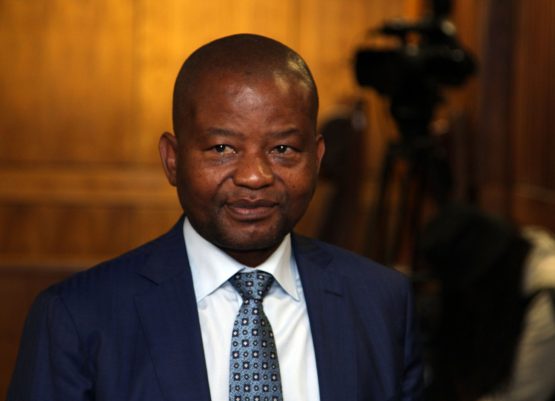 Axed CEO Peter Moyo claims his 'first prize' is to be reinstated at the helm of Old Mutual. Image: Moneyweb

If the four-month-long dust-up between Old Mutual and its axed CEO Peter Moyo continues with him not being reinstated, he is happy to walk away from the insurance group with a R250 million payout.

For the first time, Moyo has revealed an amount he is claiming for damages against Old Mutual since he was fired by the insurance group on June 18, following a “breakdown of trust” between him and the board, chaired by Trevor Manuel.

This prompted Moyo to sue Old Mutual for unfair dismissal. The high court in Johannesburg has twice ordered that he should be temporarily reinstated as CEO.

The R250 million claim for damages is contained in Moyo’s court papers that he served to Old Mutual on Friday for the second leg of his lawsuit, wherein he seeks to declare the non-executive directors, including Manuel, delinquent.

In this process, Moyo is also claiming damages from Old Mutual, saying his high-profile sacking from the insurance group has ruined his reputation and that he would probably “never get a job” in corporate South Africa.

Old Mutual spokesperson Tabby Tsengiwe says the insurance group still believes it was correct to dismiss Moyo, adding that it will defend against his claim “vigorously”. She says the R250 million claim is in addition to the R35.5 million he received for “doing the job” and the R4 million paid over his six-month notice period.

Moyo’s first prize would be to return to Old Mutual and fulfil his CEO duties; the R250 million claim is an alternative remedy if he is not reinstated. “The number [claim] comes into play if I don’t get reinstated,” Moyo told Moneyweb. “My primary claim is not money but to be reinstated.”

Moyo is claiming for contractual damages because Old Mutual fired him without offering him a disciplinary process – breaching the terms of his employment contract with the insurer. His legal team believes the claim against Old Mutual is in delict, a legal concept for intentional negligent or breach of duty of care that inflicts loss or harm.

At face value, a R250 million claim is extraordinary. After all, it is the equivalent of the unlawful spend on former president Jacob Zuma’s Nkandla home upgrades.

However, Moyo maintains that he would have been paid the amount if he had served the remaining four-and-half years of his employment contract with Old Mutual. He adds that the amount is also linked to his total remuneration package, which includes long-term and short-term incentives that are tied to his continued employment at the group since his appointment as CEO in June 2017.

The biggest contributor was a R15.4 million incentive awarded to him for being part of a team that completed the split of Old Mutual into four financial services businesses, through what was called a managed separation.

Apart from his R8.4 million annual salary, Moyo has long-term incentives including Old Mutual shares worth more than R47 million at Wednesday’s close of R19.42 a share. He was also awarded additional long-term share-based incentives worth R12.6 million in March 2019.

The long-term incentives have a lock-in period up to 2022, meaning that Moyo would have to be employed at the insurer for the next three to four years to enjoy these benefits.

He has other deferred short-term incentives, including performance bonuses, that are worth about R2 million.

In total, his long- and short-term incentives are worth more than R60 million. When his annual salary is included in his total incentives, Moyo says he would have been naturally paid a figure close to R250 million by Old Mutual to serve his entire employment contract.

Labour lawyer Andrew Levy, founder of Andrew Levy and Associates, says although he finds Moyo’s R250 million claim extraordinary, he might use the figure as an opening negotiation position with Old Mutual.

“It might be his opening position and then his team might get the figure down to R100 million and R80 million. I can’t see any basis for getting to the figure [R250 million] unless Moyo has huge share options and takes the view that under his stewardship the share would double in value,” said Levy.

Informing Levy’s view is that if Old Mutual decided to settle with Moyo, it might revert to his fixed-term employment contract, which might set out ways to determine the value of his long-term benefits, and tie it to his ultimate settlement.

Lucky policy-holders. They are sure getting value from the OM directors.

Tell me about it.

The Hun 12 months ago

Some people are paid far too much.

We should revert to Socialism isn’t it?

Because this is of course the way to solve high salaries high?

Public schooling logic. If one points out a flaw in one system, this means that one supports the opposite system.

Should salaries be capped? isn’t that communism? A simple question.

Old Mutual was prepared to pay him R250 million if he served his full contract.

Who said anything about capping? Even if someone did, that is very very very far from the definition of communism or socialism (which one – you need to pick one though).

Piling a made up assumption on top of a word you clearly don’t understand… Phew – the reds really get you worked up and irrational.

Deal with these arrogant bastard who think they are a law unto themselves. This is why they want the Labour Relations act dumber down. If a whole CEO can be treated this way, imagine ordinary workers with mo money to hire lawyers and no recourse.

This reminds me of what Director General’s in Government go through. Maybe because the Chair is a former Minister. One wonders how many DG’s are fired or discredited but due to lack of funds do not have the will to fight.
Why OM chose a guy who reports to one of Peter’s exco members to be OM’s representative at Peter’s company was bizarre to say the least. So if Peter decided to pay himself a divided what was the poor guy to do or say (Boss of my boss you cant do that).
Anyway this soap story is boring now.

At the end of the day Old Mutual will pay, maybe not R250m to Moyo but with thelegal fees their lawyers are charging it will still be over R250m. Watch this space.

Even if they pay or not, I hope the delinquent director case continues. If it doesn’t OM shareholders should pursue the case on principle.

Moyo has received enough money from OM. This is not some pie in the sky monopoly money. It is my and other policy holders money. Please just leave. Go join Denel, SAA, Eskom. You will feel at home there. Hamba Wena

I wonder if you would be so brave if you were improperly fired from your job.

The “destruction of shareholder value” here is PEANUTS compared to the damage Ian Moir and his team of delinquents accomplished at Woolworths. TENS… of… THOUSANDS… OF… MILLIONS.

A figure so GINORMOUS ordinary folks cannot get their head around. Ever!

And the shareholders have PAID him R190M for doing this!

And are eager to CONTINUE paying him more (just don’t call it a bonus!).

The directors who lost the ball? Or the shareholders who dropped the ball?

Somebody please explain … my two brain-cells have gone AWOL.

Ian Moir should have been let go a long time ago.

So this chap gets paid R50 000 000 per year. He doesn’t own the business, he just works there. The 50 million is therefore paid out of money that belongs to the shareholders.
Let’s assume that part of his package is that he gets one month’s leave, therefore he earns R4.545 million per month for the 11 months that he is present. There are approximately 23 working days per month, therefore he gets paid R197 608 per day, every day. Let’s also assume that he works really long hours, say 12 hrs per day, so he is getting R16467 per hour. Every working hour, every working day, every month of the year. For the next 5 years.
What does he do that is so valuable to society?
It’s no wonder he doesn’t want to lose his job.

About 3 km away from Old Mutual head office in Sandton, is Alexandra, where many people live in abject poverty.
Moyo and Manuel, you have a lot of gall.
I’ve already cancelled my policies and sold my shares with OM.

Agreed and point taken. Some of the comments above yours refer to absolute comments i.e. if you do not agree with Directors remuneration then you believe in communism.

As you have done, this should be viewed from the degree to which these guys are paid (shades of grey) which is ridiculous. As commented before on Bob Van Dijk’s remuneration, you cannot tell me that the value add that these guys bring is so much to the shareholders and more importantly they do not take any downside risk (as most small to medium size business owners take everyday). I bet we could find somebody else to the job even better for say R10M a year. 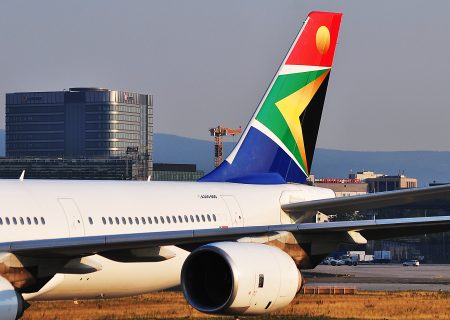