Why Shoprite group has Pick n Pay on the back foot 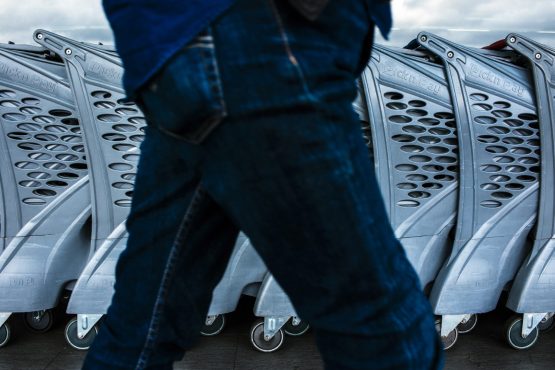 The Shoprite group is firing on all possible cylinders.

Between July and December (technically January 2), it grew sales by 10%. Sales in its core South African supermarket business, including liquor, were up 11.3% – an astonishing result given the impact of the civil unrest in July, plus relatively low internal selling price inflation of 2.6% for the period.

We won’t see a trading update from rival Pick n Pay until late March or early April, given that its financial year runs until the end of this month.

Based on trading in recent years, however, it is unlikely to come close to matching Shoprite’s numbers.

The last time it managed to grow turnover by more than 5% was in 2019 (long before Covid-19), when it posted growth of 7.1% in the year to March 3. Since then, sales growth has been decelerating. In the next six months (to September), it changed how it accounted for airtime sales, and turnover grew by 4.8% (versus a comparable 6%, meaning that the 7% number was higher than the core growth in retail turnover, excluding airtime/data sales).

It’s been stuck somewhere around 4% growth ever since. Double-digit growth is a pipe dream.

Historically, Shoprite has always enjoyed a far superior trading margin to rival Pick n Pay, but in recent trading the difference is stark.

In its South African supermarket division, Shoprite’s trading margin was actually 7% for the year. Pick n Pay’s for the six months to end of August was 0.9%. This is a world of difference.

And because Pick n Pay’s local operations include a sizeable clothing unit (surely operating at higher margins than 1%); Boxer (which has structurally lower costs than anything else in the group); almost as many Pick n Pay franchise stores as corporate-owned ones (where it is paid a franchise fee); and lots of liquor stores (also at better margins than selling food), it could be possible that the core Pick n Pay supermarket (and hypermarket) business is loss-making.

Both retailers have been boosted by liquor sales (and been hurt by lockdowns since March 2020), and their aggressive rollout of liquor outlets tells the story. There’s only so much more of this to run.

No wonder Pick n Pay is doubling down on Boxer. Its stated aim is to open 200 Boxer stores in the next three years, an ambition repeated by new CEO Pieter Boone in an interview with Bloomberg this week. These would be across various Boxer formats, including supermarkets, smaller shops (Punch), liquor stores, and building supply outlets.

Achieving this aim will increase the total Boxer footprint by 60% – not a small number.

The problem is that Pick n Pay has not been able to open more than 27 Boxer stores a year in the last five years (and that excludes closures!). Last year, it opened a net 44 stores, boosted by the “conversion” of 18 stores it had presumably acquired. To get to 60-plus stores a year is going to require a mammoth effort.

Its operations across SADC markets are performing well, but account for around 8% of its total. This is not going to move the needle materially, neither is its painfully slow tip-toeing into Nigeria where it opened a “small store” in partnership with AG Leventis in March 2021.

By comparison, Shoprite has paid its school fees and already beat a hasty retreat from Nigeria (and other markets like Kenya). One wonders why Pick n Pay believes its outcome will be any different to a more formidable operator.

By contrast, the Shoprite group is aggressively pursuing growth in its home market, filling out gaps in its portfolio and entering adjacent markets.

Winning the battle for wealthier shoppers

The refocus of Checkers to compete with Woolworths Foods business was a masterstroke and has clearly attracted a ton of higher-income shoppers.

It’s doing better than Woolies, which reported turnover growth of 3.8% for the six months to the end of December, versus 11.4% for Checkers.

And it is addressing the lone blind spot in its strategy by opening smaller ‘Checkers Food’ stores to cater to the neighbourhood convenience market. This allows it to trade in areas it simply wouldn’t have been able to.

Pick n Pay simply cannot compete with its current offering. Even its “premium” stores such as Constantia, PnP On Nicol and The Falls (in Gauteng’s West Rand) pale in comparison to Checkers’s new FreshX stores, with their in-store Starbucks and Kauai counters.

Will it continue to sit back and allow Checkers and Woolies to eat its lunch?

(Just one example: PnP relaunched its healthy-eating range ‘Live Well’ in January 2020, while Checkers unveiled the ‘Simple Truth’ more than a year prior to that.)

One gets the sense that a significant contributor to Checkers’s growth in the most recent six months is the strength of its Sixty60 on-demand delivery offering.

Pick n Pay was effectively forced to buy Bottles, now rebranded as PnP Asap! But it still lags Checkers in terms of how embedded it is in store operations, rollout and – crucially – mindshare. That Shoprite saw it necessary to create a joint venture with RTT so it owns the last-mile delivery aspect of this service illustrates how important the group believes this to be to its future. PnP is stuck playing catch up.

Finally, Shoprite has not been shy to enter adjacent markets. Baby-focused stores (Little Me) both within Hypers and as a standalone pilot have been rolled out. It has quietly opened 12 Petshop Science stores targeting a largely fragmented market, and it opened a standalone pharmacy, MediRite Plus, at the end of last year. The rest of its nearly 150 MediRite stores are inside supermarkets.

It notes in its trading update that “MediRite and Transpharm’s sales growth increased notably on the comparative six months” and this will surely be an area of focus in the near-term.

By comparison, Pick n Pay opened 25 in-store pharmacies (mostly in Hypermarkets) and sold these to Clicks last year when it was clear it had neither the appetite nor focus to ensure that it actually competed in the space. The group hasn’t trialled much else simply because it is focused on a turnaround that labours along.

Boone’s first year or three at the helm of Pick n Pay are not going to be an easy ride. Much hinges on the big push with Boxer, but its core supermarket business remains middling and Checkers (and Woolworths) will continue to take market share.

Shoprite is unlikely to sit back and let Boxer gobble up sales. Expect some response from Shoprite and U-Save.