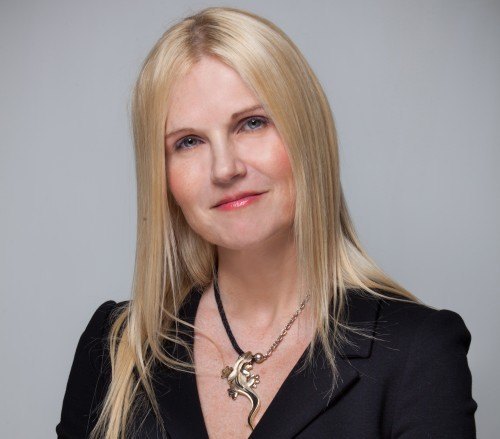 Magda Wierzycka. Assets under management have grown by R141bn to more than R278bn since Sygnia listed in 2015. Image: Supplied

In what amounts to a swansong for Sygnia founder and outgoing joint-CEO Magda Wierzycka, the Cape Town based asset management house delivered impressive growth for the half-year to end March.

The group credited the rise in the value of its assets under management and administration, as well as “positive net inflows”, for its success.

The period under review coincided with a surge in local and global stock markets.

“Over twelve months, the FTSE/JSE All Share and All Bond indices were up 54% and 17% respectively, and the rand was 17.3% stronger against the US dollar.”

The group notes that these numbers reflect a sharp turnaround from where the country and the world was a year ago.

“A few days before the end of Sygnia’s previous financial half-year, Moody’s downgraded South Africa’s sovereign credit rating to sub-investment grade just as the country entered its first lockdown. Stock markets around the world plummeted in response to the anticipated impact of Covid-19 on global economies.

“The unfolding pandemic saw governments worldwide locking down their borders and, consequently, their economies.”

Sygnia’s latest numbers mark the end of Wierzycka’s reign at the asset management company she co-founded 15 years ago.

Read: Magda Wierzycka to step down as Sygnia CEO

At the time, she and Sygnia were pioneers when it came to implementing a passive/low-cost investment strategy, which has since grown in popularity.

This can be seen in the group having only R4.7 billion assets under management by the end of its first year in 2007. This figure ballooned to R136.6 billion by the time it listed in 2015. In the six years since then, this number has grown by over R141 billion to R278.3 billion.

A large part of this success was getting institutions to buy into its business model. This can be seen in institutional assets under management amounting to R232.6 billion at March 31, 2021, compared to R214.6 billion at the end of September 30, 2020.

Though institutional assets under management showed an increase in value, it was not plain sailing.

“The latter is attributed mainly to lower contributions and higher benefit payments across distressed retirement fund sponsoring employers as a result of the Covid-19 pandemic.”

Wierzycka’s last day on the job was June 1.

Dave Hufton, her fellow joint-CEO, is now solely in charge.

Thank you and good luck.

She was a brilliant and dynamic CEO that was not afraid to stand for Justice and for the betterment of South Africans and South Africa.

She is a positive and shining example for all South Africans to follow. May God bless her journey and may She always add value to South Africa. We appreciate you!

I would not be surprised if Magda and family quietly leave this cesspool of a country and go live elsewhere.
If i had her money i would be long gone

Jeff Bezos style big up to her.

I thought that it was obvious that she is

Even the liberals realise after a while that there is no use talking to a government of ridiculously stupid narcissists that are hellbent on destroying and entire country and the lives of millions of people for their own vanity.

Any educated person who can get out and is still in South Africa should be asking themselves where they really think the country will be in a decade or two’s time.

Ok now guys, well done Magda, I do not want to take away her achievements.

But is this the right platform for achievers or business news?

You seem very confused, are you sure you are on the right website?

Maybe we shouldn’t read too much into this as, most ”mom and pop shops” in the market also benefited from this ”post-Covid 19”, dead cat bounce?

Well done and best of luck Magda – just make like ”Donald and Duck”!

”The period under review coincided with a surge in local and global stock markets. Over twelve months, the FTSE/JSE All Share and All Bond indices were up 54% and 17% respectively, and the rand was 17.3% stronger against the US dollar.”