Wiese to retire next year

Shoprite chair to leave after shareholders put pressure on him to go.
By Larry Claasen 15 Nov 2019  18:21 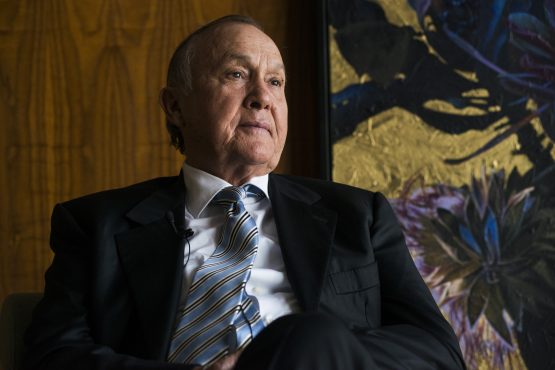 More than 61% of shareholders voted against Christo Wiese at the AGM: Photographer: Waldo Swiegers/Bloomberg

This move follows concerted shareholder pressure on Wiese to stand down as chairperson, a position he has held since 1991, at the latest AGM on November 4.

At that meeting Wiese used his shares, which have extra voting rights, to continue his stint as chairperson, despite shareholders who held more than 61% of the shares opposing his reappointment.

Shareholders called for a chairperson who is completely independent. Wiese’s shareholding is a source of contention as it means he has the power to push through changes that personally suit him, even if not necessarily in the best interest of the other shareholders.

Shoprite tried to sort out this issue by offering to buy Wiese’s holding for R3.3 billion, but shareholders bulked at the fee.

Zinn was only appointed to the board in August 2018 and had been the lead independent director for six months.

Aside from the announcement that Wiese will retire next year, Shoprite also said Dr Anna Mokgokong will take over as lead independent director.

Shoprite says it’s now looking to “commence a formal process to recompose the board, identifying and supplementing the existing board with additional expertise and skills”.

“As was noted at the group’s recent AGM, succession planning is a key priority for the board.”

The retailer went on to say that the move to sort out its succession plan was not only supported by Wiese but also backed the notion that this person should be an independent director.

“The board is of the view that, in line with good corporate governance, the next group chairperson should be independent, a view supported by Dr Wiese. As such the process to find a suitable independent successor has commenced.”

Is this a case of overstaying one’s welcome? I think, as much as he has achieved, Wiese should rather have exited gracefully sometime back. It’s like the world champion heavy weight boxer who does not understand how to time his exit from the sport before things turn.

I wonder if he has done a deal selling his voting rights for zillions.
Time will tell – – – but for now, I am satisfied this is a good decision – for him, his family (particularly his son) and the company.

Don’t understand…. His suitcases would be worthless for his retirement.
I mean where would he beable to hide those suit cases while on retirement at the special estate…. That one Just to the east of the steenberg golf estate……

Smacks a little like a “quid pro quo” with the PIC perhaps? My resignation and placement of your choice as chairman in return for what I want and need?
Call me paranoid but Weise’s behavior and that of his companies haven’t instilled confidence and trust.
Since the money in the suitcase saga, I’ve stayed well away from any shares under his direction. A decision that appeared to be the correct one!
Just my opinion for what it’s worth!

Dr.Wiese started the largest food retail company in the whole off Africa. He knew what he was doing and he still knows what he is doing. Now the Shoprite shares are dropping. Other shares are also lower. Now is the time to buy?

Agree Chris that what he achieved was impressive. BUT, if he knew / knows what he is doing, why the dumb act when looking back at how the Steinhoff saga went? I mean, from his own mouth, he was the victim there.

and Pablo Escobar built an empire 10 times the size, until he was uprooted and couldn’t make money illicitly anymore…

“ Shoprite tried to sort out this issue by offering to buy Wiese’s holding for R3.3 billion, but shareholders bulked at the fee“

That scheme was entirely insane. Those shares have zero value other than the votes. No dividend, no liquidation proceeds. It exists only to allow Wiese extra say without him having invested the extra capital that normally attaches to having extra votes. Furthermore, the votes have value only as a threat by Wiese to vote in his own interest rather than in the company interest. If people want to take their companies public they need to live with losing say.

Shoprite should cancel the shares for R1.