Although there has been a rebound in demand, the future remains uncertain for the domestic airlines.
By Thando Maeko 24 Dec 2020  11:25 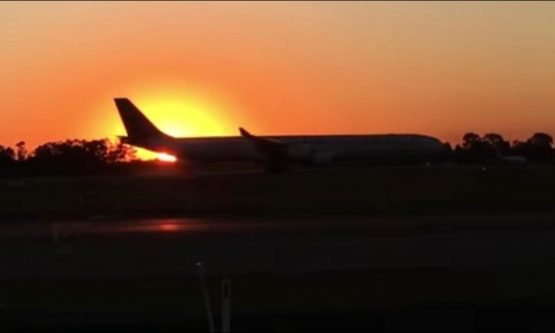 In March this year, the domestic airline industry found itself staring into the abyss. The global lockdowns imposed by governments as a response to the pandemic saw airline’s scrambling for money as travellers cancelled their flights and countries closed their borders.

Within weeks air travel began to plummet and airline’s such as South African Airways(SAA), SA Express and Comair had their fleets grounded as revenue streams were left paralysed by the drastic drop in demand.

Although the industry has begun to experience some green shoots in the form of a slight rebound in domestic demand, the prospect of a full recovery within the next 12 months are grim as South Africa, similarly to other countries grapples with a second wave of the pandemic.

Health Minister, Zweli Mkhize warned of new restrictions on Wednesday as 14 046 new Covid-19 were recorded over a 24-hour period.

If imposed, new restrictions could eat into the revenue of airlines. However, aviation expert and editor of SA Flyer Magazine, Guy Leitch says low cost airlines such as FlySaFair, Kulula, Mango and newcomer, Lift which have a strong domestic focus are more likely to be able to weather the storm of the resurgence of the pandemic locally and internationally despite restrictions.

The country’s skies are slightly different compared to what they were eight months ago when the wheels of commerce ground to a halt. Comair, which operates British Airways and Kulula locally resumed operations at the beginning of December following a business rescue process.

Comair’s chief executive, Glenn Orsmond told Moneyweb that eight months of being grounded allowed the airline to restructure its costs, allowing it to be adaptive to the “new normal” of flying. Comair will be de-listed from the JSE and a new board constituted. Orsmond says the airline also has plans to expand its operations regionally and internationally in 2021.

Read: Comair to delist from JSE as business rescue is plan adopted

Unlike other domestic airlines, FlySafair entered the pandemic in a strong position. The airline’s chief marketing officer, Kirby Gordon says the airline managed to make arrangements with many of its creditors and staff, ensuring that that cashflow was managed through the challenging period.

The airline was able to resume operations on June 15 when lockdown restrictions were eased and by the beginning of November demand had improved, allowing for the airline to return to 100 of its capacity, Gordon says.

The success of FlySafair through the pandemic so far has been however marred by the resurgence of the coronavirus within our shores, resulting in the government imposing a renewed curfew. Earlier this month, the airline unexpectedly cancelled some of its flights as a result of the new curfew times

SAA and SA Express entered the pandemic in financial distress and have however been unable to recover from the devastation of the Covid-19. A year later, the national carrier is still undergoing a business rescue process and its employees have not received their salaries since March.

Similarly, SA Express employees and creditors have not been paid since the airline was grounded and entered in provisional liquidation. Although the airline was able to secure a buyer in October in the form of worker-owned entity, FlySAX the transaction has been a dire tailspin for the past two months as the shareholding agreement between the airline’s provisional liquidators and the public enterprises department has not been completed.

What next for the airline industry which has experienced its worst year yet?

According to the International Air Transport Association (IATA), total industry revenues in 2021 are expected to be down 46% compared to the 2019 figure of $838 billion. IATA also expects this year’s full year traffic volumes to be down 66% compared to 2019, with December demand down 68%.

It’s a challenging time for airlines, says transport economist and researcher at the North-West University, Ofentse Mokwena and airlines are trying to ensure that they have a secure stream of revenue.

Airline’s have already implemented strict Covid-19 protocols for passengers such as requiring passengers to wear masks throughout flights and temperature checks. To ensure that they remain competitive and attractive, airlines might also compete on prices and lower their price offerings to potential customers, he says.

Additionally, airlines might ramp up their marketing and advertising to attract passengers. Everyone has to adhere to safety protocols but airlines will aim to differentiate themselves from competitors through “branding, communication and design,” he says.