Without mobile, here’s how much trouble Telkom would be in 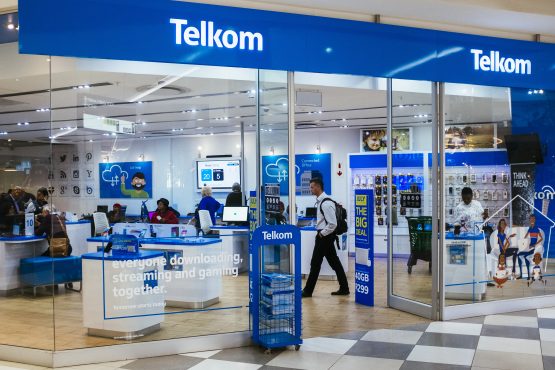 There have been some smart moves from Telkom. The group doesn’t see its mast and tower portfolio as passive, and has seen revenue from this source jump 35% in the past year to R930m. Photographer: Waldo Swiegers/Bloomberg

Analysts have long criticised Telkom since its entry into the mobile market in October 2010, which hasn’t come cheap.

In the six years since Telkom’s mobile business launched (originally under the 8ta brand), it racked up a total of R7 billion in earnings before interest, tax, depreciation and amortisation (Ebitda) losses.

The first few years were indeed rocky. In FY2011, when it launched, then-CEO Pinky Moholi was adamant that, while “pushed out” from the original business case, Ebitda break-even would be in FY2014. It took three years longer.

However, in the past three financial years, it has generated positive Ebitda of approximately R5 billion. By the end of this financial year (March 2020), the unit will have clawed back all of the historical losses. Turning a profit, though, is only one piece of the equation.

Read: Telkom is cleaning up in mobile

Telkom today is a very different business from a decade ago (even five years ago!):

Just how much trouble is clear from financial results for the past two years.

The consumer business (‘Telkom’ as we know it) reported an Ebitda loss of R146 million in the 2018 financial year. Revenue from the fixed-line unit was R9.3 billion then, with mobile at R7.2 billion. In the year to March 31, 2019, the bottom line had swung to an Ebitda profit of R1.03 billion. Mobile is now a significantly bigger business than fixed, with revenue of R10.9 billion versus R8.3 billion (it’s important to note that all enterprise business has been folded into BCX). A R1 billion revenue decline in the consumer fixed-line business is startling. While it didn’t disclose the mobile unit’s Ebitda profit in FY2019 (this writer estimates it at between R2.7 billion and R3 billion), it is all but certain this ensured the swing to profit.

Without mobile, Telkom’s consumer business would be deeply loss-making (some of this relates to the separation of Openserve in 2015 – it has higher margins than the customer-facing units, perhaps artificially so).

Mobile is a business in rude health. At the end of March, it had 9.68 million active customers, with nearly 1.9 million of those on post-paid. Blended average revenue per user is R99.90 a month.

Aside from the Ebitda losses, building out a mobile network has come at a real cost: over R14 billion in capital expenditure (capex) as at March 31, 2019. This equates to 25% of the group’s total capex (R57.2 billion) over the last nine financial years.

CEO Sipho Maseko has been smart, however. The group doesn’t see its mast and tower portfolio as passive. It is managing this, together with its property portfolio, in a separate business, Gyro. In the past year, mast and tower revenue is up 35% to R930 million, primarily from its nearly 1 400 multi-tenanted towers.

Without mobile, Telkom would, quite simply, be a declining business. More than all group revenue growth in recent years has come from mobile. In other words, mobile revenue growth has more than offset declines across the rest of the group.

Excluding eliminations, the changes in operating revenue in the past year look like this:

The group may well have bought BCX regardless of whether it entered mobile. But even with that additional turnover (over R9 billion, excluding enterprise fixed-line which has been shifted into BCX), group operating revenue would be lower today than it was in FY2011, were it not for mobile! The picture looks even worse on an Ebitda basis. Total Ebitda is up R2.1 billion since FY2011 (to R11.3 billion), but would be down approximately R1.6 billion over that same period were it not for mobile. Today, mobile is 26% of group revenue and estimated at slightly less as a percentage of group Ebitda. Soon these numbers will be closer to 33%.

No option, but it did have choices

Critics may argue that Telkom had no option but to build out a mobile business. But it did have choices: a potential merger with MTN was floated at one point (it’s hard to see whether the Independent Communications Authority of South Africa or competition authorities would’ve allowed it), and it has considered buying Cell C numerous times over the past decade and a bit. Given the debt load Cell C is labouring under, even after a recapitalisation, it is clear why management simply couldn’t make a Cell C transaction ‘work’. Telkom’s mobile business is in significantly better shape than Cell C.

Even with R14 billion and counting in capital expenditure, the decision by former CEO Reuben September (he left Telkom in July 2010) to sell the group’s Vodacom stake in 2008 and enter mobile on its own – which Moholi then implemented – has been more than vindicated.

September and Moholi made many other mistakes when they led Telkom, but they got the most important call right.

There’s a lot of customers that will no longer deal with Telkom
I have been black listed for a fictitious account that I never received
Check out hello Peter, it’s full of grumpy people that have been bullied and ripped off by them
Shocking!

On a positive note.. I’ve recently had dealings with Telkoms installation of fiber into our home and it was a pleasure doing business with them. The entire process was done remotely whilst I was overseas and completed in two days with the Tellom engineer giving a progress report in writing and telephonically every step of the way. Very impressive. Well done Telkom!

If you are a new customer they are capable of performing that short term element of the process. However once you are “in” then you have years of poor customer service to look forward to – just stand in a Customer Service queue in one of their stores and chat to the people around you!

Mac, my experience was the same as yours. Connection and install, no problem. Openserve guys were great. Wait until you get your first account. Holy smokes. After 2 years of struggling with the accounts I voted with my feet. The customer “service” centre in our city was the absolute pits. Multiple visits, hours in queues and the next month the same thing……I just gave up in the end. Anything that government has a finger in is chaos.

Try cancelling the service… Hotel California is no longer just a song.

Service is bad at Telkom…They should close their doors and privatise.

They are privatised, listed on the JSE.

Where have you been for the last 16 years?

My experience with Telekom has been horrid . The call centre is shocking , 30 minutes average waiting time. Different responses from different operators. Constant problems with Telekom email box access and functionality. Suggest users move to gmail much more user friendly. I tried to transfer my phone line and after 3 months of frustration was finally informed they couldn’t give me a new ADSL line. Plenty of competition is needed in this market sector.

There won’t be any competition on that ADSL market sector, dying tech, it competition is in fibre.

So this is actually a positive article, about how they’ve successfully moved a behemoth into mobile. Strange that you would pick a super negative headline to comment on the success of their mobile business (sure their fixed line business has declined, but isn’t this a world trend?)

Rating a firm but ignoring the income of one of their main products is meaningless, same as rating MacDonald’s without chicken burgers.

We regret to see you cancelling your account with Telkom. Please note of the following:

• It may take up to 2 months for the billing process to be completed after cancellation
• A 30 days’ notice period applies on all service cancellation
• Where applicable, refund amount will be reflected as a CREDIT on your final account
• Deposit will be offset against any outstanding amount
• After you have received your final account and if any credit amounts is due to you, then please contact Telkom Billing on 10210 to arrange your refund.
• (No refund or deposit repayment can take place until the final bill)

We value your business and trust that you will reconnect with us again in the near future.

So you pay 2 months fees after cancellation, and then have to call Telkom (we know what that entails) to arrange a refund…