Woolies to cut even more space as clothing turnaround drags on 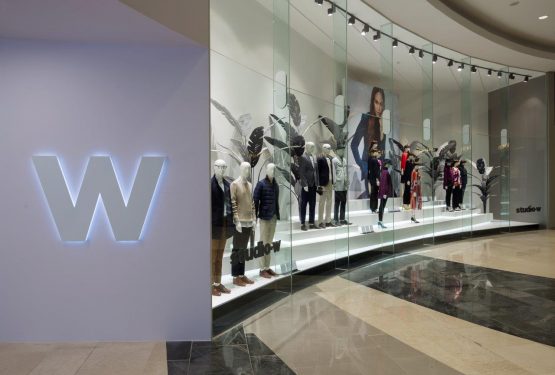 The group is doing more to ensure it has the right fashion in stock at the right price, and to improve availability of its core lines. Image: Supplied

By June next year, Woolworths will have cut nearly one fifth of the trading space occupied by its Fashion, Beauty and Home (FBH) stores in an effort to restore profitability.

It is highly likely that the cuts will be even more aggressive. In a footnote – for the first time – Woolies says “these projections are linked to contractual agreements and do not reflect negotiations to reduce space currently in flight”. In other words, these are the baked in, signed-and-sealed reductions already agreed with landlords.

Since CEO Roy Bagattini’s arrival, the group has been actively managing its trading space in microscopic detail to drive profitability per square metre. Even within stores, it has been reallocating space within the FBH category. Higher-margin Beauty, for instance, now occupies prime position in its larger stores, while it has mostly been expanding how much space it dedicates to homeware. In some stores where it hasn’t been able to reduce the overall space, it has expanded Food’s share of the store.

This means the retailer is actively giving back space to landlords and/or expanding food space in its full-service stores.

The 2023 projection is something of an anomaly as the group sees the number of FBH stores at 196 by June this year (from 199 at the end of 2021), which will rise to 198 in June 2023 before dropping to 195 the year thereafter. This seems to be down to timing, where it has likely committed to adding stores in specific locations within the next 12 months before the leases run out for stores it plans to close.

In the last year, it has cut what it describes as “unproductive space” by 6% which has resulted in trading densities – or sales per square metre – growing by more than 10%.

Tellingly, it will also reduce the space occupied by Country Road Group brands in South Africa.

This means even these Australian brands are underperforming relative to what Woolies demands from a turnover and profitability point of view. The group sees a 15% reduction between now and June 2023. The number of stores will drop from 84 now to 78 by next June, a reduction of 8%. Again, it is cutting space faster than the number of stores/concessions within its bigger Woolies stores.

In the six months to December 2021, FBH turnover (which includes the Country Road brands in SA) was up 4.2% year-on-year (6.1% higher if one “adjusts for clearance” sales).

Worryingly, sales growth in these categories slowed markedly in the last six weeks of the year, typically the peak period for retail.

(In reality, its sales in the last six weeks actually contracted when compared with 2020, which it says is down to the timing of its summer clearance.) It adds that the “slower trading momentum … was due, in part, to underperformance in selected Womenswear categories”.

What’s up with Womenswear?

Womenswear remains a problem area, despite the group’s years-long effort to fix this part of the business.

Speaking to investors last week, Bagattini addressed the question – “Why aren’t you making more progress in the turnaround of your Fashion business, particularly from a top-line perspective?” – head on.

He pointed to the challenges historically being in both strategy and execution. The retailer is “confident” in its refreshed strategy for FBH.

So far it has:

But it says it is not yet where it needs to be on the execution front. There is a renewed focus on buying to ensure it has the right fashion in stock at the right price. Also, it notes that availability must be improved, particularly in its core lines.

Bagattini remains bullish, asserting that “momentum will build from here”.

FBH turnover for last year was R12.9 billion. This will exceed R13 billion in the year to June. By 2024, it is targeting turnover of between R15 billion and R16 billion. That means it needs to achieve growth of between 7.5% and 11% next year (FY23) and the year thereafter (FY24).

That it is confident of achieving this “notwithstanding space reduction” illustrates just how bloated and unproductive so much of its FBH stores have become.

The group wants to ensure its gross profit margin exceeds 48% (which it was generating as recently as five years ago), from 45.5% currently, and that it can get its adjusted earnings before interest and taxes (Ebit) margin to above 12%, from 8.4% currently.

It maintains that there is “low-hanging fruit in FBH, with significant scope to improve the profitability of Fashion, whilst simultaneously growing profitable market share in Beauty and Home”.

Get this right, and it believes the market will reward the company appropriately (or, in its ‘jargonese’, it “represents significant delta in resetting the value of the group”).

Still, Woolworths admits that the food business will remain the “engine room” of “value creation” for the group.

Trading for the first eight weeks of the year looks promising, with turnover up 7.3% (when adjusting for the timing of clearance sales). Still, the earlier opening of schools did impact this growth.

Much is riding on the next 12 months.