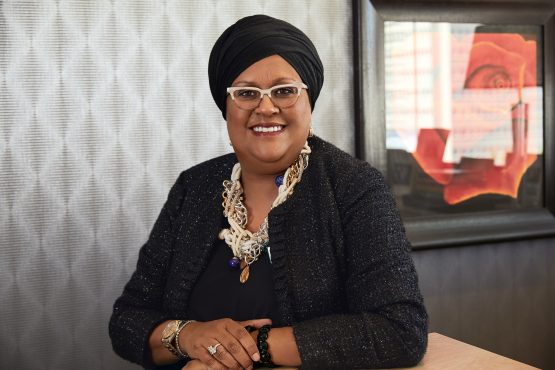 Zyda Rylands, CEO of Woolworths South Africa, is set to take early retirement from the post at the end of September, JSE-listed upmarket retailer Woolworths Holdings announced in a Sens statement on Monday.

However, the group’s board has managed to convince her to stay on until 2024, back as head of the top-performing Woolworths Food division in SA.

In somewhat of a surprising move, the group which has operations in South Africa and Australia, has also confirmed that it is set to do away with the CEO position for its much more profitable SA business.

“The board wishes to advise that due to personal circumstances, Ms Zyda Rylands, the chief executive officer of Woolworths South Africa [WSA] and an executive director of WHL, has decided to pursue early retirement and consequently will be stepping down from these broader roles with effect from September 30, 2021,” the group’s Sens statement notes.

Rylands is a long-time executive at Woolworths having held several senior roles. She is regarded as one of the key players in the impressive growth of the Woolworths Food business in South Africa, having been managing director of the division between 2010 and 2015, before being promoted to WSA CEO.

“The group has reviewed its leadership structure for WSA and will not retain the WSA CEO role as it seeks to streamline its operating model,” Woolworths says in its Sens statement.

“At the request of the board, Rylands has agreed to defer her planned early retirement and remain with the group through to 2024.

“For the remainder of her tenure, she will focus her energies and her passion on leading the WSA Foods business, which she has been instrumental in growing and positioning as an industry-leading, food retailer,” the group however points out.

“The board extends its appreciation to Rylands for deferring her early retirement and also, especially for her significant contribution to the WHL board in her capacity as an executive director since 2006 and as the WSA CEO over the past six years,” it adds.

Jeeezz guys moderated comments hard on this on