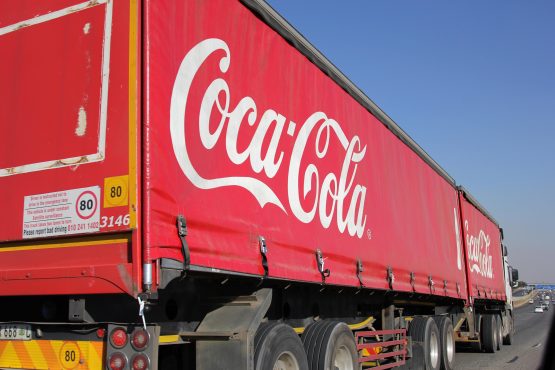 The company will also increase the volume of sugar it procures from black sugarcane farmers. Image: Moneyweb

The deal is part of the conditions of Coca-Cola’s 2016 merger with former partner SABMiller, now part of brewer Anheuser-Busch InBev. The Competition Tribunal on Thursday said the deal can go ahead subject to several conditions, including increased worker ownership in the beverage company as well as obligations relating to localisation and procurement.

Workers who participate in the scheme will also be able to nominate two non-executive directors to the board of Coca-Cola Fortune (CCF), the sole shareholder of CCBSA.

At a media briefing on Friday, CCBSA MD Velaphi Ratshefola declined to reveal the value of the scheme “because CCBSA is not listed”.

He did however say that the transaction, which is expected to come into effect in May, will be fully vendor-funded, meaning that workers will not be required to make any payments to purchase equity.

“From day one when we make profits on [a] quarterly basis, as dividends get declared, they [workers] will [get paid],” Ratshefola said.

CCBSA has also struck a deal with the Department of Trade, Industry and Competition (dtic) that includes an R80 million investment over three years towards towards localisation initiatives. CCBSA will also collaborate with its sugar suppliers in South Africa to increase the volume of sugar procured by CCBSA from black sugarcane farmers.

The move to increase procurement from black sugarcane farmers will see CCBSA and other industrial retailers and users of sugar procure at least 80% of their sugar needs from local sugar millers in 2021. This amount is expected to increase to 95% by 2023, according to Minister of Trade, Industry and Competition Ebrahim Patel.

The targets are in line with the Sugar Master Plan signed in November last year by farmers, retailers, workers and government, Patel said.

“The commitment from CCBSA to increase the level of worker ownership in the company, deepen the level of transformation in the sugar value chain and support the broader localisation drive in the economy, are important steps in our efforts to create a more inclusive economy in South Africa,” said Patel.

Read:
Coke is through worst quarter, says it gets better from here
SA manufacturing decline slows
Please consider contributing as little as R20 in appreciation of our quality independent financial journalism.
SUPPORT JOURNALISM

Lekker man. More reason for me not buy Coca-Cola products.

And some more shareholder value destruction to appease the masses.
For how long ?????

If similar schemes in Cape Winelands are anything to go by, it will flop due to unrealistic expectations – and – workers will strike as and when they wish because they now ‘own the shop’.

They will not own the shop as most of them will sell their shares the minute they are allowed to. It is all about money and not about having a share in the company. You cannot buy loyalty.

And following the “lobbying” of all “interested” parties the ensuring of competition can go hang, as usual. Another step toward corporate enslavement of all. And what a bargain.

Good move and news! The stake has been going to those with deep pockets and or politicians. Let the stake producers have a share of the stake as well.

Maybe! Hoever 5 years from now the newly acquired pseudo shareholders will flog all their shares and the company yet again not be BBBBBBBBBEEEEEEEEEEEEEEEEEEEEEE compliant!!! Long term nothing is to be gained by this initiative!!!

The Competition Tribunal is out of bounds on this one. They must ensure fair competition in the market, NOT BEE.

Will this end up the way Pepsi did in SA?

Lets hold thumbs it does

Now that Coke is conducting race based policies it makes it an organisation that I morally won’t support. Goodbye

My experience in the past with regards to these schemes, is that a large chunk of these schemes end up in the hands of few individuals in the name of executive management…

Does anyone know of a way to change your skin pigmentation to black? asking for friend…

Indeed..Steal an entire GDP, put nepotism and cader deployment at the top of your list, lie to the Zondo Commission, visit a sangoma to prepare a mix, change your name and then vote ANC

How does a vendor financed deal work when the recipients are paid out the dividends with no off-set? There would also be some complex tax implications – any gains on these shares are basically the same as the gains on share schemes for the executives and assorted hired help. Employment is a requirement, hence these are share options.

And on top of all that, you are paying Pravin Gordhan’s SUGAR TAX!