Worries and disappointments amid the eerie quiet of new year

Dismay for Brait and Hospitality Property Fund shareholders, and a renewed threat of derivative action against some Eastplats directors – but a strengthened source of non-southern African revenue for Spar Group.
By Ann Crotty 4 Jan 2021  00:01 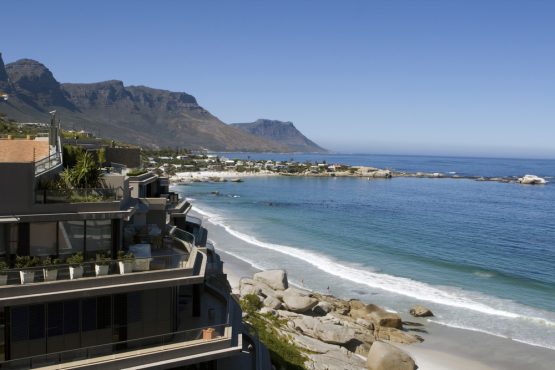 Great views, even if it is a case of look but don’t touch thanks to the Covid-induced beach ban, but billionaire Christo Wiese probably has other things on his mind. Image: Shutterstock

The year-end festive holiday is inclined to be a quiet time of the year for corporates; there’s generally little sign of any deals being contemplated or finalised. And while the year-end lull hasn’t stopped some major deals being announced in the past, this year it seems Covid and the accompanying lockdown has ensured things are eerily quiet.

Rather like Clifton’s four beaches on New Year’s Day.

While keeping clear of the beaches, it is likely that behind at least one firmly closed door there has been much activity. From his perch on the rocks of Clifton Fourth Beach, Christo Wiese, once South Africa’s richest man, must surely have been contemplating the latest grim news on the Brait front.

According to reports in the UK’s Financial Times last week, the UK arm of Virgin Active has warned of doubts over its ability to continue as a going concern after government lockdowns forced the closure of its gyms.

In accounts filed at Companies House in the UK, Virgin Active said its debt covenants would be breached unless it raised money.

It warned that continued lockdowns and reduced footfall to city centres were adding to pressure on the business. It was trying to raise additional funds and expected its parent company – that’s Brait – would come to the rescue.

According to the FT, Virgin Active said: “We are in discussions with all our stakeholders and with their support we look forward to getting back to business as usual across all our territories, enabling the business to benefit from global trends towards health and wellness which are accelerating as a result of the pandemic.”

In its end-September results, released in November, Brait revealed that Virgin Active continued to be its single most valuable investment accounting for 49% or R7.8 billion of total net asset value (NAV) of R16 billion. Unsurprisingly, NAV at end-September was considerably down on the end-March figure of R22.3 billion and around 50% of what it had been 12 months earlier in September 2019 before most of us had heard anything about Covid.

In November Brait told investors the R1.5 billion reduction in Virgin Active’s carrying value since end-March was due to a variety of factors including lockdowns in the UK and SA. The UK accounts for 23% of Virgin Active’s revenue, which is a little less than Italy’s 27% contribution and significantly below SA’s revenue contribution of 36%. Asia-Pacific makes up the remaining 15%.

The latest news is hardly a body-blow but will be a disappointment for Brait shareholders who had forked out £16 million (around R320 million) just seven months ago to tide over the cash-strapped UK business. And it’s probably enough to help ensure the share price doesn’t move far beyond the R2.40 low it reached last August.

Reports of the filing of the ‘going concern’ issue knocked the share price from a recent high of R3.84 back to R3.73.

Talking of disappointments, shareholders of Hospitality Property Fund won’t have taken too much comfort from Tsogo Sun’s decision to extend the closing of its general offer from January 15 to January 29.

Tsogo’s proposal will see yet another share disappear from the JSE through a process that looks remarkably unfair to minority shareholders.

It seems the regulators are not interested in protecting the interests of minority shareholders at the crucial exit stage?

On the matter of minority shareholders, Spar Group is set to hand over another €44.1 million (around R785 million) to buy out the remaining 10% of Ireland-based BWG Group that it doesn’t already own.

The group’s 2020 annual report, released on December 23, provides further details of this final payment for an acquisition that was initiated in 2014 at a significantly lower overall valuation. The Irish deal, and two subsequent ones – Switzerland and Poland – have given Spar a major source of non-southern African revenue.

The group’s more cautious approach to international acquisitions has helped it avoid the value and reputation-destroying catastrophes suffered by other ambitious South African companies, but it comes with a heavy debt burden.

Eastern Platinum shareholder Xiaoling Ren certainly doesn’t give up easily. Having been thwarted by both the British Columbian Supreme Court and Appeal Court in her bid to commence a derivative action against some of the Eastplats directors, Ren has once again approached the Supreme Court for leave to commence the action.

Perhaps like so many of us, she’s hoping 2021 will bring improved fortunes.

Ann – a pleasure to read some quality stuff

I think it is high time the JSE took into account the minority shareholders. I think there should be additional requirements if a company is being bought out at less than book value. Maybe a majority of shareholders by number not by number of shares should be required to approve the deal?

I’m not sure that would help if the takeout price is the issue. My suggestion would be for the JSE to appoint an independent valuator, rather than allowing companies to obtain so-called fair-and-reasonable reports from their own appointees, who are independent in name only.

Ms Crotty could have explained what she means by the unfairness of the process re HPB. Has this article been truncated ?

Another case in point is Mazor, where >49% of the shares eligible to vote on the delisting resolution appear to be in the hands of a private equity firm, of which Mazor’s “Independent Non-Executive Chairman” was CEO not so long ago.

Just stay at home. Go out if you have to. And wear a mask if you do go out. What’s wrong with taking a financial hit. Its covid. Unless you all are broke hahahahahahahhahahahaha