Zeder AGM a show of arrogance

It was like a bizarre sitcom – with attendees insulted, patronised and left hanging.
By Ann Crotty 20 Jul 2020  00:02 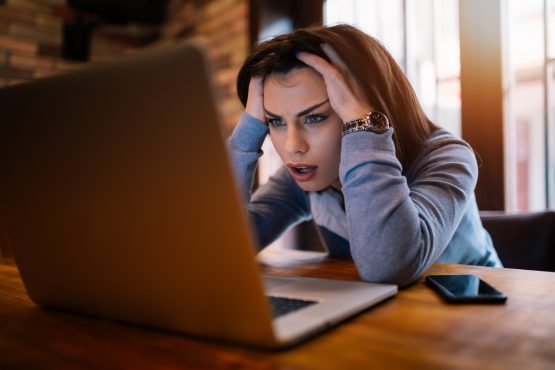 Shareholders, many of whom were only able to access the brief meeting halfway through, were left perplexed and frustrated. Image: Shutterstock

In a shocking display of shoddy corporate governance, the board of Zeder Investments took 27 minutes to demonstrate why fully-virtual AGMs should be prohibited as soon as the Covid-19 lockdown is safely lifted.

Not only did the company incorrectly inform a number of shareholders they could not participate, the technology provided for attending was so inadequate that several shareholders reported that they were unable to access the meeting until halfway through.

One lucky shareholder who did manage to attend all 27 minutes said there wasn’t enough time for shareholders attending the meeting to vote on resolutions.

But the most significant complaint related to how the board dealt with questions.

“Badly,” said CEO of Opportune Investments Chris Logan, who described the directors as “arrogant beyond belief”.

Shareholder Albie Cilliers told Moneyweb: “Questions submitted by shareholders were not read out.”

Cilliers, a shareholder of long-standing who is currently embroiled in a legal battle with the Zeder board, himself was only assured access after he threatened to injunct the meeting.

Executive committee member Johan Holtzhausen warned shareholders early on that the questions would be “moderated” and those deemed “not that appropriate” would not be aired. He proceeded to present a series of moderated and largely anodyne questions to CEO Norman Celliers, who responded with equally anodyne answers.

As for 42%-held Kaap Agri, whose share price has been on a five-year downward trajectory and which has invested heavily in low-return fuel stations, Celliers told shareholders the board is “happy with Kaap Agri to date”.

The surge in the Quantum Foods share price to a high of R9.90 just weeks after Zeder sold its 31% stake to Sovereign Foods for R5 a share, was due to a bidding war, Holtzhausen explained to shareholders. As he saw it, the surge in the share price – to around its net asset value – was a “market-related matter” and was also affected by the limited liquidity of the share … the unstated suggestion being that shareholders should not for one minute suspect that Zeder had not been strategic in the bargain-basement sale of one of its larger assets.

As for any suggestion that some of the long-serving ‘independent’ directors were not in fact independent, Holtzhausen, who moderated the questions, appeared to answer this to his own satisfaction.

He reminded shareholders that the King IV code reference to a nine-year limit for ‘independence’ is only a ‘recommendation’. “If the board is of the opinion a director can apply his mind independently and still make a contribution, that is sometimes more important than just looking coldly at the number of years.”

On the issue of executive remuneration Holtzhausen decided it was time to draw in the very long-serving ‘independent’ chair Chris Otto to reveal whether or not he was “happy” with the remuneration structure.

“Yes I’m happy, whether management is happy I’m not sure,” said Otto, who was rendered almost inaudible by hounds howling in the background.

At this point Zeder’s rather bizarre AGM performance came to a sudden halt – “Good luck to management, thanks for attending, goodbye,” said Otto as he unplugged the meeting.

Evidently no one at Zeder had come across Section 63(2) of the Companies Act. It requires that the electronic communication employed during a virtual shareholder meeting should enable “all persons participating in that meeting to communicate concurrently with each other without an intermediary, and to participate reasonably effectively in the meeting”.

Shareholders who complained about the conduct of the meeting told Moneyweb they had submitted their questions to the board ahead of the meeting. This meant the board did have notice and was not faced with spontaneous questions raised at the meeting as happens at a traditional AGM.

However, 93 minutes later at the PSG AGM, Piet Mouton (CEO of PSG Group, which holds 44% of Zeder), made reference to the unhappiness about the Zeder meeting. “The questions came too late, if you have questions please send them timeously,” he advised shareholders.

Read:
Aside from Capitec unbundling, what is PSG scheming?
Lives depend on reigniting SA’s economy – PSG Group

It wasn’t just shareholders Mouton advised at the AGM; he also advised the JSE to cut back on its red tape and the government to open up the economy.

“For a company busy trying to come up with a plan to reduce the value-destroying discount between its share price and the underlying net asset value, the ease with which it dispenses advice to third parties reflects a staggering lack of self-awareness,” said one irritated shareholder.

Pleased I am no longer a shareholder.

My advice to aggrieved shareholders – bring action to declare AGM null and Void – force a proper meeting. Your chances of success is 95% based on what I read here.

Reminds me of Koos Bekker refusing Theo Botha’s questions – – time for shareholders to take boards head-on – – – if not, expect the same, and more, for years to come.

The unacceptable arrogance of the Mouton clan and which is similarly practised by their executive cronies, is the reason I will not touch a share of any company they are remotely involved in. No thank you.

Where is the JSE when it’s listed companies behave like the bully in the school yard. Does it really make sense to invest in the JSE listed companies. The bourse is really running a wrecked ship.

There is a technical issue with these platforms that they do not include a normal Q&A capability – so it’s one way or dependant on the Chair to choose Q&A’s – this doesn’t normally happen at a normal AGM so IR needs to push for a Q&A capability to make it open and fair. Being more open and transparent has become even more important during COVID. @Ann – you’re welcome to join us on 21st October – where Chris will attend and ask plenty of questions no doubt 😉 – Frank (Distell IR)

Anyone holding Zeder shares should have a look at the history.
It is trading at a much lower price than the original issue price.( and has been before the recession)
I have been selling off my various PSG holdings and am moving my portfolios to Momentum securities.
The new PSGonline website is user unfriendly and unintelligible.
Share advice and daily insights from Momentum are great, from PSG non existent.
No reason to report their arrogance any longer.

Thus meaning = the article and comments are of exceptional, high standard, truthful quality!

Typical Boere Mafia – treating shareholders like the Nats treated SA when they were in power.
I used to have Psg as my portfolio broker , they kept putting up their brokerage fee until i said totsiens .

Most managers of listed entities have the mindset of ‘we want your money not your oversight’!