A fundamental breakthrough and unique opportunity for the auto sector in Africa – Alec Erwin.
By Roy Cokayne 21 Jun 2021  00:01 The Africa Continental Free Trade Area (AfCFTA) agreement, which was launched on January 1, is regarded as a catalyst to help Africa unlock the opportunities on its own continent, particularly in the automotive sector.

Wamkele Mene, secretary-general of the AfCFTA secretariat, says the launch of the agreement is probably the biggest single achievement by the continent since colonialism and stressed that it would take much longer to industrialise Africa without the AfCFTA.

“We have a very unique opportunity in Africa to, for the first time since the end of colonialism, accelerate industrial development, leveraging on the legal framework that the AfCFTA has provided,” he said during a webinar on the agreement and the auto sector.

Alec Erwin, former South African deputy minister of finance and minister of trade and industry and public enterprises, who is now a policy expert to the African Association of Automotive Manufacturers (AAAM), said the free trade agreement is a fundamental breakthrough and a unique opportunity for the automotive sector in Africa.

“It’s a real opportunity to industrialise in a key sector. In an economy like South Africa, an integrated auto sector contributes more than 7% to our GDP, so it’s a very significant industrial sector. In Morocco, you see the same. It is contributing 5%, 6% or 7% of Morocco’s GDP.

“We have proposed to the [AfCFTA] negotiators that it would be wise, if we want to fast-track the auto sector, to have a sub-agreement specifically dealing with the rules around auto, which have to be strict and detailed.

“This is an opportunity which we all think we should seize, also working closely with Afreximbank [African Export-Import Bank] and others, to introduce the support for financing strategies, both for asset finance and for infrastructure,” he said.

Read: Single market could be a game changer for Africa (or not)

Mike Whitfield, the president of AAAM and MD of Nissan Africa, said the AAAM was formed to expand and deepen the auto sector on the continent by working with various governments in Africa to help shape and implement policies and ecosystems that will attract investors and ultimately unlock the economic potential of the continent.

Whitfield said there is a lot of opportunity for the automotive sector in the vision and intention of the AfCFTA, considering that significant production volumes only really exist currently in two countries, South Africa and Morocco, with some production in Egypt.

“The opportunities for all of us are really significant, considering that 1.3% of global automotive production happens in Africa and yet Africa has 17% of the global population and 42 vehicles per 1 000 people in the African continent where the world average is 182 and Africa has a young, growing population that, with the rapid rise of urbanisation, needs mobility as well,” he said.

Erwin stressed that Africa cannot continue doing what it has been until now, which is to import all its vehicles.

“Even importing these very cheap subeconomic exports out of other economies, the balance of payments effect is still massive,” said Erwin.

It’s creating real pressure on our balance of payments in Africa and squeezing out other capital goods that we need for our industrialisation.”

He added that the proposals the AAAM is making in this trade and production system for Africa are also designed to take the pressure off Africa’s balance of payments.

Erwin said the rules of origin form the basic administration of the whole concept of developing African industrial capacity, meaning a free trade system that allows preferential access for member states provided they have attained a certain level of local production.

“That is very critical. If you don’t do that, you are just opening your African economy to the rest of the world, which will be destructive to industrialisation.”

He added that AAAM is also strongly recommending the need for a specific agreement to cover the special conditions for the auto sector that also address the concerns of the smaller economies that may not attract the assembly of automobiles but could attract other things and can definitely benefit from the other aspects of an automotive programme.

“It is critical that we do this in the context of the AfCFTA negotiations as fast as we can,” he said.

Read: Seven things to consider when transacting in Africa

Whitfield said the auto sector in Africa is sub-optimal and economically and environmentally ineffective, with vehicle fleets in Africa essentially built up from pre-owned vehicles from the EU, US and Japan.

He said these fleets comprise a very diverse and old fleet – with a wide variety of standards, which makes it difficult to build a supplier base and official distribution and aftermarket systems – and create challenges, including financing and very low vehicle sales volumes.

“In line with the AfCFTA, we need specific policy specific interventions that are created in Africa to position Africa’s automotive industry, not only from a free trade agreement perspective but also the automotive and value chain, because if we don’t do that we will remain sub-optimal.

The time is now

“With the foundation of the AfCFTA, the activities and the opportunities that the industry does bring, the timing could never be better. If we miss this opportunity, I don’t believe we will be able to do it later on,” said Whitfield.

Mene said the free trade agreement is important because Africa has, for the first time, now taken a massive step towards an integrated market, which will enable the continent to overcome the smallness of national economies, to achieve economies of scale and ensure that the countries in Africa have a much bigger market of 1.3 billion people with a combined GDP that by the year 2035 is set to be close to $7 trillion.

“We have for the first time harmonised rules for trade and investment on the African continent and this enables Africa to focus in a very serious way on industrial development, the establishment of regional value chains across the African continent, across countries, across regions and across sectors that will enable Africa to accelerate industrial development,” he said.

Markus Thill, vice president of AAAM and president of the Africa region for Robert Bosch, stressed the importance of volumes for component suppliers and the establishment of an African value chain that can be integrated into global value chains.

“We have got a lot of interest from the EU and from other continents to engage with us, and how can we actually in the end make the global value chain cheaper and more efficient?

“If we can get Africa into the global value chain with our neighbouring countries in the first instance and make sure it’s a win-win relationship for everyone, we have got a lot of interest from neighbouring continents to make that happen,” said Thill.

“As a global supplier industry, we have a very high interest to also look at new locations.”

Free Trade agreements only work when participating countries stick to the rules and you have measures in place to track and trace movement of money and goods.

Africa can’t do this as you have 55 corrupt regimes very reliant on theft and ‘accommodations’ to survive.

Also, there is very little true democracy in Africa. They all succeeded in the how to steal elections course.

This Free Trade agreement merely entrenches redundant technologies in Africa. No EV anytime soon and more opportunity for the sale of Fords combustion vehicles! Still it is good for SA Inc – platinum catalytic converters, Toyota’s hybrids , VW and Fords investment in SA are secured with this agreement! 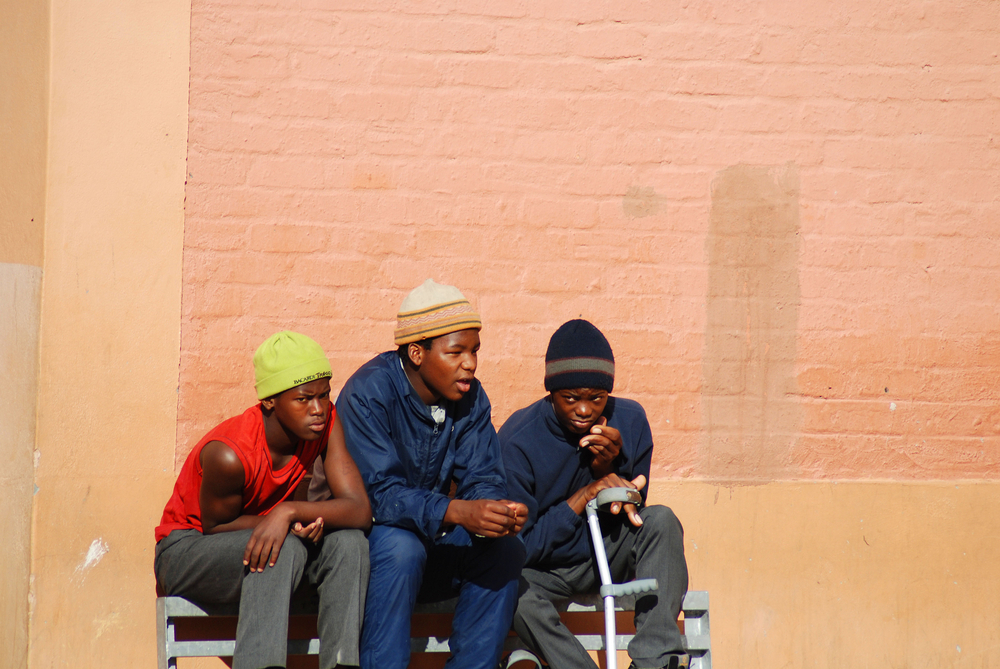