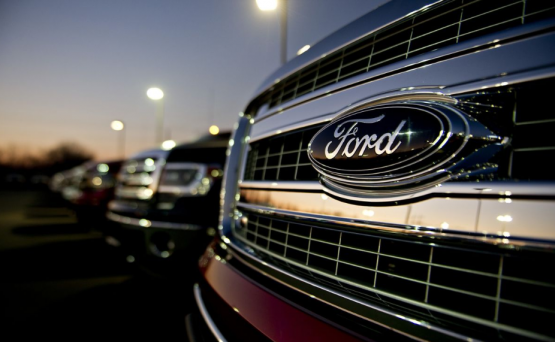 Ford says 12 of its suppliers and related services companies have made the commitment, while another 10 are showing ‘keen interest’. Image: Supplied

More than R4.3 billion is to be invested in the Tshwane Automotive Special Economic Zone (TASEZ) by 12 Ford suppliers and related services companies that have committed to establishing operations in the SEZ.

Ford’s executive director of government affairs for Africa, Dhiren Vanmali, confirmed this on Tuesday, adding that another 10 Ford suppliers and related services companies are showing keen interest in establishing operations in the SEZ.

“Accordingly, the team is already hard at work on the next phases of the project beyond the initial 81 hectare [ha] site,” he said.

Once completed, the TASEZ will span 204ha of land currently owned by the City of Tshwane.

National Association of Automotive Component and Allied Manufacturers (Naacam) executive director Renai Moothilal said on Tuesday he is aware of companies that have been investigating possible investments in the TASEZ but the full and final list of investors has not yet been released.

“We have been part of the initial discussion in scoping the zone and ensuring that it is suitable for the attraction of new and some of the existing suppliers to expand.

“So we are fully supportive of this and believe initiatives like this are crucial for achieving the objectives of the [automotive] masterplan,” he said.

Two major objectives of the South African Automotive Masterplan (SAAM) 2021-2035 are to increase vehicle production to 1.4 million vehicles a year by 2035, and to raise local content levels in SA-manufactured vehicles from an average of 40% to 60% by 2035.

The TASEZ was launched in November 2019 by President Cyril Ramaphosa, when it was announced that R3.5 billion will be invested by the government in developing the SEZ in Silverton in Pretoria next to Ford’s production plant and 6 700 direct jobs will be created in the first phase of the project.

The number of estimated jobs created in the first phase has been amended since the launch, with a statement issued on Tuesday stating: “The TASEZ is estimated to create over 8 700 jobs during the construction of the first phase of the project, with around 2 100 permanent jobs for operations.

“Thousands of additional jobs will be added as it evolves into a multi-faceted hub designed to bolster the manufacturing capacity and global competitiveness of the South African automotive industry, while contributing to job creation, skills development and the economic upliftment of local communities.”

The statement was issued following a visit to the TASEZ on Tuesday by Gauteng Premier David Makhura, Deputy Minister of Trade, Industry and Competition (dtic) Fikile Majola, City of Tshwane Administrator Mpho Nawa and dtic Director-General and Tshwane Automotive SEZ chairperson Lionel October to reaffirm the importance of this pioneering public-private partnership.

Makhura said it is the first SEZ where all three spheres of government are stakeholders, it will be the first automotive city in Africa, and it will be designed to include township areas that are far from the region’s economic activities.

“This is the first SEZ that will have 47% SMME [small, medium and micro enterprise] participation. These are real businesses and SMMEs from the local townships that will add real value in the construction of this project, and we need to allow them to graduate into the broader industry, including manufacturing and operations.

“The TASEZ also follows a new model for special economic zones in South Africa, as it is the first SEZ in the country to have numerous investors already lined up, so the facilities are being built to specification for these companies that are already enlisted, and are ready to move in as soon as the construction is completed.

“This province shall never be the same again. I believe that we will go far with this SEZ by working with the dtic, the Gauteng Province, City of Tshwane and the Ford Motor Company,” he said.

A key milestone in the formation of the TASEZ was the establishment of a board in March. It is chaired by the dtic’s Lionel October.

The board comprises representatives from all three spheres of government and two senior executives from FMCSA: Vice President of Operations Ockert Berry and Vanmali.

Berry said the formal establishment of the board was instrumental in strategically driving the project forward in conjunction with all three spheres of government, adding that Ford is directly involved by bringing in several of its automotive component suppliers that have committed to establishing operations within the TASEZ to support Ford’s local vehicle production.

“The unexpected Covid-19 lockdown unfortunately delayed the project by several months, and also impacted the disbursement of the initial funds for clearing the site and the commencement of the bulk infrastructure implementation.

“However, extensive design work was done in the interim and the construction teams were on-site from the beginning of August, with significant earthworks already completed over the past month,” he said.

More than 95 000m2 of the main site adjacent to Ford’s Silverton Assembly Plant had been cleared by the end of August, with more than 10 500m3 of top soil hauled or stockpiled for construction.

Berry said the TASEZ board developed a comprehensive recovery plan with all key stakeholders to ensure the project meets the targeted deadlines for the bulk infrastructure to be completed and the top structures to be built.

“We are confident that most of our suppliers will be able to take occupation of their facilities as planned during the first half of 2021 thanks to the commitment of the appointed contractors,” he said.

FMCSA MD Neale Hill said at the TASEZ launch in November 2019 that having their suppliers located adjacent to the Silverton assembly plant was a crucial step towards Ford increasing the efficiency of its local operations and unleashing further potential increases in production capacity for the domestic and export markets.

Hill said their vision is to double production at the Silverton plant as part of a journey to become the largest Ford Ranger manufacturing facility in the world.

The impact of the Covid-19 lockdown on new vehicle demand has most likely resulted in a reduction in these production numbers and targets.

Are they gonna invest in a generator also?

We need more of these investments and projects. More good news please.

As for Eskom and “Generators”, it can be fixed and we might all be surprised positively in future.

This is one thing SA does not need. The motor “industry” already gobbles the lions share of subsidy money from the taxpayer just to keep a small number of union members employed and make our vehicles cost more than elsewhere.

SA is still in kindergarten, in fact it has gone backwards, as far as efficient industrial expertise is concerned. At best, SA should be a service centre for vehicles sold into Africa; nothing more.

At least something positive. Now we need another 1000 similar projects!

Only problem: Eskom can’t supply so who’s going to keep the lights on for these projects?

Good news. Forget Eskom, renewable energy is the future. They should therefore invest for the future.