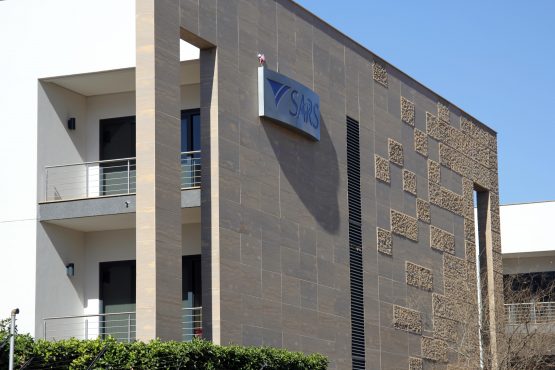 There is no Covid-19 tax relief for large business, despite the essential role it plays in providing employment and contributing to the fiscus. Image: Moneyweb

The Covid-19 pandemic, the largest economic disruptor since the 2008 global financial crisis, has pushed many households and businesses into a liquidity crisis, including large business.

It is essential that government strives to assist the largest contributors to the economy.

If large business is left to flounder, and the vulnerable to close up shop, the impact on the economy will be devastating. As reflected in the Statistics SA chart below, the South African economy was in dire straits before Covid-19 started colonising the world. Many large businesses are suffering severe liquidity constraints and are struggling to meet their Vat, PAYE, excise duty and provisional tax commitments. The 21-day lockdown brought exports and imports to a halt and manufacturing operations have ceased, with a loss on sales of non-essential goods. But all businesses are still liable for the fixed costs of doing business.

There is no Covid-19 tax relief for large business, despite the essential role they play in providing employment and contributing to the fiscus.

The Tax Administration Act (TAA) provides for various remedies that are applicable only once there is an amount outstanding. These include an instalment payment agreement with the South African Revenue Service (Sars) and the remission of late payment penalties on the grounds of an “exceptional circumstance”. A taxpayer in financial stress may enter into a compromise with Sars, in terms of which the taxpayer will pay an agreed amount and Sars will write off the rest.

If the taxpayer is unable to pay its debt, and Sars deems it uneconomical to pursue the debt, or the taxpayer is subject to business rescue proceedings, a senior tax official may temporarily write off the debt. But the debt remains owing.

Applying for an instalment payment agreement with Sars

An instalment sale agreement may cover Vat, PAYE or a corporate tax payment.

So what is the catch?

On application, Sars will have to “consider” the matter, and will request certain information (not standardised) from the taxpayer, such as the latest financial statements, six months of bank statements, management accounts and cash flow projections for the year.

How long will it take for Sars to consider the matter? Does Sars have the resources to properly consider all the applications? Are we expecting too much of a Sars official to take a look at current market conditions and understand that there are liquidity problems?

Patricia Williams, a partner at Bowmans, says Sars’s stance throughout the Covid-19 pandemic has been disappointing: “While other countries’ revenue authorities provide relief, such as general extensions for submission of various returns, and general relief from penalties, Sars appears to have taken a very hard line.”

No general ruling regarding “exceptional circumstances”

Williams says various registered controlling bodies (of tax practitioners) have approached Sars to request a binding general ruling that the current situation qualifies as an “exceptional circumstance” that justifies remission of the normal late payment penalties.

This will simplify the process of applying for the remission of late payment penalties, and will make it easier for less sophisticated taxpayers to know their rights.

Sars has so far refused to issue a binding general ruling.

Williams refers to Section 195 of the Constitution, which states that Sars is mandated to promote the effective, efficient and economic use of resources, and to respond to taxpayer needs, and concludes: “In the circumstances, Sars’s unwillingness to issue the relevant general ruling appears to be in sharp contrast to Sars’s constitutional duties.”

No extension for submission of returns

Yet Sars has firmly maintained its stance of no extension for the submission of tax returns.

Nor have extensions been granted of the period within which a taxpayer must respond to a Sars “letter of findings” at the end of an audit, nor for a Sars request for relevant material.

Williams is perturbed that in the event that Sars turns down a taxpayer’s suspension application, no extra time is given to the taxpayer to take any necessary further legal steps, such as taking Sars’s decision on review.

Will a proactive approach work?

Elle-Sarah Rossato, tax controversy and dispute resolution lead at PwC, is of the view that a taxpayer should be transparent in dealing with Sars and maintain a spirit of cooperation. A taxpayer should be proactive and reach out to Sars before it has reached a cash crisis.

Before contacting Sars, the taxpayer should (if possible) have on hand its cash flow projections, current bank statements, total tax contributions to date (for example, through income tax, Vat, PAYE, UIF, and customs and excise), the number of employees, and its role in the economy, in order to either draft a note to Sars or commence a proactive discussion with Sars.

Sars is obliged to act fairly and reasonably

PwC partner and director of tax technical and policy Kyle Mandy notes: “Sars is obliged to act fairly and reasonably in applying the provisions relating to deferral of payment in sections 167 and 168 of the TAA and remitting penalties (in terms of section 218) and interest (in terms of section 187(6)).

The natural disaster stemming from Covid-19 is clearly an exceptional circumstance as contemplated in the TAA and Sars would be obliged to take this into account in applying these provisions.

To the extent that Sars does not do so, a taxpayer would have the right to have such decision reviewed or to object and appeal against such decision as appropriate.”

Though our future is uncertain, the Covid-19 pandemic will pass. But if Sars makes bad economic decisions in offering tax relief, and treats taxpayers as guilty until proven innocent, this will not pass.

In a perfect world we would have had the best tax administration act. However, the discretionary powers that sometimes semi-qualified individuals (and many times not even qualified) in SARS have use, leaves the impression that SARS will only assist those they deem worthy of assisting. And if a tax practitioner cries foul he/she gets the worst humiliating treatment available sometimes even threatened with criminal action. Worst part is that the criminality within SARS is still very evident and I personally still see individuals owing SARS in excess of R12m still roaming free with no glimmer of evidence that they will be called to book. I even know of an advocate that owed SARS millions a few years ago and he managed to get his old VAT number cancelled and got re-issued a new one.

Love your articles! Despite the “building South Africa together” PR campaigns, one can’t help questioning the Team Player intent. Does SARS see big business as crook, enemy, or backbone of the economy? Does SARS have the expertise / manpower to analyze the copious amount of documents demanded? Is all the red tape due to vindictiveness or stupidity?

They set out to weaken Mr Wright – then they discovered that Mr Wright is the only one that actually pays the bills….

People keep asking the government to step in. Our government is more bankrupt than the businesses they are supposed to save.

I don’t agree with your statement that “There is no Covid-19 tax relief for large business, despite the essential role they play in providing employment and contributing to the fiscus.” On ETI there is an increase in the maximum amount of ETI claimable during this four month period for employees eligible under the current ETI Act from R1 000 to R1 500 in the first qualifying twelve months and from R500 to R1 000 in the second qualifying twelve months. Additionally, certain “essential goods” as defined in the lockdown regulations will be subject to a VAT exemption and a full rebate of customs duties on importation during the COVID-19 pandemic.

2. The Disaster Management Tax Relief Administration Bill limits “qualifying taxpayer” in the Definitions under paragraph “1(b) that has a gross income of R50 million or less during the year of assessment ending on or after 1 April 2020 but before 1 April 2021”.

No, the preamble merely provides the background to the law but the actual provisions will regulate the matter. For example, the preamble of the Constitution of 1996 starts with:” We, the people of South Africa, recognise the injustices of our past, honour those who suffered for justice and freedom in our land etc…” Yet the Constitution affords the same rights to all people regardless of their race. Secondly, you are correct that tax compliant businesses with a turnover of less than R50 million will be allowed to “…delay 20% of their pay-as-you-earn liabilities over the next four months etc” and only small bsuiness qualify for this However, as I have stated above, there are still benefits for larger corporations e.g. on ETI and certain “essential goods” imported during the COVID-19 pandemic.

To prevent mass lay-offs and liquidations:

It does not make sense to prevent people from working during the lockdown and then expect them and businesses to keep on paying debts and obligations.

That means no lay-offs and no salaries, rates and taxes, debts and accounts across the whole economy are paid. Employees receive no salaries but they have no expenses other than food. The State can provide R1 000 a month to the poor, for food.

We are already on the way there with the big retailers refusing to pay rent, which is unfair to the landlords, unless the landlords have no obligations to pay.

U mean it just gets past onto the tax payer.