Big themes for the year ahead 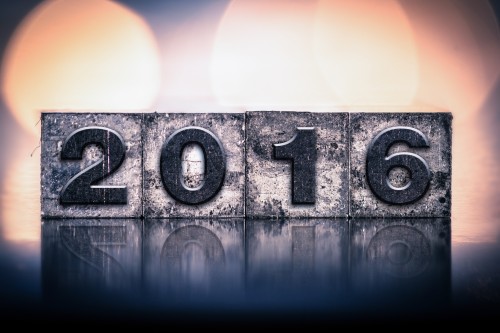 It’s been a tough year. China’s economy has been the subject of considerable scrutiny as economic growth has waned and its demand for commodities appears to have fallen off a cliff. Within the context of a changing economic environment, South Africa’s major banks explored key themes in 2016 that will shape the commodities market.

The industrialization and urbanisation of China to a large extent explained the run-up in commodity prices over the last fifteen years. According to Ettiene Van Wyk, head of commodities at Rand Merchant Bank, China consumed more than 50% of world production by the end of the fifteen-year period (2015), compared to the beginning of the cycle where it accounted for just more than 10%. “China is an immensely important expanding factor when it comes to the demand of bulk commodities,” said Van Wyk.

Everything ranging from oil, to metals such as iron ore and copper, has seen their prices extinguished as a result of oversupply and slow demand. Analysts predict that the glut will continue into the New Year if excess supply does not decrease.

“We need to see a demand side recovery. On the supply side, we have seen very little significant production cuts. We’ve seen some cuts in copper and very few shut downs in iron ore,” said Hanre Rossouw, portfolio manager at Investec Asset Management.

Crude oil has dropped below $40/barrel for the first time since 2009. Persistent dollar strength could mean more trouble for commodities and oil will not be spared. On December 16th, the commodity lost as much as 5% after U.S. government data showed an unexpected larger increase in inventories. Goldman Sachs predicts higher risks for oil with prices of $20/barrel possibly required before enough production is shut down to rebalance global markets. “I will be looking out for crude oil prices to reach equilibrium and stability. I think that’s important for a number of reasons partly related to sentiment, investor interest in the commodity and partly related to inflation expectations,“ said Thomas Kendall, precious metals strategist at ICBC Standard Bank on the line from London.

According to the World Economic Forum, the market capitalization of the 40 largest global mining companies has plunged by approximately $300bn this year. To protect themselves against falling profits, mining houses were forced to restructure their businesses, cut dividends, and sell assets. “The company response to these macro factors will be one of the themes in 2016; we have seen a lot of companies still stuck in shock and denial. Anglo American has started to recognise how bad the current environment is. We need to see more pro-activeness from companies to reduce costs,” says Rossouw.

Rossouw says that companies like Lonmin have been too slow to react and make the tough calls necessary to survive. He adds the gold sector has arguably been in a tough situation for longer, but companies like Anglo Gold and Sibanye began the restructuring process and cut-backs earlier than others.

The Federal Reserve raised interest rates by 0.25% for the first time in nearly ten years highlighting the confidence in the U.S. economy and the stronger dollar. In the wake of the announcement, most industrial metals fell as the dollar strengthened. But the Fed’s decision was no surprise, given that analysts had anticipated the announcement for months.

The US Dollar rose versus most of its major peers and Citigroup expects the higher interest rate to foster a dollar rally over the next 12 months. “One could almost say it’s been the year of the dollar. With the dollar being as strong as it has in the last 18 -24 months, it has come through with significant pressure on global commodity prices and nowhere has that been more evident than when you look at the resources sector in South Africa,” says Mohammed Nalla, Head of Strategic Research at CIB Nedbank.

Nalla expects some of the noise around the Fed might ease off a little bit, but maintains that it will still be one of the key drivers. He adds that this year, the market fixation was centred on policy and 2016 will be more about financial stability.

According to HSBC, the emerging markets like Brazil, Russia, Indonesia and South Africa are most exposed to deteriorating financial conditions as their currencies fall against the US dollar and debt service costs rise. The debt situation is broadly stable in countries such as Mexico, India and Poland. The impact on emerging markets will depend on Fed tightening in 2016.

“The resurgent dollar will be a theme next year. It will gain more support especially against commodity currencies and the euro. Commodity-dependent emerging economies will be the hardest hit, including Russia, Brazil and South Africa,” says Chris Gilmour, investment analyst, Barclays Africa Group Wealth and Investment Management.