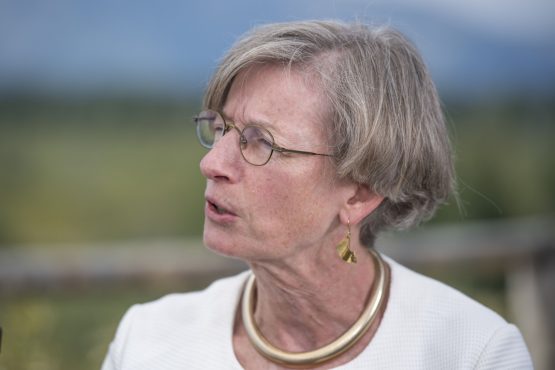 The world today is different to the inflation-wracked 1970s and as a result the Federal Reserve remains well placed to respond to evolving price pressures, said Catherine Mann, the newly-appointed Bank of England policy maker who was a former chief economist at Citigroup Inc.

“History is an important guide,” Mann told an Australian National University conference Monday by video, responding to a question on the similarities between the 1970s and today and whether the Fed should respond to the latest 5.4% surge in inflation. She set out four factors that distinguished today from the 1970s:

“So I would say the Fed is not behind the curve, and they have the tools in order to address the inflation concerns as they develop,” she said.

Fed Chair Jerome Powell argues that recent increases in inflation reflect disruptions linked to the U.S. economy reopening after the Covid-19 pandemic and are likely to prove transitory.

At the Jackson Hole conference late last month, he sounded a note of caution about employment levels and didn’t provide a specific timeline to start scaling back $120 billion-per-month in bond buying. August’s non-farm payrolls came in weaker than expected on Friday, prompting economists to see a decision to taper this month as off the table.

I like her! Especially if that’s about 2 ounces of gold in that necklace.

In the early 70s most all Institutions had genuine solid credibility. Then they trashed it all and opened the door to a false premise for the ongoing and escalating syndrome of over-spending, with consequential uncontrolled inflation, whilst embarking upon a constant redefining of the meaning of most all economic understanding. Nowadays it is like an old time séance where the spirits define and enumerate every sign and indicator and the host provides the narrative and arranges refreshments. The markets move endlessly onwards and upwards like an illusion from excess of the freely given opium. An end to bad things has been decreed and there will be a free lunch from now until eternity.