JOHANNESBURG – We’re in uncharted territory. Friday’s jaw-dropping news – that the British public had a day earlier voted to leave the European Union (EU) by a 1.9% margin – sent markets into an immediate tailspin, as analysts from across the globe offered educated guesses as to what the longer-term implications of this monumental decision will be for the world economy.

The truth, however, is that nobody knows.

“The problem is, we don’t know what it means, we don’t really know. We’re all stabbing at things…,” deputy chairman at Sasfin Securities, David Shapiro, was honest enough to admit.

Dozens of media reports quote experts warning that Britain will almost certainly slip into recession off the back of its decision, particularly if it loses, among others, the easy access to European markets that it has enjoyed for the past 43 years.

London losing its status as a global financial centre, and the decline in income, jobs and property prices that will follow; sustained pound weakness; and a response by the Bank of England to slash interest rates to zero while introducing quantitative easing, are some of the other suggested outcomes of this vote.

“An event such as this causes uncertainty and the system comes to a halt… it leads to a period almost of stagnation, which has more of an effect than anything else,” said Shapiro.

While the immediate aftermath is reflected in stock markets, longer term impacts are reflected in real economic growth, which falters as businesses freeze investments on a ‘wait and see’ approach.

The JSE’s All Share Index ended Friday down 3.56% – still more than 12% higher than its low on January 21. Similarly, global stock markets, although shedding billions of dollars in value, by no means collapsed.

Perhaps tellingly, the JSE’s Financial Index was the day’s biggest loser, shedding 4.78%. Investec Plc was unsurprisingly the hardest hit, giving up 9.65%, reflecting the bank’s extensive exposure to the UK economy.

“Investec is most at risk given that its UK businesses are now worth less in dollar terms (after the pound weakness) and there are new uncertainties around the UK’s economic prospects. Sustained weakness in the London housing market has the potential to impair Investec’s balance sheet,” commented Justin Floor, investment analyst at Kagiso Asset Management.

“We are confident that our diversified business model with multiple income streams will provide resilience as it has done in the past during times of economic uncertainty,” Investec said in a statement.

Among life insurers, Old Mutual plc lost 7.51% on the day. Its peers were also noticeably weaker, as were the country’s banking and asset management stocks.

The fall in the pound will negatively impact the earnings of firms with significant UK operations, most notably, Investec, Discovery and Old Mutual.

Sanlam also has a sizeable business in the UK, while Standard Bank and Alexander Forbes have businesses with direct exposure to that economy.

Finance minister, Pravin Gordhan wasted no time in reassuring the South African public that “our banking and financial institutions are well positioned to withstand financial shocks”.

The system demonstrated its resilience in the 2008/2009 global financial crisis, Gordhan said.

“Our domestic banks have immaterial UK operations and foreign funding requirements are limited, and so we’re not expecting to see significant operational implications in the near term,” Floor noted.

He cautioned, however, that if the fallout from Brexit leads to a global economic recession then all South Africa’s banks could face increased credit impairments.

Similarly, Kokkie Kooyman, portfolio manager at Denker Capital, cautioned that the renegotiation of trade agreements with the UK could weigh on our exporters, which could lead to a possible increase in bad debts for banks.

“Our government and banks get a large part of their offshore funding from London, and this funding might not be available anymore,” he added.

Naturally, equity markets are likely to remain volatile as a result of a prolonged period of uncertainty while the finer details of Brexit are ironed out. Weaker equity markets are bad news for insurance companies and asset managers, since they reduce returns on client investments, which in turn impair performance fees.

“The local equity market is effectively an international market, with many of our big shares having very little to do with the South African economy. They will be affected by any international sell off – not simply because they are listed in London,” Duncan Artus, portfolio manager at Allan Gray, said in a note.

“Should assets or stocks sell off significantly below their intrinsic values this may offer us opportunities to take advantage of extreme volatility,” he added.

What about the SA economy?

If Brexit leads to weaker global growth, which seems to be the overwhelming conclusion being drawn at this early stage, this will obviously be bad news for South Africa.

We may well need to negotiate independent trade agreements with the UK, too. This may in fact work in our favour if the UK receives punitive terms in trade negotiations with the EU and looks elsewhere for mutually beneficial partnerships, but it’s too soon to tell.

Although the EU remains a significantly more important trading partner to South Africa than the UK, the question marks around what happens next give reason for anxiety, especially as commentators predict possible calls for referendums in other European nations, which may lead to the breakup of the EU entirely.

For the UK at least, the process of exiting the EU will be complex to say the least.

As David Zahn, head of European fixed income at Franklin Templeton points out: “The United Kingdom has not had to negotiate a bilateral trade agreement since 1976, so I think one has to question how fast it can be done. And it’s not just trade, there’s also movement of labour and important issues like flying planes: the EU has more than 60 different agreements around the world allowing planes from the EU to fly over and land in other territories. The United Kingdom has none. That shows the breadth of things that will have to be addressed.”

Aah, the “experts” again! They now predict a recession for the UK.

Give this man a bells!

Please substantiate on point 4. What punishment are you talking about? Weren’t the consequences of an exit known before the vote?

The quest for a 2nd referendum, falling Pound are both punishments.

But this is the biggest punishment for Europeans:

The EU Superstate has been decided and will be announced soon:

If nobody knows what the implication of Brexit will be – maybe it won’t have much of an effect on anything at all!

It is not as if a tsunami or earthquake destroyed Britain, like it did in parts of Japan. All infrastructure and assets are still there, no collateral of banks were destroyed and insurance companies are not out of pocket.

Record-low bond yield are a far bigger threat to the financial system than a small island of homophobics.

This means the end of the European Union, the Euro as a currency, and the ECB. That brings us to the real question – who will now be responsible for saving Europe’s zombie banks? Who will now print the money to save the banking system? Will the US Fed take over?

Don’t be ridiculous. Nobody said the undemocratic EU hydra would take it lying down. It has been dealt a mortal blow and is threshing about taking what it can down with it. The MSM and their mindless minions, brainless bureaucrats and hordes or hangers on currently sucking lively and lustily at the teat of the producing man’s labour are crying ‘foul’ and shamelessly exploiting every dirty trick in the book to cling to the ongoing spoils of statism and big government run amok. We can expect nothing less than classic left-wing anti-democratic tactics which include name calling (ad hominum), ageism, xenophobia, racism, threats of economic collapse, hardship and any random fear button they can press.

What are the relevant facts?

The fact is that the EU empire parliament is not elected by the people yet makes statutes that profoundly affects their lives.

The fact is the flow of wealth is outside of the UK to the economic basket case called the EU.

The fact is in a referendum held last Thursday the Brits rejected this state of affairs.

Suck it up britches, suck it up. Got a problem? come get some.

100% agree. I started managing my own etf based portfolio 3 years ago. My experience has been to listen to these “experts”, then do the opposite. No fees and my portfolio is buzzing along nicely. I wonder how often the “experts” give public opinions…but do these opposite in their actual investments? Just saying.

With all respect: you are protecting yourself against bankruptcy of the financial industry with shares in the same industry?

At the end, you will hold the bag.

Some nice buying opportunities floating around. read your graphs and watch when the big boys start to top up blue chip positions. 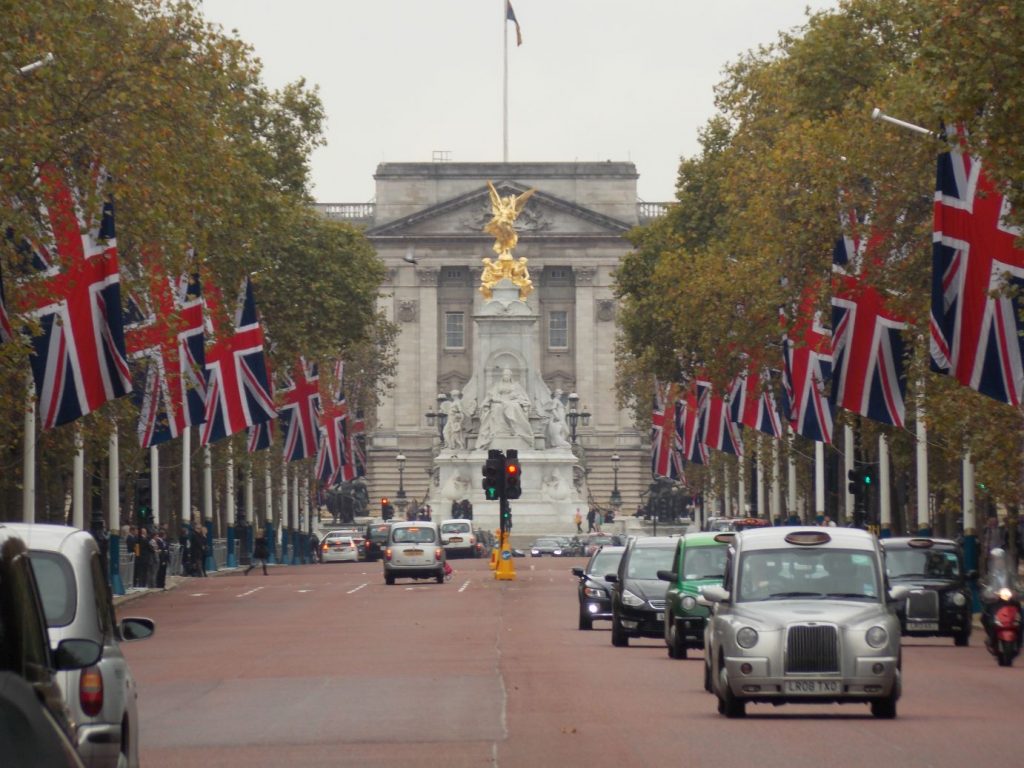 Outlays have risen in each of the past four years — despite the pandemic and national lockdowns — and soared 53% from 2018-2019’s reported £67 million.