If the spread of infection worsens, government will need to make cuts across all areas of spend.
Tebogo Tshwane 17 Mar 2020  00:07 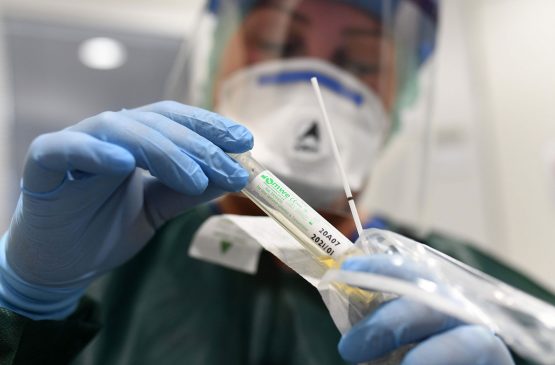 Business has called on government to redirect funds going to non-essential state-owned entities (SOEs) towards efforts to fight the spread of the coronavirus disease 19 (Covid-19) in South Africa.

This is one of the interventions business proposed at a National Economic Development and Labour Council (Nedlac) meeting between government, labour and community social partners on Tuesday.

The meeting comes after President Cyril Ramaphosa declared a national state of disaster as the number of people infected with Covid-19 rose to 61 on Sunday and included a case of local transmission.

In the 2020 budget SAA received R16.4 billion while SA Express was given R200 million, both of these entities are undergoing business rescue.

Where will we get the money?

Earlier in the day, Finance Minister Tito Mboweni said there were funds in the disaster reserve that would be made available immediately to support the efforts to combat the virus.

Mboweni did not mention exactly what amount would be needed “in case prices change”. However, in the 2020 Budget Review, National Treasury has allocated R1.1 billion for this, with another R438 million for local and provincial disaster relief grants over the medium term. The contingency reserve also holds another R5 billion for the coming fiscal year.

The document goes further to state that in the past “the contingency reserve, the disaster relief grants and other ring-fenced funds within infrastructure grants [have] proven sufficient to meet the costs associated with natural disasters”.

“As the situation develops we will need to set aside further funding,” Mboweni said. “That means we have to reduce programmes throughout government institutions by reducing allocated amounts.”

The Public Finance Management Act (PFMA) makes provision for the minister to “authorise the use of funds from the National Revenue Fund to defray expenditure of an exceptional nature which is currently not provided for and which cannot, without serious prejudice to the public interest, be postponed to a future parliamentary appropriation of funds”.

The emergency funds may not exceed 2% of the total amount appropriated in the annual national budget for the current financial year. Government’s consolidated budget expenditure for the 2020/2021 financial year amounts to R1.95 trillion.

This means Mboweni could possibly have R39 billion in funds for Covid-19 containment efforts.

“The key issue is that we should not have a situation where we say we are unable to procure testing facilities or whatever is necessary,” said Mboweni.

Nicolaou said the private sector has also set up a facility that will track, trace and monitor people who have been in contact with the people that have tested positive for Covid-19 infection. The facility will assist Department of Health and National Institute for Communicable Diseases efforts to contain widespread domestic transmission.

“We are either going to win or lose this battle, and the economy in the process, unless we do this one thing properly,” said Nicolaou.

“Italy did not do that and you saw the consequences.”

The private sector, under the supervision of the Department of Health, is also prepared to carry out testing in car parks and soccer stadiums.

So why was this not done for ESKOM years ago already. Perhaps we and the economy would have been in a better position?

“Business has called on government to redirect funds going to non-essential state-owned entities (SOEs) towards efforts to fight the spread of the coronavirus disease 19 (Covid-19) in South Africa.”

With reference to the first sentence in this article, the wording “non-essential” leaves a question: why was the non-essential soe entity created or is still supported by government with the taxpayer’s money in the first place if is not essential – on top of it, especially for saa, we don’t need saa anymore. besides saa there are how many other soe’s that delivers nothing, but for sure is helping to absorb the taxpayer’s money.

Dream on, this will never happen… SABC and SAA are not needed but they are kept alive with taxpayer money because of the political gain.

Read between the lines in Ramaphosa’s speech, corporates were told to stay open and just sanitize better. If the government really took corona seriously then they would have enforced all business and corporates to shut down… but money is more important when the possibility of death remains low..

Is the Govt still allowing minibus taxis and busses to run.

You can not cut the pap supply to the looters

Take back the looted billions via SARS and put that in, get Eskom to collect its outstanding billions. Start there (oh and cut all blue lights immediately)

Is there any money in any SOE left?