Bill is currently before the National Assembly for consideration.
By Thando Maeko 6 Apr 2021  11:00 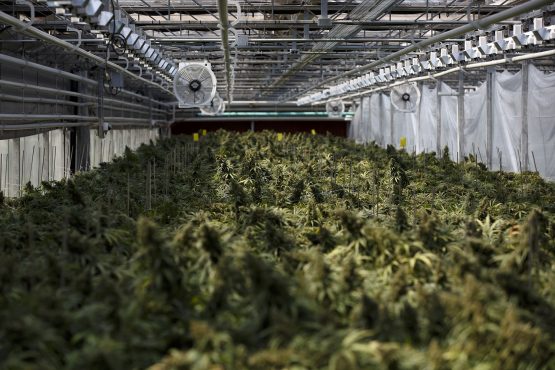 The possession, cultivation and use of cannabis for private use is expected to be passed into law in two years’ time.

The legalisation of the private and commercial use of cannabis forms part of the country’s plan to revive its ailing economy which has been further battered by Covid-19. Decriminalising cannabis has previously been touted by Finance Minister Tito Mboweni as one of the ways the country could plug in the hole in dwindling tax revenues.

Once legalised, South Africa will join other countries such as Australia, Canada, Chile, Colombia, Croatia, Cyprus, Finland, Germany, Greece, Israel and Italy which all have legalised the medical use of cannabis.

Use of cannabis in South Africa is regulated by the Medicine and Related Substances Act, the Drugs and Trafficking Act and various other international laws prohibiting the use of the substance.

The draft cannabis master plan, seen by Moneyweb, foresees the Cannabis for Private Purposes Bill (which is currently before the National Assembly) to be made into law by 2023. The bill gives effect to the Constitutional Court judgment which was handed down in 2018. The apex court ruled that adults may use, cultivate and possess cannabis in private for their consumption and any prohibition of cannabis for private use limits the rights to individual privacy.

Although the Constitutional Court decriminalised the private use of cannabis, the buying and selling of cannabis, cannabis oil and cannabis seeds remain illegal.

The master plan sets out various deadlines for the gradual implementation of the legal use of cannabis in South Africa including the legislative, agricultural and commercial requirements.

Read: Dagga presents a ‘greener’ pasture for the country’s economy

By 2023, the country ought to have declared hemp as an agricultural crop, made amendments to the Drugs and Drug Trafficking Act, and developed a new policy and legislation for the commercialisation of cannabis.

This will be overseen by an executive oversight committee (comprising manufacturers, farmer associations and various government departments including Trade, Industry and Competition, Justice and Correctional Services, and Agriculture, Land Reform and Rural Development), task teams and provincial cannabis committees.

The draft plan, citing research from Interpol, says South Africa is the fourth-largest producer of dagga in the world with 3.5 million users. Most of the users of the substance do it for recreational purposes although “medicinal marijuana is gaining traction both within the medical fraternity and with the general population”.

The domestic industry is characterised by over 900 000 small-scale farmers, mostly in the Eastern Cape and KwaZulu-Natal. The draft plan notes most of the buyers of dagga are situated in Cape Town, Johannesburg, Durban and also other South African towns and cities.

Since the Constitutional Court ruling, the small scale farmers have raised concerns that private use and cultivation of cannabis will lead to massive profit losses brought on by the decrease in the number of buyers.

Once decriminalised, there is also a risk that small scale farmers lose out on business to big corporations that have the financial and structural muscle to weed out smaller players.

“It will be important for [the] government to use competition laws to deal with this challenge to create an inclusive cannabis industry. Legalising cannabis will open opportunities to all interested stakeholders, including big business,” the draft plan says.

Farmers also face challenges related to the unregulated supply of seeds because the substance is an illegal commodity.

“Seed is currently obtained via informal markets and networks. This creates a regulatory challenge in that it is virtually impossible for [the] government to regulate and guarantee the quality of seed that is traded. The farmers are therefore at risk of being sold poor quality seed with low germination percentages,” the plan reads.

I have an interesting warehouse for use in specialised early life growth. basically getting from seed to ready-to-plant-out for growth very quickly and very securely. Common approach is lab-level species and sex confirmation and then controlled rapid growth.

In the past two years we had four people coming along with big plans about how many hundred thousand little plants they intend growing. Then you ask a few questions and it seems that there is a HUGE gap between what people want to do and what they are allowed to do.

I smoke it and yes if it can be listed as an investment at least my capital will not go up in smoke.

Pretty much a no-brainer, at #4 in the World, this industry will be the leading edge of the green-gig economy going forward.

Like gas is an intermediate cleaner fuel for the energy industry, cannabis and hemp are the safer bets with huge potential for a healthier and wealthier society on every level.

Jah Jah uplift the empress of stress and the rastafari, aho!

The industry development is already real (medical) & starting to move quickly – there will hopefully be many more positive developments before 2023! The (missed) deadline for the private use bill by the constitutional court was Sept 2020 (2 years after judgment). It should hopefully be finalized way before 2023. The private use limits mentioned are not law, merely in a (rejected) draft bill. Hemp should also be finalized way before 2023 according to DALRRD. Adult Use (& ‘recreational’ trade) is the one area that could take more time but hopefully will be done before 2023. Jobs & economic growth are needed now & the opportunity will not wait for South Africa. Other African countries are moving.