China’s economy to grow the slowest since 1976 this year A pedestrian walks on the sidewalk of a deserted road in Shanghai, China, on Monday February 3, 2020. Image: Bloomberg

China will see the slowest growth this year in more than 40 years according to economists, who have drastically slashed their forecasts for the economy after an across-the-board slump in activity in the first two months of the year.

The economy will grow 2.9% this year, according to the median of 17 forecasts over the last week. That is the lowest since a contraction in 1976 – the final year of the Cultural Revolution which wrecked the economy and society, and the year Mao Zedong died.

Data out last Monday showed an across-the-board slump in manufacturing, retail sales and investment in January and February, with all the numbers hitting historic lows. The coronavirus and the measures taken to contain it shut down economic activity for much of February, and now the outlook is worsening as other countries follow China with quarantines and lockdowns.

At least 17 banks or analysts have revised down their forecasts since the data were released. The median of those new forecasts is for the economy to shrink 6% in the first quarter from the same period a year ago. There’s never been such a contraction since comparable data began in 1990.

A possible recovery later this year will largely depend on the pace of work resumption and policy makers’ efforts to stimulate the economy, economists say. That process might be hindered by the spread of the coronavirus worldwide, as global supply chains will likely be disrupted and external demand may shrink. 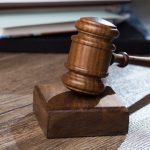