A 50-basis point hike to interest rates widely expected from Sarb.
By Prinesha Naidoo of Bloomberg and Moneyweb 18 May 2022  11:27 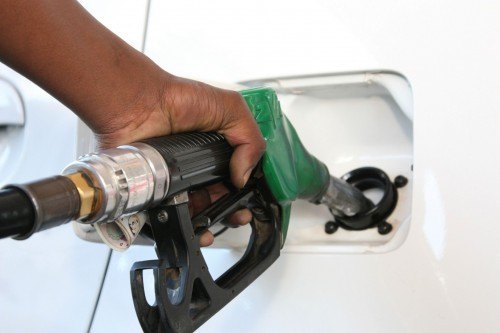 Image: Moneyweb
South Africa’s inflation rate held steady near the ceiling of the central bank’s target range on the eve of what’s expected to be the biggest interest-rate hike in more than six years.

Annual inflation was 5.9% in April, unchanged from the prior month, Statistics South Africa said Wednesday in a statement on its website. That matched the median of 13 economists’ estimates in a Bloomberg survey. A reminder that, at least inflation-wise, SA is doing relatively well. pic.twitter.com/yeOduC36r6

“With that said, we believe that South Africa’s consumer food price inflation could average 6% y/y in 2022 (from 6.5% in 2021). The base effects, along with meat, fruits and vegetables, will likely provide a constructive price inflation path ahead.”

While the South African Reserve Bank (Sarb) officially targets inflation in a band of 3% to 6%, its monetary policy committee prefers to anchor expectations close to the midpoint of the range. The rate of price-growth, stoked by record-high fuel prices (up 2.2% month-to-month and 29.2% higher than a year ago) and rising food costs, has topped 4.5% for a full year, with the breach of the ceiling of the official target now creating room for an aggressive rate hike on Thursday.

After lifting borrowing costs by 25 basis points at each of its last three meetings to 4.25%, the monetary policy committee is expected to up the pace of tightening this week. That’s as inflationary risks posed by a weaker rand and more hawkish stances by the US Federal Reserve and European Central Bank reduce the appeal of local assets for offshore investors, outweighing concerns about the deterioration in domestic economic growth prospects.

Of the 20 economists in a Bloomberg survey, 15 predict a half-percentage point increase, with the remainder expecting a smaller 25 basis-point hike. Forward-rate agreements starting in one month, used to speculate on borrowing costs, are fully pricing in a quarter-point increase, and have put the odds of a 50 basis-point move at almost 90%.

The implied policy rate path of the central bank’s quarterly projection model, which the MPC uses as a guide, last indicated a repurchase rate of 5.06% by year-end. At the time, Sarb saw the economy growing by 2% in 2022 – a forecast that’s likely to be revised lower after deadly floods wreaked havoc in the KwaZulu-Natal province – the second-largest contributor to the nation’s gross domestic product – and the resumption of rolling power blackouts.

“The recent sell-off in the local currency and the consequent fear of higher underlying inflation outcomes have shifted the consensus towards an expectation of a larger interest rate hike of 50 basis points at the upcoming May rate-setting meeting.

Anchor Capital investment analyst Casey Delport added: “The MPC is likely to cite capital outflow concerns and risks of higher import inflation stemming from currency weakness in tomorrow’s (Thursday’s) MPC meeting. So while the bank would ideally prefer to withdraw monetary accommodation very gradually, we do believe that we will see a 50-bpt hike rather than the usual 25 bpts increments thus far in the cycle.

“Interestingly, the domestic inflation and growth forecasts do not necessitate such an acceleration yet, with the inflation forecasts only temporarily breaching the 6% inflation target ceiling and demand-pull inflation suppressed by real GDP that is still below its pre-pandemic peak, a negative output gap, and a weak labour market. However, the upside inflation risks have increased materially given the rand weakness, persistently high oil prices and the recent spike in global food prices.

“Furthermore, the rand has depreciated by 4.8% in trade-weighted terms since the March MPC meeting, with the committee likely to see this as worsening the risks to inflation. We believe that, at this point, the committee would argue that frontloading of the inevitable rate hikes would have a more potent impact on inflation expectations without a materially harsher impact on economic growth.”

Raising interest rates to target inflation, when the causes of current inflation are externalities, is plaqien stupid. There is no asset price bubble and the economy is frigid – not overheated. Raising rates will increase inflation, reduce investment and not only avoid job creation it will shed jobs.

I agree 100%. The USA and Europe have negative real rates to support the economy even while they are raising rates to “combat inflation”. In effect, they are exporting their inflation to South Africa.

The runt must settle where it must. You can keep a currency weak for decades and afford it with massive resulting foreign reserves (China). Nobody can afford keeping a currency strong – you will most definitely run into unaffordable debt service cost.

Is our central bank staffed with 1950’s economists?

All these down-votes but no coherent response that can point to any modern instance of the damned old textbook economic theory working in practical economies.

Behavioral Economics has already debunked all the old trade-off theories about especially labor economics and consumer behavior. It is time the rest of Economics gets off the white board and into the real world.

Have a look at US, Euro, UK, Japan, Canada : they are all sitting with 4% to 8% higher (temporary) inflation rates than their central bank rates. They also in effect have no unemployment (average 4%)

Sticking to a dogmatic approach during chaos only serves the speculators that trade on very predictable (even if insane) central bank reactions. Our debt is 70% of GDP, much lower than those countries mentioned but their debt cost is tiny compared to ours.

Let the runt slide, it hurts half our oil is imported but helps mining and all exports so likely looking how China keeps its currency weak, it helps industry an jobs to have weaker currency.