Lifestyle audits and concession opportunities for the private sector also set to feature in unprecedented overhaul of the group.
By Suren Naidoo 26 Oct 2020  00:02 Preliminary details on the latest changes planned for Transnet, following its entanglement in state capture, were revealed by the group’s new executive leadership during Transnet’s full-year financial results presentation on Friday.

The overhaul – which includes a new group structure, recently announced lifestyle audits for executives and the board, and moves to lure significant private sector investment into SA’s rail and port network – has the backing of Public Enterprises Minister Pravin Gordhan.

Stressing that Transnet is profit-making and continues to meet its borrowing obligations without government guarantees, Derby declared: “Soon we will be paying out dividends to our shareholder – government.”

Transnet delivered a R3.9 billion net profit for its financial year to March 31, 2020. However, this was significantly down (34.9%) on the prior financial year due to South Africa going back into recession last year. The group reported a 1.3% increase in revenue to R75.1 billion, with cash generated from operations increasing by 2.1% to R35.9 billion.

Speaking during the webcast presentation, Gordhan said: “As the state, we are looking forward to Transnet paying dividends as it begins to move to better [financial] health.”

From a corporate governance side, the minister also cited the group’s recent implementation of lifestyle audits for executives and its board.

“The lifestyle audit at Transnet is precedent-setting as far as state-owned enterprises [SOEs] are concerned,” said Gordhan.

“The changes at Transnet are also aligned with the president’s economic recovery plan,” he added.

“Within a year, we are expecting to see a significant difference at Transnet, particularly around the cost of doing business in SA …

“Zero-based budgeting is another area where Transnet is leading.” 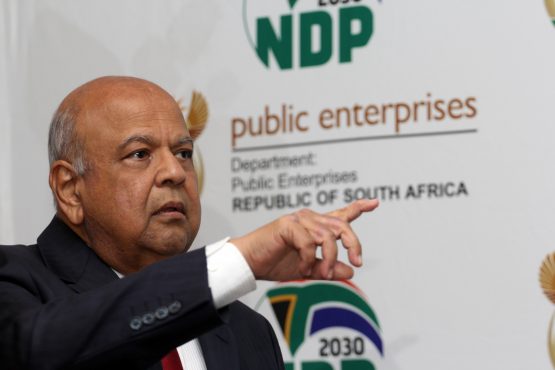 Gordhan’s comments around zero-based budgeting within SOEs represents further backing of the concept, which has been intensely pushed for by Finance Minister Tito Mboweni within government in recent months to try to bring SA’s debt under control.

The economic fallout from the global Covid-19 pandemic and lockdowns has also taken a major toll on government revenue and on the revenues of SOEs like Transnet and Airports Company SA.

Zero-based budgeting is when all spending in budgets must be justified for each new period; the process starts from a “zero base”, with every function within an organisation re-evaluated based on needs and costs.

“For Transnet, it’s going to take a few years to get to closure around this.… Every single aspect of spend needs to be evaluated.”

She noted: “Transnet [has] never done this as far as I am aware … I can’t say currently how much savings we are going to make, but I am also wary of saying it will be cost cuts especially around infrastructure [investment].”

Nonkululeko Dlamini, Transnet’s new CFO, said more details will be revealed by February next year when the group’s new corporate plan is expected to be finalised and released.

She said procurement renegotiations are part of the plan, with the upshot being price improvements or cost cuts.

Meanwhile, Derby has sent the strongest signal yet since taking over as CEO in February that Transnet is looking to also overhaul its concession model to unlock greater private sector participation and investment in SA’s ports and rail freight infrastructure.

“We aim to bring in private sector operators on our [rail] branch lines and are looking at multi-users,” she noted. “There are ‘back of port’ opportunities for the private sector within our port terminals too,” she added.

Pressed by Moneyweb for more detail on the plan during the presentation on Friday, Derby said Transnet’s new corporate strategy is still being finalised and needs to go to the board for approval regarding opportunities for the private sector.

“We definitely intend bringing in private sector participation on our 8 000km of branch [rail freight] lines,” she said. “There are economic opportunities on the branch lines and this is a priority for us.”

Very exciting! Finally taxpayers will be getting dividends. Great stuff Portia. You make us proud and serve your country with distinction.

God is the greatest!

You must be smoking dope. She is just another PC ANC cadre deployment talking PC rubbish. In any case -the real shareholder s are the TAXPAYERS and not the corrupt ANC govt. The State has ZERO money.It is all taxpayers money.

Yaa, Lulu agreed. Its fruitcake time. X-mas around the corner.

Whahahaaaa. These guy’s. Their con job is becoming more and more ludicrous. Not much between the ears with this lot. Turning into a real old BOB show. ANOTHER ONE!!

I’m cynical though – ANC can’t run stuff, and she’s basically married to the ANC. She’s the ex-wife of the former CEO Molefe. I mean how much more of a non-related related party can you get. Why does everyone have to be basically family in order to get appointed (rhetorical question)?

Elsewhere you report a 19 billion loss…
Which is it , profit or loss ?

In ANC bookeeping you can have a profit and loss similtaneously : Its called Struggle accounting : They have struggling bookeepers !!

Let’s give the devil what he/she deserves. She had made a number positive changes to Transnet. Now she can focus on the R120 odd milliard that disappeared through wasteful and fruitless expenditure. That would’ve made a huge difference in profits, had it not happened.

And no, the tax payers are not directly the beneficiaries of dividends being paid. It will go straight to state coffers.

I can’t wait to see less lorries on our roads again.

The only profit one can talk about in this case is the profit made by Tenderpreneurs and Lootfreely House Cadres dealing with Transnet. Taxpayers (as mentioned by LuluAlert) made the loss referred to in the article by Barbara Curson today, to quote: “Finance costs are R11.3 billion (2018: R11.6 billion), irregular expenditure is R10 billion (2018: R18.5 billion), loss on ‘revaluations’ is R31.1 billion (2018: R26 billion), and the comprehensive loss for the year is R18.4 billion (2019: R12 billion)”. Nice accounting “trick” to shove all the loss making disasters – theft, vandalism and corrupt spending in the “Irregular Expenditure” bucket. Talk about “dividends” and “lifestyle audits” out of this bunch is akin to talk about dragons and unicorns. Dream on. Somewhere in my comment there must be trigger words to warrant moderation but quoting a Moneyweb article must surely count for something. No?

The ANC turned national assets into national liabilities. These SOEs are a drag on society, a care centre for managers of substandard capability, a bottomless pit, a pen or yard where the ANC feeds taxpayer money to their fat and lazy voting cattle.