The rand might have been one of the world’s strongest currencies last year, but that has not slowed the rush by South African capital for the exit door.

Nothing captures the waning confidence in South Africa than the following graph which shows direct investment by SA companies abroad. Last year it hit roughly R70 billion on a rolling four month cumulative basis up to September 2016. Back in 2012 it was zero. So what’s going on here?

Old Mutual Multi-Managers chief investment strategist Dave Mohr says the outflow of capital reflects ongoing nervousness over the domestic economy. A year ago, power outages, the “three finance ministers in a week” fiasco, and the threat of a credit downgrade to junk were among the issues that pushed the rand past R17 to the US dollar at one point.

Since then the rand has come back strongly, but corporate SA continues to vote with its feet, moving money abroad as fast as possible. Corporate owners are planning for the long term, spreading their assets outside of the country. The real motivation for this is the expectation of persistently low domestic growth – expected to be a shade over 1% in 2017. Money moves where the growth is, and that is outside of SA. The UK has been a particularly popular destination for companies such as Truworths, Brait, Woolworths and Steinhoff, all of which made UK acquisitions in recent years.

The exodus of capital from SA continues a trend that commenced two decades ago. Fifteen of the biggest companies on the JSE now earn more than half their revenue offshore. These include MTN, Bidvest, Steinhoff, Naspers, British American Tobacco, Glencore and BHP Billiton. It is clear that the strength of the rand last year did little to halt the exodus of capital.

“The strength of the rand last year reflected the improvement in commodity prices and the outperformance of emerging markets,” says Mohr. “Plus the rand was extremely bombed out after the collapse of 2016 and prior years. On a PPP (purchasing power parity) calculation the rand was historically weak as well – so lots of bad news was priced in to the currency.

“The threat of a downgrade will linger, but we can avoid it if we tighten the budget as expected and our growth surprises on the upside. With growth expectations extremely low it will not be difficult to surprise on the upside. Recent good rains and an expected fall in inflation could be the triggers for such an upside surprise.”

Mohr expects the rand to hold its ground this year, after strong gains in 2016.

The fact that the rand recovered some of its losses last year is small comfort for importers who have seen a near halving in currency value against the US dollar since 2011. Over the longer term, however, a steadily weakening rand has flattered JSE rand-based returns, and packed muscle on an otherwise fragile frame. Few economists expect the rand the strengthen much this year, which makes it a challenging year for local stocks to match last year’s performance in US dollar terms. A steady rand, however, would allow rand-hedge stocks to come back into their own after a relatively poor performance in 2016.

The MSCI Emerging Markets index is up 13% over the last year, the FT100 is up 21%, lofted by a post-Brexit weakening in sterling.

This year should be better for emerging markets, helped by a stronger global economy with a reinvigorated US under President Donald Trump. There is a risk is that his political style causes major upheaval and he acts impulsively by hiking tariffs, but he has surrounded himself with sound business minds. That risk is already receding.

“This year the global economy should do better and the key question is how inflation is going to react, which in turn will determine the trend in interest rates. Deflation fears are fading fast and G7 bond yields should rise, particularly as Quantitative Easing is rolled back in the US. There are some that view this scenario as bad for emerging markets, but with global growth doing better emerging markets typically benefit,” says Mohr.

What will it take to reverse the capital exodus? Higher domestic growth for a start. That in turn would require more pro-growth policies, bigger infrastructural investment and an easing in labour regulations that stifle job creation.

Another hot button that will determine the fate of the world economy would be the pace at which US short rates rise, which they are expected to do this year.

“Will the hikes derail the long US recovery? We do not think so,” says Mohr.

How do you convince western (read white) companies to invest here if Zuma is referring to white capital as public enemy #1 that should be eradicated?

What do you say during your investment pitch? “Invest here BUT we will make sure to destroy your business with onerous BEE and other requirements AND label you as an enemy of the people”?

Honestly you cannot trust any promise/commitment government makes because tomorrow it will simply backtrack and pass new legislation to steal/destroy western (white) companies…e.g.
1. increased black shareholding,
2. threatening to withdraw mining licenses,
3. forcing companies to rotate their auditing firms (if they are white firms ofcourse)
4. forcing them to keep on diluting shareholding with a continuous empowerment policy

Ciaran Ryan Re:- Corporate owners are planning for the long term outside of the country.
We here is South Africa must also plan for the long term and our best way forward is uplifting our workforce with better education enabling them to become productive contributors into the economy. South Africa’s long term success and strength and prosperity lays with its people.

You’re right. But that wont happen under the ANC.

They’ve had over 20 years and only made education go backwards (along with healthcare, security and transport infrastructure).

King Zuma the Dunce is perpetuating this by appointing stupid incompetents to key positions in government and arranging the same for parastatals. People like Hlaudi. Dudu and Mashabane come to mind.

The only possible way to get out of the situation of poorly educated and subsequently poorly skilled people is by getting the ANC very far away from government.

The more voters who realise that, the better for everyone.

Companies duty is to make money for their shareholders. If the shareholders do not agree with the managers, they can replace them.

Yes bot not when the government does it’s best to enrich politicians and their families. Junk here we come. Thanks to uneducated presidents

And as they rush for the doors the jobs will decrease and the taxes will go higher and the “people” will feel the brunt (once again) of a government that has no clue what it’s doing. They need a new educated person running the country. The ANC has failed and are in the process of causing severe harm and manys years to even BEGIN to turn this BEAUTIFUL country with it’s BEAUTIFUL people around. Government’s answer raise taxes and VAT. Well HELLO I have been involved in teaching personal finance for 20 years and those archaic decisions don’t work!! Doesn’t anyone read or have the knowledge of economics?You might not like Trump BUT cutting taxes and giving people more of THEIR HARD EARNED MONEY BACK, is a great way to stimulate the economy. Just sit on the side lines with these failed policies and watch (again) what should be done.

Its called a capital strike.

Two major reasons for capital flight in my opinion:
1) Uncertainty and stability of SA. We lived in total utophia in 1994 and never thought that the mistakes African countries made after gaining independence with regards to the economy will be repeated. Today we repeat the same mistakes,
2) Business sense. Simply hedging your bets; your can’t put all your eggs in one basket.

Two comments:
Please see my comments 25 October 2015 about the currency and Bonds rates,and secondly, we ARE the only country which openly encourage people not to invest into itself! Surely we should rather not encourage people to take their money out, but rather to invest here( and YES i know there are serious factors that need to be considered on this matter) but if the economy did not have Corporate South Africa shift money out of SA then we would have a better economy, more jobs and certainly a more stable Rand. I think it is time we buy South Africa because looking around the globe, can we really get worse?

The Rand is simply decolonising and retuning home! 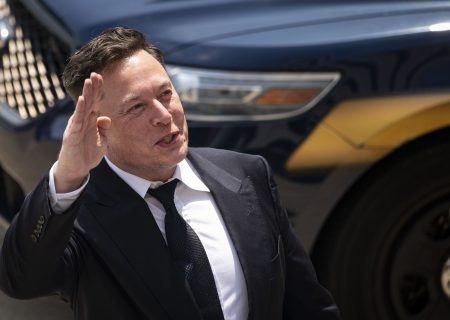 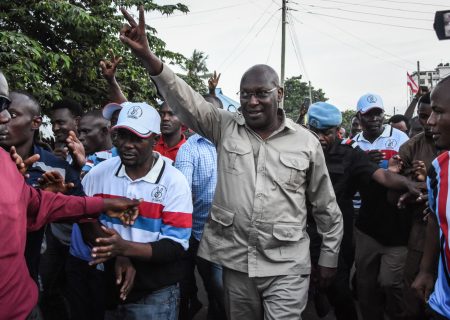