High inflation has long been the curse of emerging markets, though it’s now quite benign in more economies than not.
By Michelle Jamrisko and Enda Curran, Bloomberg 20 Nov 2019  10:39 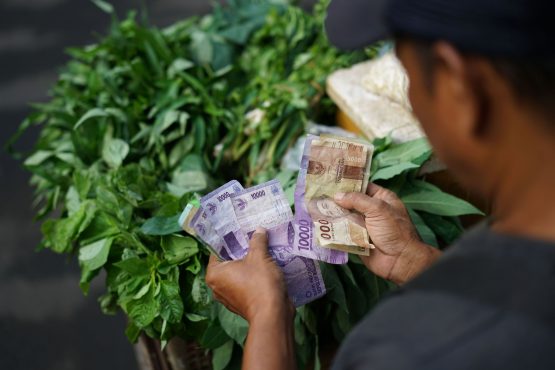 Emerging-economy central banks from India to Brazil still enjoy the firepower to shore up the global economy as their peers from developed markets take to the sidelines.

While policy makers at the Federal Reserve and European Central Bank are seemingly set to keep interest rates on hold, many of their developing nation counterparts have room to cut further. That should help support the world economy amid its weakest expansion in a decade. “In most cases, emerging markets are now in the comfortable position to be able to cushion an economic downturn with monetary easing,” Ulrich Leuchtmann, head of currency strategy at Commerzbank AG in Frankfurt, said in a report this month. “This easing of monetary policy is likely to give a lift to EM economies, and this would also be positive for developed countries.”

Faster growth
That outlook was underscored this week by Morgan Stanley economists, who predicted emerging markets will grow 4.4% next year, more than three times the 1.3% rate anticipated in the Group of 10 economies.

After 20 of the 32 central banks monitored by the bank eased policy in 2019, its economists forecast 13 will do so in 2020 with the cuts concentrated in emerging markets helping to reduce the global weighted average policy rate to a seven-year low by March. India, Brazil, Indonesia and Turkey can all strike if they need to.

With some hints of growth stabilisation on signs that the U.S. and China are warming ties on the trade-war front, fund managers see more reasons to park their cash back in emerging markets. The International Monetary Fund also sees them as the primary drivers of the global economy while advanced economies linger in sub-3% territory.

South Korea and Brazil are among those with further cuts likely on the horizon, while others like China and Thailand are proceeding more cautiously on further easing. Economic conditions in India likely will prompt policy makers to use the space they have for more rate cuts, according to Bloomberg Economics analysis by India economist Abhishek Gupta.

China risk
To be sure, China, whose broader macro-economic prospects have played the part of both blessing and curse of the rest of the emerging-market world, offers mixed signals for the outlook. Economic growth is at its slowest in almost three decades and factory prices have sunk by the most since 2016.

Nonetheless, investors and economists are growing more comfortable with developing markets, given their relatively stronger toolbox to avert a downturn, should things take a turn for the worse. High inflation has long been the curse of emerging markets, though it’s now quite benign in more economies than not, offering added support to consumer spending. Take the Philippines for instance. Surging inflation last year provided a scare, only to retreat this year in a relief to households and central bankers alike. That’s put their real rate in a sweet spot of 3.2%, with room to cut, even as the governor has said they’ll hold off for the rest of 2019.

“2020 might be shaping up to be a good year for emerging markets,” Ghosh said.