The IRP sets out procurement plans for the next 10 years but we need a visible pipeline longer than that.
By Busi Mavuso 28 Sep 2020  11:39

Last week another major step was taken on the way to resolving our energy crisis. The opportunity is now coming into focus for major infrastructure investment while also sparking the development of a thriving renewables-based industrial sector that could become an economic champion for South Africa.

Last Friday, the minister of minerals and energy, Gwede Mantashe, gazetted the section 34 determination to procure 11.8 gigawatts of new power from independent power producers. That is a lot – equal to around 25% of our theoretical total current installed base.

The process has been a long one, made more agonising by the energy crisis we’ve had to endure throughout. Gazetting was a formality after the National Energy Regulator of South Africa concurred, after six months, with the determination the minister had made in February this year.

Finally we are at the point when the Independent Power Producers (IPPs) Office can go ahead and begin the procurement process. That will start with a request for proposals leading to bidding rounds in which project developers will pitch to sell electricity to Eskom. Those offering the best prices and socioeconomic benefits will be selected. The request for proposals will open in December or January, with winning bidders announced sometime next year.

The IPP Office has overseen four rounds of bidding in the renewable energy programme with great success. Indeed, amid the travesty that was made of public procurement during the state capture era, the first four Renewable Energy Independent Power Producer Procurement (REIPPP) rounds were conducted without a flaw. Those procured 6.4GW of capacity, attracting R210 billion of investment.

The IPP Office is now entering a phase that will require significant additional capacity. It is also simultaneously running the 2 000MW Risk Mitigation IPP Procurement Programme, the determination for which was gazetted on 7 July, with the procurement programme kicking off on 23 August. The preferred bidders for that round are expected to be announced on 15 December.

The determination includes 6.3GW of renewables, 513MW of storage, 3GW of gas-fired power and 1.5GW of coal-fired power. These are all in line with the Integrated Resources Plan released in August last year.

If we are going to make the most of this procurement to stimulate industrial activity, it is important that we space out procurement so that South Africa’s own supply capacity can grow.

Of course, many components in energy generation must be imported but there is potential for local manufacturing of key components. This was shown during the earlier rounds of REIPPP when manufacturing activities like the construction of wind turbine towers, assembly of photovoltaic units, and coating of parabolic mirrors all began locally. Much of that collapsed when round 4 of the programme was frustratingly delayed for years.

Two lessons should be clear from that experience: a predictable pipeline of demand is necessary, and local content requirements for project developers are important.

The IRP sets out procurement plans for the next 10 years but it is important that we create a visible pipeline longer than that to really galvanise firms to enter into the energy supply chains that will flow from the projects. The early rounds of REIPPP produced several firms that have become globally active in energy projects, showing the potential of how the procurement process could catalyse a major new export sector for South Africa.

It won’t all be easy. The coal targets in the IRP are going to be difficult to reach – it is becoming near impossible to raise finance for fossil fuel projects and legal challenges are likely. Gas will also face some pushback on environmental grounds.

There will also be issues over just what forms of renewable and storage technologies are used. But we are finally at the cusp of a real change in energy security and a potentially vibrant new economic cluster. Stats SA is expected to release second-quarter unemployment figures tomorrow that will reflect the devastation that Covid-19 is causing to jobs. We cannot be so dependent on big business and big government to be a source for jobs. It’s time to put labour law reform on the negotiating table, I wrote in my Business Report column.

The question over the future of South African Airways has so often been pitched as a battle between those in favour of the state ownership and those clamouring for a much smaller government role in the economy. What often gets lost in this age-old ideological debate is that the national airline in its current guise poses a risk to the sovereign. Reducing that risk should be the overall objective. Read my full Business Day column here.

This is a weekly newsletter from BLSA CEO Busi Mavuso.

nuclear is the way to go

Sorry, but nuclear is NOT the way to go. Unless you are a connected ANC tenderpreneur, salivating at the prospect of scooping up mega-fat kickbacks. No nuclear plant in the world has ever been completed on time or within budget. Starting now, nuclear would take a minimum of ten years to become operative – probably longer – at a cost of billions of rands. Which we do not have to spare. And any deal with Russia (e.g. Rosatom) would be horribly fraught. Meanwhile we have battery prices reducing sharply (85% down in the last decade), a very successful Hornsdale storage project in Australia (Google it), and 2500 hours of sunshine compared with Europe’s 1000. Plus a 3000 km coastline where the wind always blows. We need to start much more local manufacture now. Train workers to adapt to solar and PV installations. It’s the obvious way to go, and it’s good news that the govt has finally seen that.

Precisely! Even the much vaunted pebble-bed reactors have not got close to being viable in China.

The Hornsdale battery can store 129MWh. Winter demand in South Australia peaks at about 2500 MW whereas summer demand peaks at over 3000MW. How long will the Hornsdale battery power South Australia during peak periods? Three minutes. The purpose of the battery is solely to ensure the grid does not fall over during the switchover to Victoria and NSW coal power. In South Australia they said “the wind was always blowing”. There is 1400MW installed capacity over there. At times, for days on end, the wind farms produce about 50MW. The problem is storage. South Australia produces more energy than it needs but at the wrong time. How and where do you store a kWh? Pumped storage, if there was one, wastes 30% of the energy. Batteries are a bit better but only the rich can afford a R150000 13kWh Power Wall. Replace every seven years. Even I produce more electricity with my 6.6KW solar system than I use. Again at the wrong time.

There is no indication of costs of this “procurement”. The big issue is that Eskom does not relinquish control to the free market. The only workable solution is to privatise each power station, the grid and the retail function. Run the grid as a regulated monopoly who is free to trade with whomever on an arms length basis. If renewables are so marvellous, cheap and available 24/7 then the market will recognise this and kill coal, nuclear and gas. The free market will kill high cost producers.

Most people would be horrified if the ANC, with their sterling track record, decided to administer food production, distribution and sales. Why then do we believe that they can do anything but a shocking job with electricity?

Whilst this is good news the world has moved to renewable energy on a large scale. I assume that we are still looking for solutions using coal
– probably the dark monsters.

“Those offering the best prices and socio-economic benefits will be selected.”

Let’s hope that this is not yet another BBEE “opportunity” to supply unworkable, overpriced product in the same style of operation as we have just seen in the supplies of COVID-19 material.

What about the huge gas reserves off shore in Mozambique? Politically unstable but it’s there as a longterm energy souce close to SA’s major industry zones.

No doubt our increasingly closer ties with China will see an influx of cheap solar photovoltaics.

“The IPP Office has overseen four rounds of bidding in the renewable energy programme with great success.”

Who are the decision makers in the IPP office and which companies submitted bids?

This government have many a plan. But the implementation never happens.

The emergency 2000MW procurement is completely flawed so let’s skip that one. The rest we may manage to get something right.

Nothing has changed unfortunately. The communist control mindset is reflected with Eskom as the gate keeper. Why cannot power producers sell directly to companies and municipalities? In that way the Eskom tree can be left to whither and die. It is too big a problem to try and fix. 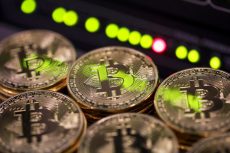