Additional power to be procured from renewable, gas projects.
By Antoinette Slabbert 20 Apr 2015  00:23 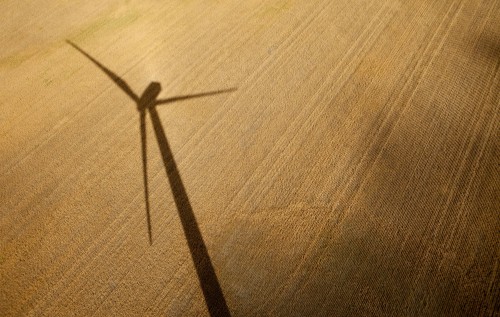 The 13 successful renewable bidders* announced by Energy Minister Tina Joemat-Pettersson on Thursday will start commissioning in November next year, supplying a total of 1 121 MW to the energy-starved Eskom grid.

Added to the 4 322 MW of renewable power generation already procured during the past four years (excluding the latest 13), it represents a total investment of R168 billion in renewable energy, the minister said. (Note, Eskom’s Medupi project will ultimately have a generation capacity of 4 800 MW.

She said further awards will be made by May in the current bid window, while a further 1 800 MW will be procured during an expedited procurement process from unsuccessful bidders from all four bid rounds of the department’s renewable energy procurement programme. The request for proposals will be issued in June.

Requests for proposals in the fifth bid window will be issued in the second quarter of 2016.

The department will expand the renewable programme by submitting a determination of a further 6 300 MW of renewable energy to be procured from independent power producers (IPPs) to national energy regulator Nersa, which has to issue generations licences.

In a separate programme, the department has received 29 bids from small-scale IPPs for projects totaling 139 MW. These projects can generate between 1 MW and 5 MW of electricity each and the department is currently seeking to procure 50 MW of the intended ultimate total of 200 MW.

The department is simplifying this procurement process and is working with National Treasury to encourage development funders to create a funding mechanism for these small-scale developers, Joemat-Pettersson said.

A request for proposals for gas generation projects aimed at procuring 3 126 MW will be issued by the end of this month.

Joemat-Pettersson said bids for the first window of coal IPPs are expected by the middle of this year. The department will procure a total of 2 500 MW in units of 600 MW each.

A request for proposals for 800 MW of co-generation will be issued this month and preferred bidders are set to be announced in the third quarter. The amount procured may be increased, says Joemat-Pettersson.

The department has further assessed 150 responses to its invitation for proposals for demand reduction, load shifting and energy efficiency. Forty-two medium-term opportunities have been identified and procurement will start in the second half of the year.

On the regional front, South Africa signed a treaty in March with the Democratic Republic of the Congo to import 2 500 MW of hydro power from phase three of its Inga project and has the right of first refusal on 30% of capacity in future phases. Officials of the two countries met in Pretoria this week to conclude project agreements to give affect to the treaty, she said.

*The 13 successful bidders are:

About time too did Loemat really think that Eskom would get fixed overnight. It is a matter of every MW counts. Pity they dragged their heels on this as some projects now have to be restarted after contractors left after phase 1. In some cases Eskom made it so expensive for the projects to connect that the projects became unfeasible. Took a lot of persuading to convince them they were wrong, just another money making scheme from Eskom.

Be that what it may, this figure is misleading. This is sum of the nameplate capacities of the systems i.e. what they can produce under ideal conditions. The true power value is, on average, 15 to 20 per cent of this, or the energy thus produced will be about 200MWh per hour on average not about 1000MWh per hour.

What one should be asking is what is the energy not power that these systems produce? What is the cost per MWh and at what price this will be sold to Eskom?

When energy is sold to the Eskom @ R3 per kWh and it is sold to the municipality who retails it to the consumer @ R1.50 per kWh, financial journalists worth their salt should start to ask some difficult questions.

This will not save SA although Tina is well heeled to kick the can down the road for another day. The 6th turbine at Duvha (if it were operational) will produce more than twice the energy and on demand when it is needed.

I long for the day when anyone who has responsibly generated energy to sell, may do so without first having to kiss governments butt.