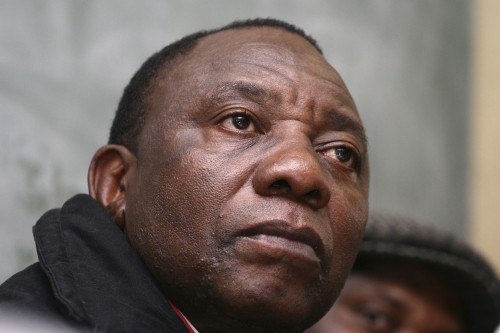 Power utility Eskom is racing to recruit as many skilled people as possible, regardless of their skin colour, Deputy President Cyril Ramaphosa said on Wednesday.

Responding to questions in the National Assembly, he told MPs he was not aware of so-called “backroom”, race-based retrenchments taking place at Eskom, though there had been voluntary retrenchments.

“When it comes to the issue of retrenchments, there was a process of asking people to take voluntary retrenchments. That has since been stopped… because we want to retain as many skilled people as we possibly can.”

Eskom needed to retain all its skilled people.

“We have, I must admit, lost quite a number of skilled people in Eskom, and the race is now on to attract as many more skilled people as possible within Eskom. And yes, to go on merit, not to go on skin colour.

“But at the same time, Eskom also has a task to make sure that as many young black people — who can come into Eskom, who have qualification and skills — should be brought into Eskom, so that [it] begins to reflect the democratic nature of our society… “

Earlier this month, it was reported that Eskom was planning to reduce the number of white engineers and artisans it employed to comply with new government requirements.

Eskom has since denied it has a policy of retrenching employees based on race.

“This includes… co-generation with the private sector and entering into contracts with independent power producers (IPPs). This process is under way and a number of negotiations are currently being held.”

IPPs were currently providing about 800MW power to Eskom through short-term co-generation contracts.

Further, discussions were underway on longer-term co-generation contracts, to provide additional power from the end of this month.

Government had also entered into contracts with IPPs to provide peaking power of 1000MW.

“It has also issued proposals to the private sector for a new coal-powered power station of 2500MW.”

On the suspension last week of four senior Eskom executives, he noted they were on a three-month leave of absence, during which time a “clearer executive future will be determined”. He did not elaborate further.

Ramaphosa said government had recently been approached by the business sector, including labour, who wanted “to put forward a number of practical proposals” on the current electricity crisis.

Asked if an end was in sight to Eskom’s problems, he responded: “Is there light at end of tunnel? Yes, there is.”

This drew an amusing response from Democratic Alliance leader Mmusi Maimane, who pondered: “I wonder if the light at the end of the tunnel will come on between 2pm and 3pm, and between 6pm and 7pm.”

Ramaphosa also commented on Eskom’s financial situation, which he described as a matter of “great concern”.

He assured MPs it was being addressed.

The biggest culprit was “voluntary retrenchments”. Approaching them would be your best bet. They are skilled. Try and get them back into the system as soon as possible.