Excellent progress being made with structural reforms, says National Treasury The increase of the energy self-generating licence threshold to 100MW and the successful broadband spectrum auction are among the ‘fully completed reforms’. Image: AdobeStock

Excellent progress is being made with the reform agenda of Operation Vulindlela, the joint initiative launched by the Presidency and National Treasury in 2020 to accelerate the implementation of structural reforms and support economic recovery post the Covid-19 pandemic, according to National Treasury.

Nomvuyo Guma, chief director of macroeconomics at National Treasury, said on Thursday they started by tracking 26 reforms and, of those, five are completed and off the radar.

Guma said an additional 18 reforms are progressing well and are on track.

However, Guma said they believe two reforms – which she did not name – are “critically endangered” in the energy space and interventions are being implemented, while attention is also being paid to “one or two” reforms where there are challenges.

“But overall we think that the reform agenda is progressing quite well. The overwhelming majority of the reforms are either completed or are well on track,” she said.

Guma was speaking at the launch of the second phase of the Southern Africa – Towards Inclusive Economic Development (SA-TIED) programme, which supports policy making for inclusive growth and economic transformation in the Southern African region.

It is a collaboration between National Treasury, the United Nations University World Institute for Development Economics Research (UNU-WIDER) and many other governmental and research organisations in South Africa.

The programme is being implemented with partial funding from the European Union (EU), with the United Kingdom’s Foreign, Commonwealth and Development Office announced on Thursday as an additional partner.

She said they are now looking for ways in which they can accelerate the implementation of energy reforms to help independent power producers to actualise the benefits of that reform.

Guma said they had the first auction of broadband spectrum in over 10 years despite initial concerns that pending litigation might influence the outcome of the auction but that did not happen and “we look forward to better broadband access and lower prices”.

Finance Minister Enoch Godongwana said the second phase of SA-TIED follows the successful first phase of the programme that was rolled out between 2017 and March 2022.

He noted that the programme seeks to improve the interface between research and policy by fostering partnerships between experienced academics and government policy specialists to respond to key policy gaps. 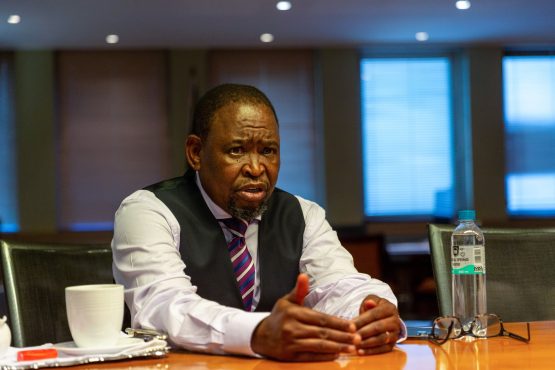 “Too often, research on the South African economy has focused on diagnosing the problems but stops short of giving policymakers practical suggestions. It is this that SA-TIED is seized with,” he said.

Godongwana said the first phase was able to respond to the sudden and critical challenges created by Covid-19 and inform thinking on long-standing issues of inequality, poverty, and stagnating growth.

“With regard to Covid-19, research was rapidly produced to inform government interventions. SA-TIED was also able to provide technical research support to Operation Vulindlela,” he said.

Godongwana said the economic stagnation of the past decade, coupled with the impact of the Covid-19 pandemic, means that much of the progress achieved in the earlier period of democracy could be derailed.

“We are also faced with global challenges, such as climate change. As we navigate these internal and external uncertainties, which present both risks and opportunities, evidence-based decision making will be critical,” he said.

Godongwana said SA-TIED Phase 2 will continue to work alongside decision-makers to build the evidence base for improved policy-making, with the key focus areas of phase two including:

Godongwana said two further key focus areas had been added to this list during tea prior to the launch event: climate change and using the unions as a form of government housing financing.

‘Curious approach’ to be adopted

Professor Kunal Sen, director of UNU-WIDER, said the second phase of SA-TIED will carry forward the key principles that have already proven themselves successful but will adopt a curious approach to explore new research areas, collaborations and activities that can result in even larger impact on the ground in both the short- and long run.

“South Africa has been at the vanguard of data collection in sub-Saharan Africa with strong and long-standing institutions collecting data for research purposes.

“Making tax administrative microdata available for research purposes places South Africa at the forefront of big data research for development and puts the country in a novel position relative to other developing and emerging economies,” he said.

British High Commissioner to South Africa Antony Phillipson said the UK is looking forward to building on the momentum established in phase one and supporting South Africa’s ambitions to create inclusive economic growth across all parts of the economy.

Phillipson said economic reforms, as set out in South Africa’s Economic Reconstruction and Recovery Plan, are a crucial way to deliver that inclusive economic growth for all citizens in South Africa and strongly believes this next phase of the programme “can be part of making those ambitions a reality”.

Are these policymakers able to predict the future? Do they possess a superior understanding of economic activity and human behavior? Are they geniuses who are able to see and predict what is best for consumers, while those consumers themselves are unable to predict their own spending habits? Did these policymakers and planners not grow up in the same hut on the hillside between the cow dung as the rest of the population? Did they not attend the same dilapidated schools with the same underperforming SADTU teachers, who failed to teach the inferior and dumbed-down curriculum?

They are no better than the rest of us, but all of a sudden, they have the power to prescribe to us, regulate us, determine what is best for us, and direct our future in any direction they see fit. Will their constrained cognitive ability, lack of understanding and experience, and ignorance of history, economics, and sociology not show in the results of their planning? Will the results not resemble the planner?

Well, the sewage runs down the streets to pollute the drinking water. The unemployment rate is nearing 50%. The Debt/GDP ratio is unsustainable. All SOEs and 90% of municipalities are bankrupt. The public sector wage bill is bankrupting the nation. The municipal rates and taxes destroy business activity and investments. The most industrialized economy in Africa is without electricity to power the industry.

We don’t need these planners with their illusions of grandeur. We need a small government and a large private sector. Allow citizens to plan for themselves because, in the end, they pay the price for all the planning. We need entrepreneurs, investors, employers, and workers to be accountable for their own plans. We don’t need a developmental state. These socialist central planners are bankrupting the nation with their failures. They are making their planning errors on our time.