‘We need to move to a much more restrictive setting in terms of interest rates and policy, and we need to do that as quickly as possible,’ Waller said.
By Craig Torres and Steve Matthews, Bloomberg 8 Jul 2022  07:57 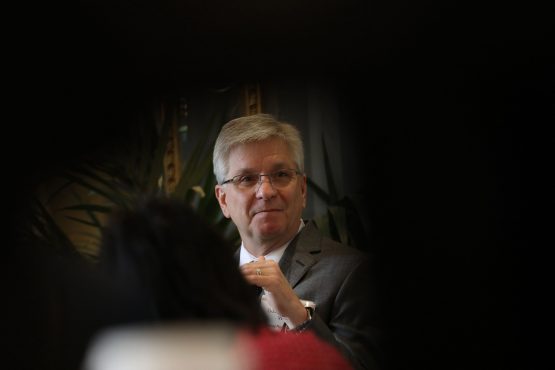 Two of the Federal Reserve’s most hawkish policy makers backed raising interest rates another 75 basis points this month to curb inflation, while playing down fears the US economy was headed for recession.

Governor Christopher Waller and James Bullard, president of the St. Louis Fed, both stressed the need to get policy into restrictive territory to confront the hottest price pressures in 40 years, even if this meant slowing growth. Both are voting members of the Federal Open Market Committee this year.

“We need to move to a much more restrictive setting in terms of interest rates and policy, and we need to do that as quickly as possible,” Waller said Thursday during a webcast hosted by the National Association for Business Economics.

“So I am definitely in support of doing another 75 basis-point hike in July, probably 50 in September. And then after that we can debate about whether to go back down to 25s, or if inflation doesn’t seem to be coming down we have to do more,” he said.

While Waller and Bullard are viewed as being part of the Fed’s hawkish wing, their case for front-loading rate hikes has broad support. Minutes from the June FOMC meeting released on Wednesday showed central bankers were prepared, if necessary, to combat inflation by tightening policy even further than anticipated in their latest forecasts.

Those projections, which were updated last month, see the Fed’s benchmark lending rate reaching 3.4% by December and peaking in a target range of 3.75% to 4% next year, versus a current range of 1.5% to 1.75%. One more jumbo rate hike would lift that range to 2.25% to 2.5%, vaulting policy into territory they estimate to be around the neutral rate that neither speeds up nor slows down the economy.

Policy makers acknowledged that more restrictive policy could slow the economy, according to the minutes, but they saw the return of inflation to their 2% target as their critical mission.

Inflation according to the Fed’s preferred measure accelerated 6.3% in the 12 months through May. A separate gauge of consumer prices is expected to show a 8.8% year-over-year increase in June, according to economists surveyed by Bloomberg News. The Labor Department report will be released on July 13.

Waller had previously said the central bank is “all in” on the inflation fight, and has backed another 75 basis-point interest-rate increase when the Federal Open Market Committee meets July 26-27. That would match the move it made last month, which was the biggest increase since 1994.

Concern that the Fed could go too far and tip the economy into recession has convulsed financial markets. But Waller called those fears overblown, adding that he saw a “good shot” that the economy will have a soft landing — meaning that the Fed’s interest-rate hikes will slow inflation without sparking a recession.

Waller, who was previously research director at the St. Louis Fed before becoming a governor in December 2020, cited the “robust” US labor market for his confidence that the economy could weather more expensive borrowing costs.

Higher interest rates have slowed interest-sensitive sectors of the US economy such as home sales, and punished stock prices, with the S&P 500 index down about 18% this year. But the economy still shows plenty of signs of growth. Economists estimate that nonfarm payrolls for June, for example, rose by 268,000. The monthly employment report is published on Friday.

A payroll number in that range would historically be regarded as “phenomenal,” Waller said, noting that “this is a pretty spectacular labor market.”

Bullard, speaking at a separate event on Thursday, made a similar argument. The US has “a good chance of a soft landing,” and while there are always risks, that is the base case, he said.

“When I see all these recession prediction models out there, I have to smile a little bit because we know it’s not really that easy to predict a recession,” he later told reporters. “These models might have a little bit of predictive power, but very little. In general, macroeconomic forecasts aren’t that good for GDP growth out even 12 months or 18 months. After that, the information content goes down to zero.”